Wales assistant coach Rob Howley has been sent home six days before the team's opening match at the Rugby World Cup in Japan over a possible breach of World Rugby's rules about betting. 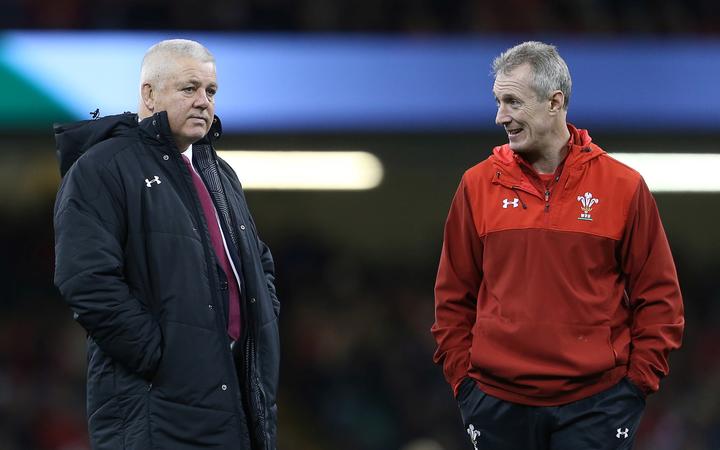 Howley, 48, missed Wales' welcoming ceremony in Kitakyushu on Monday and will be replaced in Japan by former fly-half Stephen Jones.

"The WRU can confirm that Rob Howley has returned to Wales to assist with an investigation in relation to a potential breach of World Rugby regulation 6, specifically betting on rugby union," the governing body said in a statement.

"The decision was taken to act immediately in light of recent information passed to the WRU.

"No further details can be provided at this stage as this would prejudice the investigation. If required an independent panel will be appointed to hear the case."

Howley has been an integral part of boss Warren Gatland's backroom team since the New Zealander took charge.

The ex-Wales and Lions scrum-half was already set to leave his role after the World Cup.

Howley had been linked with the Italy head coach job with current incumbent Conor O'Shea expected to depart next year, but that now looks unlikely.

The former Wales scrum-half has been part of Gatland's backroom staff since being appointed in January 2008 and was one of the first backroom recruits, and also played under him at Wasps.

Since he became part of the coaching set-up, Wales have won four Six Nations titles, including three Grand Slams.

Howley was in charge of Wales' 2013 Six Nations success when Gatland was away on a British and Irish Lions head coach sabbatical.

He was also part of Gatland's winning Lions coaching team in Australia in 2013 and the drawn series in New Zealand four years later.