South Africa's assistant coach Mzwandile Stick is hoping for a strong performance by the match officials when they take on New Zealand in their Rugby World Cup opener in Yokohama on Saturday. 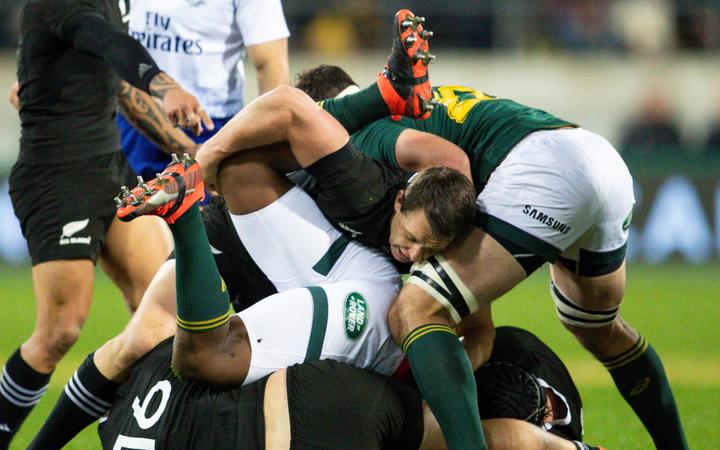 The Boks have previously felt they have not always got the rub of the green from the officials in clashes with the world champions, especially in areas such as the breakdown and scrum.

With only two points separating the sides on aggregate in their last four matches, it suggests fine margins could decide the Pool B opener.

"Hopefully the match officials will respect the game because if you look at the way things are between us and New Zealand, I think we're more balanced now," Stick said.

"If you look at the previous history when you look at the All Blacks, they've been dominating. When they go to the World Cup, sometimes they become favourites. We are at an equal level at the moment.

Stick said there was no out-and-out favourite to lift the trophy this time, saying any of the teams at the top of the world rankings -- Ireland, New Zealand, England, South Africa and Wales -- could lift the Webb Ellis Cup.

"If you look at the top five teams at the moment, each one of them has a good chance to win this World Cup," he said.

"If you look at the recent results, even in the northern hemisphere, where Wales beat and lost to England, it's been very close. It's been a proper build-up to this World Cup.

"Hopefully the officials will treat every team equally, and respect the games and the fans."

Stick believes the Boks could not have done much more in the build-up to their tournament opener as they enter the World Cup unbeaten in 2019 and as Rugby Championship holders.

"We've done a lot of hard work as a team and as a coaching staff. I feel that we're all aligned and I don't think we could have asked for a better build-up to the World Cup."

They also face Italy, Namibia and Canada in their pool.