Tickets are still available for seats at the Rugby World Cup final at Twickenham, with prices ranging from $1300 to an eye-watering $18,000. 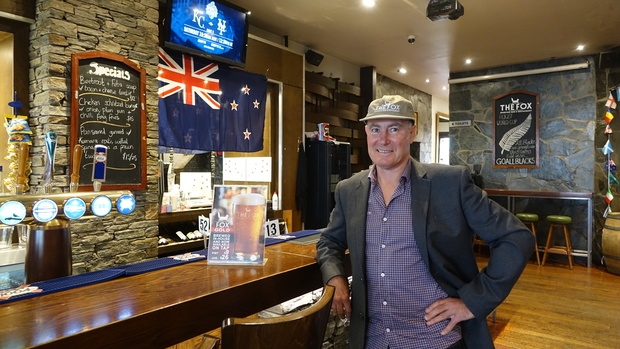 The All Blacks and Australia face off in the final at Twickenham on Sunday.

Olivier Wheeler, a spokesman for international secondary ticketing website Viagogo, said there were some great bargains available - despite one person on the site asking more than $18,000 for their ticket.

People could offer tickets for whatever price they liked but the market decided what it was worth, Wheeler told Morning Report.

Tickets were going for under face value, with category 'A' tickets selling for about $1300, he said.

"A lot of tickets come on to the market unsurprisingly when each of the home [teams] went out of the tournament, and that led to a lot of tickets, which led to prices crashing," Wheeler said.

The bargains were great for people who had had to pay a lot of money for flights and hotels.

Meanwhile, fans on both sides are getting ready to watch the world's ultimate rugby rivals face off.

In Auckland, Brett MacLean has decked out his sports bar The Fox for the tournament; with the flags of the two rivals taking centre stage behind the bar.

MacLean said the bar had been "crazy busy" during the big games so far and he was expecting crowds this weekend.

"It's like a Bledisloe on steroids. I mean, anything could happen but it will be the big one."

The early starts had not put the punters off, MacLean said.

"The crowd really gets in a wild state when their team wins, and we're kind of looking forward to the All Blacks coming through on the final... It'll be pretty intense in here." 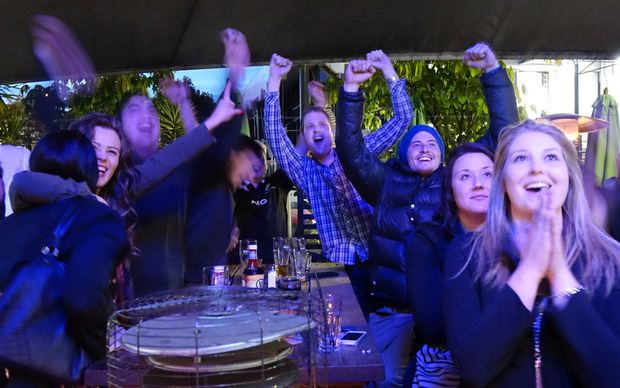 Other rugby fans out and about in Auckland told RNZ said they would be watching the game from home, and backing the All Blacks.

"I'm totally loyal, so I know they're going to win, big time," one person said.

"Very confident they're going to pull through, because they've got Richie McCaw and Dan Carter," another fan added.

Others were just keen to have the tournament over and done with.

"I think it was because there was only one TV channel on TV when I was growing up," said one woman in Nelson. "You had days of cricket or rugby or horse racing. Boring!" 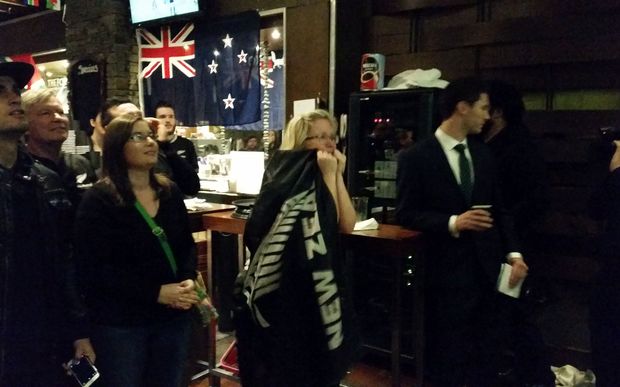 A tense moment at The Fox in Auckland during New Zealand's semi-final. Photo: RNZ / Anusha Bradley