No matter what happens in the Rugby World Cup final on Sunday, there'll be serious celebrations - and perhaps a few tears - afterwards. Some very, very big names are playing their last games in All Black jerseys and they'll leave a sizeable hole. 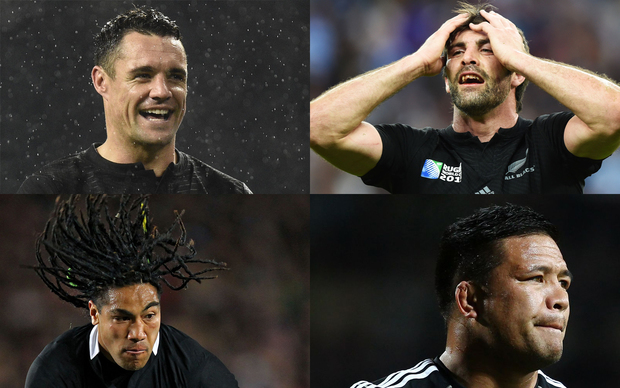 Here's a quick rundown of who's heading off and where they're going:

That's right: despite the media presuming that McCaw's career will end on a freeze frame with him holding up the World Cup before slowly fading to black, he might actually have other plans.

He's currently 34, no spring chicken in international rugby terms but hardly the oldest player on the paddock.

Former All Black Brad Thorn recently bowed out of top-flight rugby at age 40, while Victor Matfield will continue his epic career later this season at Northampton with more than a few grey hairs on his 38-year-old head. 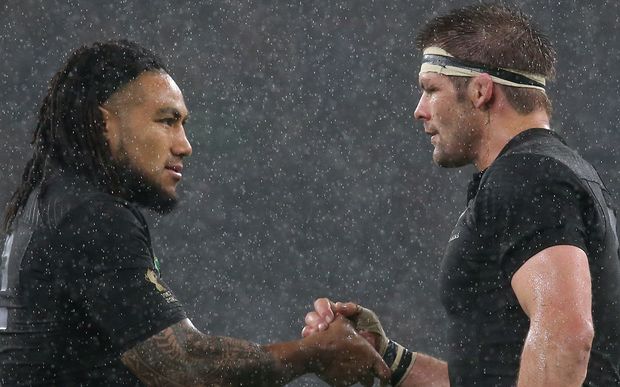 So why all this talk about Richie being put out to pasture? His story is so perfect, we want him to have the perfect ending. But it would be sad if he was pressured into giving the game away just because of that.

He's playing well enough to be the first choice openside in the best team in the world - surely he's not just going to fall to bits after the World Cup?

Then again, with the last 14 years of his life spent training at the highest level, being forced to appear in awful Mastercard ads and, lately, having to put up with John Key deciding to be his best friend, maybe retirement doesn't seem such a bad option after all.

Meanwhile, the other four confirmed departures leave a legacy so rich it has given highlights editors some serious extra work this week.

Carter's torment of the Lions in 2005 stands out as the greatest performance by a first five in Test history. Nonu's comeback to be a Test centurion despite being dropped for the 2007 World Cup speaks volumes about his commitment.

Smith's All Black journey started with scoring with his first touch of the ball 11 seasons ago, while Mealamu's 131 caps make him second only to McCaw. 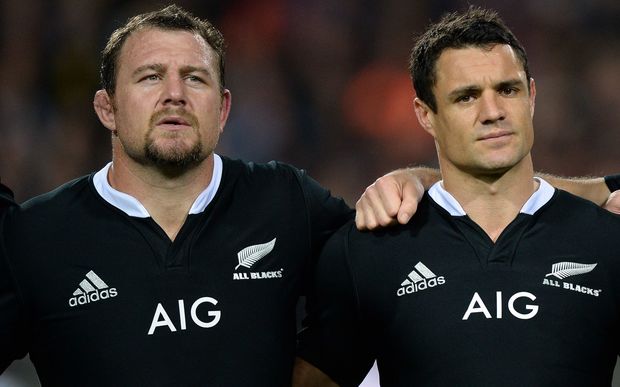 There's one other name that should be on that list but sadly Tony Woodcock played his final match a couple of weeks ago against Tonga. An injury meant the only All Black to score a try in a World Cup final since 1987 had to cut his 118-Test career short before the big dance.

This is the most unprecedented exodus of experience and leadership that has ever happened in All Black history. The loss of these players will test New Zealand Rugby's succession plan, however there is plenty of evidence that it's not going to be the end of the world.

Their replacements have all not only had Test experience, but most of them are already in the All Black squad. And, with Sam Cane, they've even got a guy who looks a bit like Richie McCaw. 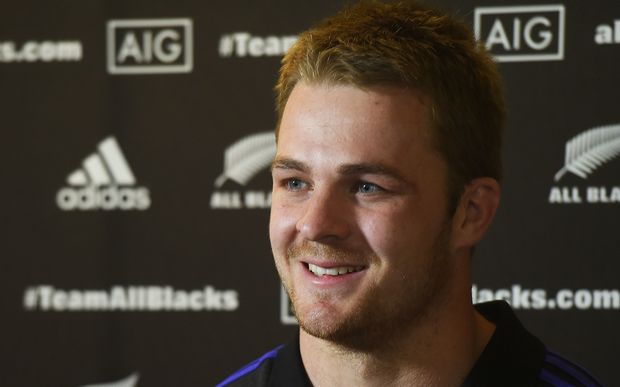 So Sunday morning will be a time to say goodbye - a sad one but hopefully a triumphant one too. They'll all take off to their well-deserved French pay packets or, in Mealamu's case, to spend more time with family.

And hopefully Richie will tell us his plans.