Three rugby legends are making predictions about what will happen when the All Blacks meet Australia in the Rugby World Cup final on Sunday. 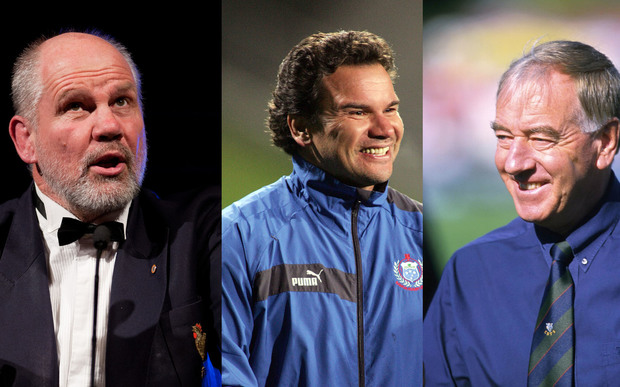 FitzSimons, tongue presumably firmly in cheek, said in his Sydney Morning Herald column Australia would prevail - as this was the natural order of things when the two countries competed.

"They're Australians. Their opponents are Kiwis. The natural order of things is for our people to finish on top, as witness the finals of both the cricket and netball World Cups this year when, on both occasions, our team put down noble and quite amusing rebellions from the Shaky Isles team."

This morning he was more circumspect.

"Of course the All Blacks are the benchmark, they're the incumbent world champions, they're the ones most likely to win."

But FitzSimons said the Wallabies' record in the northern Hemisphere was impressive and they seemed, he said, to particularly enjoy Twickenham.

"So there's no doubt the All Blacks are favourite but, I reckon we're a reasonable chance," he said.

Michael Jones picked the All Blacks to win the final, but only by a few points.

Jones said that in World Cup rugby the men in green and gold had the edge.

"In the 90s when we were playing, they had such an intelligent group of players, we really had to be at our very best.

"In World Cups they've beaten us twice out of three times and so they have the metal on us there."

But Jones said this All Blacks team was "very special".

But he said the Australians looked like a team enjoying themselves.

"They've got a fantastic team spirit and camaraderie in the team, they enjoy each other, playing rugby together and that makes them dangerous - and when it comes to a World Cup final it's all on.

"If you look at the individuals and look at the performances, yes the All Blacks should win 19 times out of 20, but it's a World Cup final and those rules just go out the window."

FitzSimons gave credit to both side's back lines, Ma'a Nonu in particular.

"I love Ma'a Nonu, just watching him play, that stutter step he plays, he's built like a prop and runs like Campese - he's just wonderful."

As to Australian dangerman David Pocock, Mains said the key was to take him out early.

"I think he is simply the best over the ball at ruck time, or ball on the ground time, that I've ever seen.

"To counter that, five metres out someone's got to line him up and as he's getting to the ball knock him over."