There are five major world cups in sport in 2019, Jamie Wall kicks us off with the one most New Zealanders will know about - the Rugby World Cup. 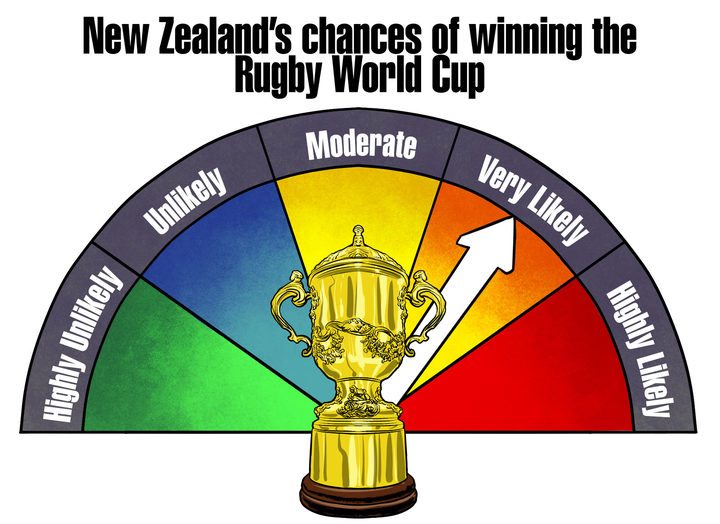 When and where is the Rugby World Cup?

Unless you've been living under a rock for the last few years, you should know that the sport's showpiece tournament will be held in Japan for the very first time.

From 20 September through to the final on 2 November, the All Blacks will mostly be based in Tokyo - with a couple of pool games held in Oita and Toyota City.

There are 12 venues in total across the length of Japan, which is roughly the same size as New Zealand geographically.

Population-wise, it's a different story, in the greater Tokyo metropolitan area alone there are 38 million people out of a national population of 127 million.

So it's fair to say they're not going to have many problems filling the seats in the stadiums.

What advantages do the All Blacks have at the Rugby World Cup?

The All Blacks are the two time defending champions, with final victories at Eden Park in 2011 and Twickenham four years ago.

In fact, this stat makes even more stark reading for the Northern Hemisphere teams.

Not one advanced past the quarter finals of the 2015 tournament, which means that not one single player from the current Six Nations sides has ever got to a knockout match at the World Cup and been able to brag about how they got to play the next week.

This is a huge psychological advantage for the All Blacks, whose business-like approach to winning can now draw on unique past success for their campaign.

What sort of planning have the All Blacks done for the Rugby World Cup?

The All Blacks are the only side to have effectively had a dry run at what life will be like during the World Cup.

Last year, they spent two weeks in Tokyo getting used to the training facilities and accommodation they'll be using for the tournament, which is based in a relatively remote part of Tokyo out near Disneyland.

Steve Hansen, somewhat controversially, also used a ton of new players on that leg of what was also a tour to England, Ireland and Italy, so any potential caps that get called up will be walking into an environment they've been in before.

Their game against Australia was at the Yokohama International Stadium, where the final will be held, so again there will be no surprises when they set foot on the pitch for their first match there.

Who will likely be the biggest threats to the All Blacks at the business end of the Rugby World Cup?

The All Blacks' first match will be an absolute battle.

It's against the Springboks, the All Blacks biggest historical rivals, and the most recent team to beat them on New Zealand soil.

Whoever wins that match will most likely play Scotland in a quarter final, although Scotland's pool also includes Ireland and Japan so it can be thrown into complete disarray with one upset result (and that's exactly what Japan did in the last tournament against the Springboks). 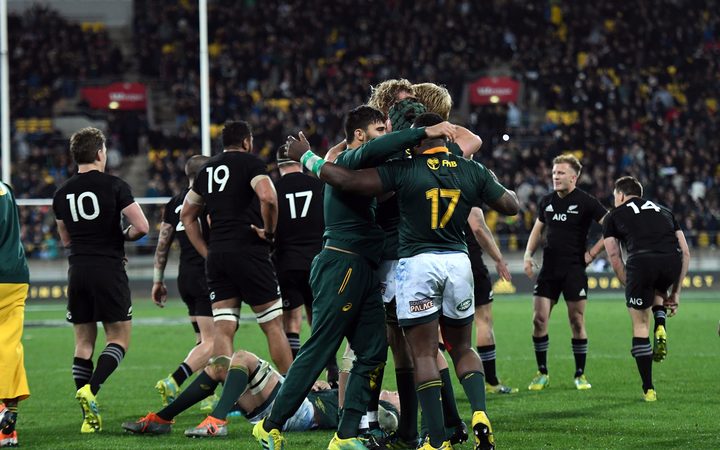 The Springboks beat the All Blacks in Wellington in 2018, will they be able to do it at the World Cup? Photo: PHOTOSPORT

The other side of the draw is even more dramatic, with England, Wales, Argentina and Australia all trying to make it through to a semi-final against one another.

However, the best possible scenario is actually quite likely. After playing each other in the first match, the only way the All Blacks and Springboks can face each other again is meeting in the final - which would be the most fitting way to decide who rules the rugby world.

How will Japan cope with hosting the Rugby World Cup?

Just fine. Their public transport system is mind-blowingly efficient, and you can get a bullet train from Tokyo to Oita for the All Blacks vs Canada game.

The stadiums are also very good for atmosphere and the weather around September and October is extremely pleasant.

The only real problem is that Japan is so dense that the feel of the World Cup may get lost among the million or so other things happening at the same time.

It's not going to be like it was when it was hosted in New Zealand, that's for sure.

For all the latest information on the Rugby World Cup, follow RNZ's dedicated page for the tournament here.

RNZ will be looking at all the major World Cups throughout the week - tomorrow we'll be casting the spotlight on the Netball World Cup.