Here's everything you need to know about one of the perennial favourite teams at the Rugby World Cup, Samoa. 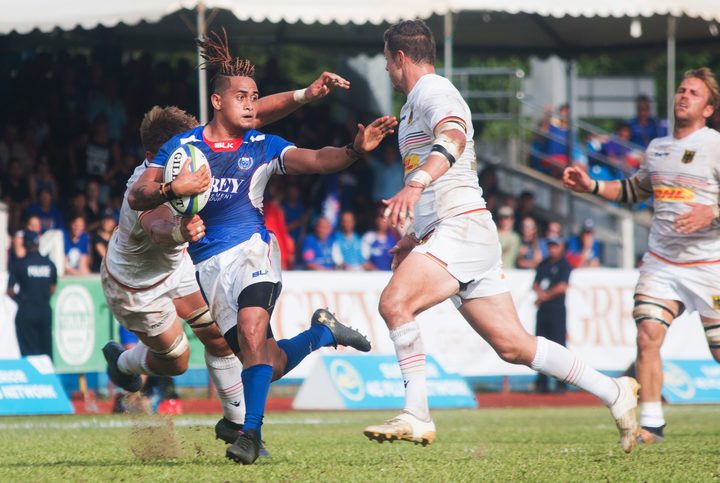 When will Samoa play at the Rugby World Cup?

The first game will be against Russia on Tuesday, September 24 at 7.15 pm in Japanese Time.

The second game is against Scotland on Monday September 30 at 7.15pm Japanese Time.

Samoa will play its third pool match against hosts Japan on Saturday October 5 at 7.30pm.

A week later it will play Ireland on Saturday October 12 at 7.45pm.

What pool is Samoa in this Rugby World Cup?

Samoa is in Pool A. It is one of the most competitive pools but, thankfully, isn't the "pool of death", Pool C. 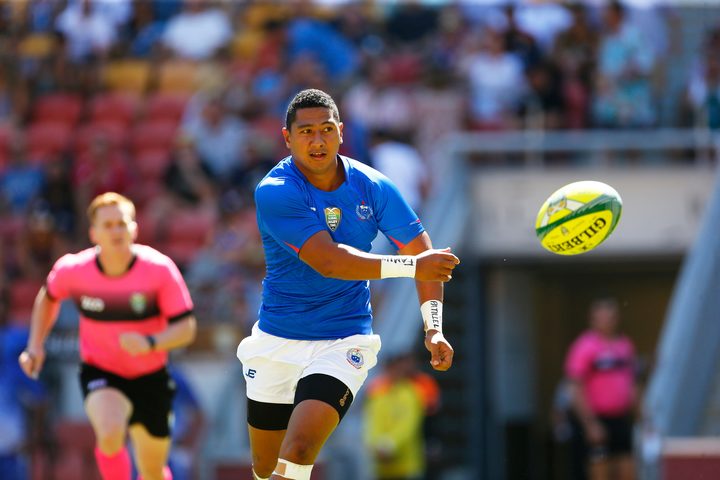 Patrick Fa'apale will start for Manu Samoa against Germany in Heidelberg. Photo: PHOTOSPORT

How many times have Samoa played at the Rugby World Cup?

What are Samoa's results like at the Rugby World Cup?

Samoa made up for their omission from the inaugural 1987 Cup by having a sensational Rugby World Cup in 1991 in Britain. They made the quarter-finals after finishing second behind eventual winners, Australia. They caused a sensation by beating Wales 16-13 in Cardiff and then soundly beat Argentina 35-12, six tries to one.

Their run ended when they lost to Scotland 28-6 in the quarter-finals at Murrayfield.

Their 1995 Rugby World Cup in South Africa was almost as good. They again finished second in their pool behind England. The team beat Italy (42-18) and Argentina (32-26).

But in the quarter-finals they once again had the misfortune of coming up against the eventual champions, losing to South Africa 42-14 in Johannesburg.

Samoa once again made the quarter-final play-offs at the 1999 Rugby World Cup in Britain.

Extraordinarily, the top three teams in the pool - Wales, Samoa and Argentina - all had two wins from three games, so there was no clear winner. The pool was decided on points differential so Wales and Samoa went through.

Samoa had beaten Japan (43-9) and, once again, Wales in a sensational game, 38-31. Again, though, it was Scotland who tipped them out of the quarter-finals. The team lost 35-20 at Murrayfield.

The next three Rugby World Cups - 2003, 2007 and 2011 - proved less successful. Samoa notched up some good results but never quite managed to make it out of the pool stages.

In 2015, they notched up just one win - against the USA, 25-16. They came achingly close to beating Scotland, losing 33-36, but were easily dispatched by Japan and South Africa.

Samoa has never played the All Blacks at the Rugby World Cup.

New Zealand and Australia have been in the finals four times. France and England have been finalists three times, though France has always been on the losing side of the results. South Africa has a 100% record for its two finals appearances. 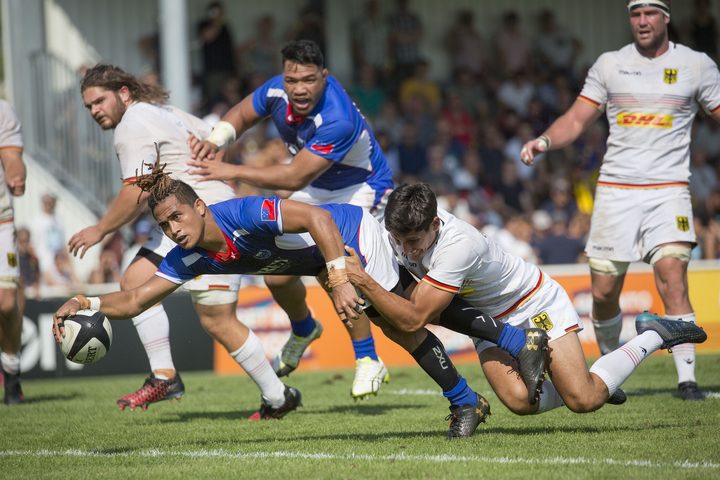