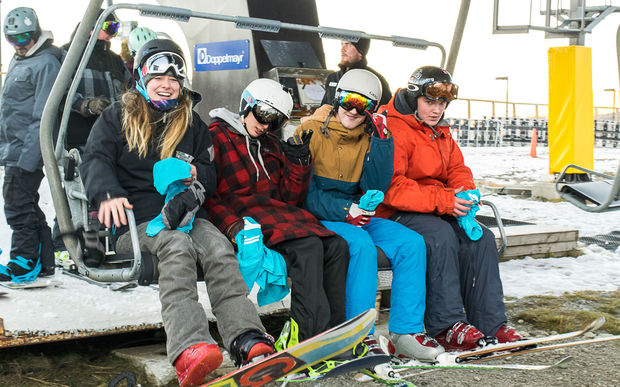 About 2500 people turned out in Queenstown on Saturday for the first day of skiing at Coronet Peak, despite forecasts predicting windy conditions up the mountain.

The ski area manager, Ross Copland, was thrilled with the turnout.

"It was an amazing day - and surprisingly so.

"We had a reasonably dodgy weather forecast with some pretty strong winds and some snow to 1200 metres but it's been an absolutely beautiful day, very little wind and clear blue skies most of the day," he said.

The turnout was close to a record for an opening day and their investment in creating new novice trails had paid off as beginner skiers flocked to the slopes, Mr Copland said. 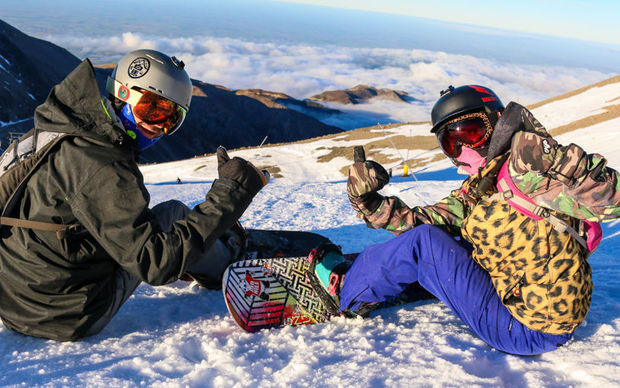 Further north in Canterbury, Mount Hutt saw fewer skiers but similar enthusiasm from those who made the trek up the mountainside.

The area manager, James McKenzie, was slightly disappointed with conditions, but very happy with the 1000-odd skiers who made it to the skifield, saying that was a "pretty good" number for opening day.

"Considering how the mountain's looking from Christchurch - it looks like a summer picture."

Mr McKenzie said high winds and warm temperatures had caused large dumps of snow on the mountain to melt in the week leading up to opening day, which meant the bulk of the snow had to come from snow machines.

"From a snow-making perspective, it (snow machines) really has saved our bacon for starting this early in the winter.

"Most of the snow we've got at the moment is stuff we've pumped out of our snow cannons, so it's fantastic to be able to fall back on that when Mother Nature doesn't deliver," he said.

New Zealand's ski season varies from mountain to mountain, but generally begins in mid-June and ends in early October.