The Wanaka freeskier Jossi Wells has won bronze at the penultimate slopestyle World Cup event of the season in Korea. 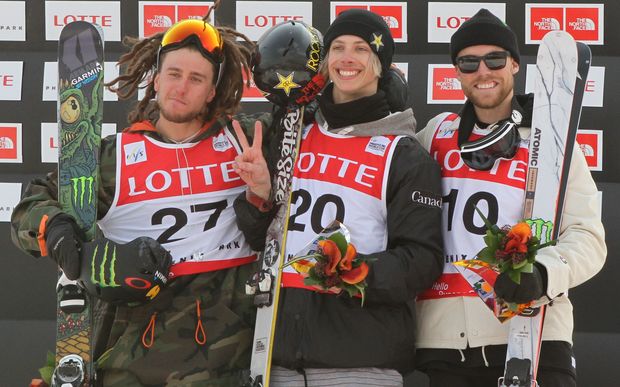 The challenging Bokwang Phoenix Park course played to the Kiwi's strengths as he made full use of the rail and jump features, pulling out an impressive repertoire of tricks.

The medal winners' scores were separated by less than one point.

He edged Henrik Harlaut into silver by .6 of a point after the Swede squeaked into the finals as tenth best qualifier.

Wells' medal winning run came down to his final attempt after his first two run scores sat outside of the medals.

"We knew we were on the right track but Jossi just needed to do the run really cleanly to get onto the podium," explains coach Bruce Wells.

Keeping a cool head and focusing on the task in hand, Wells nailed his final run for a score of 92.80 and the bronze medal.

Wells has been in exceptional form all season also winning gold at X Games earlier this month and silver at the Dew Tour in December.

Later on Sunday, fellow Cardrona NZ Park & Pipe team, Christy Prior will compete in the women's snowboard slopestyle finals, looking to repeat her qualifying performance which saw her top of the field ahead of Olympic gold medallist Jamie Anderson of the USA.

2nd feature: (a) Quarterpipe to hitching post. Forward to switch, stall, shifty(b) Flatrail. Switch on forward off. (c) Down flat down rail. Forward on, left 180,continue to switch off