The New Zealand ski season gets under way tomorrow after a worrying last-ditch spell of unfavourable weather. 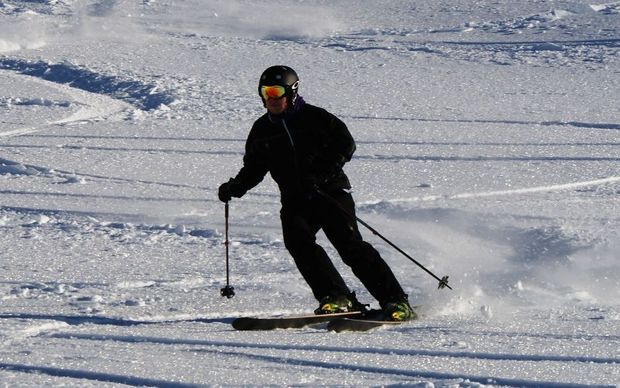 Chairlifts will open at Mt Hutt in Canterbury, and at Coronet Peak and Cardrona in Otago.

Managers at all three centres were delighted to get their core business under way once more.

But a manager at Mt Hutt, James Urquart, said he was worried for a while, because solid snowfalls over several weeks were put at risk by a sudden spell of warm weather this week.

"We have taken a hammering from north-westerlies in the past few days and we have probably lost 40 to 50 centimetres of snow.

"So it is going to main trail skiing and those will come up okay, but it is not going to be what it was a few days ago when everyone was really excited and so were we."

Cardrona also had to cope with fickle weather, but a manager there, Bridget Legnavsky said her staff had been able to manage.

Its ski area manager, Ross Copland, also had to deal with a last-minute turn in the weather.

"We have had a really nice start to winter with some great snowfalls over the last couple of weeks," he said.

"It has turned and warmed up in the past couple of days with the weather system that hit the East Coast of Australia making its way down to Queenstown.

"But it is turning cold again and we are in good shape and looking forward to winter."

The weekend's weather forcecast was for rain falling as snow above 1800m at first, later in the weekend coming as low as 800m.

None of this would be available for North Island skiers, who would have to wait until next month.