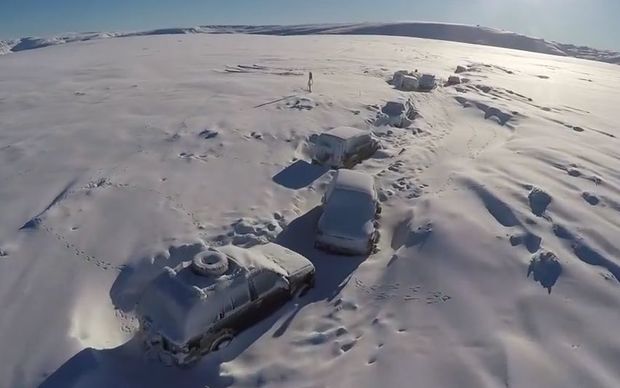 An attempt is being made to recover the group of 4X4 snowed in Central Otago back country. Photo: Facebook / Heliview

An attempt by the four wheel drive group at the centre of last week's dramatic rescue to recover their vehicles has been approved by the local authority.

The recovery is expected to get underway over the next few days, after delays this morning waiting for the council's decision.

Police have said the recovery operation is hazardous and the Central Otago District Council has said it will force the group to pay for any damage caused to the road during the operation.

The council's chief executive, Leanne Mash, told RNZ News the council had agreed to allow the group access to the road, but had a full list of their names and would bill them for any damage to road fences, drainage or other council property.

Ms Mash said the initial decision by the group to go into the area was questionable, but the council would not be making any attempt to recover costs from the rescue.

Most of the costs were with other agencies, and it was up to those agencies whether to make attempts to get money from the group, she said. 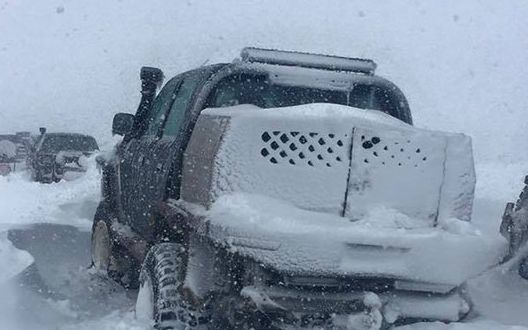 The group was eventually rescued after almost 24 hours on top of the Old Man Range. Photo: SUPPLIED/whatsoninvers.nz

Central Otago Four Wheel Drive Club president Curtis Crawford said the group should donate to the hundreds of thousands of dollars that the rescue is believed to have cost.

Mr Crawford also said the group should make a public apology for going into the Old Man Range when the forecast was for heavy snow. The group included men, women and children.

The weather was so bad when the group got stuck that some vehicles were buried under two to three metres of snow.

Rescue attempts by helicopter were impossible due to the poor weather and a ground rescue team was stranded by heavy snow during the first night trying to reach the group.

The group was eventually rescued after almost 24 hours on top of the Old Man Range.

Most of the group has avoided speaking with media and have not explained the background to their journey into the mountains during the first heavy snow of the winter.

The successful rescue involved police, ambulance and fire brigade, as well as the Red Cross, both military and civilian rescue helicopters and a large number of specialist mountain rescue volunteers.

It is not clear whether today's recovery attempt is being funded by the four wheel drive enthusiasts or their insurance companies. 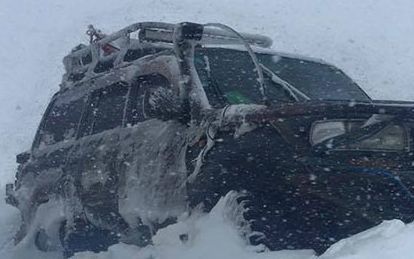 Central Otago District Council says it will make the group pay for any damage to road fences, drainage or other council property during the recovery. Photo: SUPPLIED/whatsoninvers.nz