They are just some of the methods being trialled at a new facility near Christchurch.

The predator research enclosure was opened on Thursday near Lincoln University and is the latest investment from the charitable group Zero Invasive Predators (ZIP).

Formed last year, it's funded by the Department of Conservation, the NEXT and Morgan Foundations and Jasmine Social Investments to the tune of $20 million.

Its aim is to transform the way pests are managed in New Zealand. 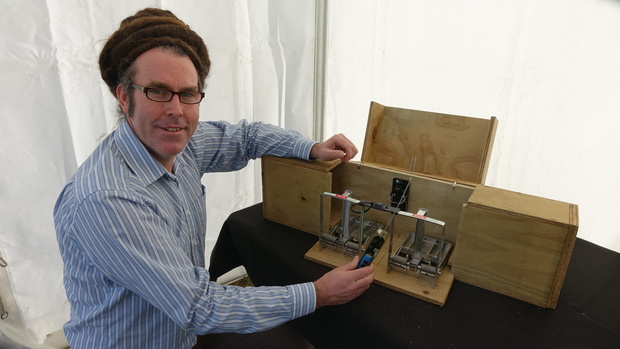 The new facility is surrounded by a predator-proof fence, not to keep rats, stoats and possums out but to keep them in.

Trials will be conducted employing new methods in a controlled environment before they're tested again in the field.

One strategy that's had some early success is the use of old bedding used by stoats on heat to attract the pests to traps, something that is normally achieved through the use of food. 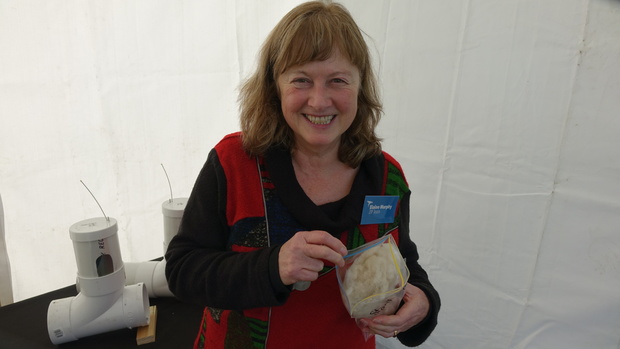 Dr Elaine Murphy with some of the stoat bedding being used as a lure. Photo: RNZ / Conan Young

ZIP principal scientist Dr Elaine Murphy said early trials showed using scent as a lure was successful 90 percent of the time as opposed to food lures which only worked half of the time.

"We've been working with Plant and Food Research because the ideal would be to distil this bedding into a long life liquid lure."

Another technique being tested at the facility is a trap using a radio signal that will notify trappers if a stoat or rat has been caught.

ZIP field team leader Duncan Kay said this would prevent them wasting time checking every trap and allow them to focus only on those that had successfully deployed.

"It's about efficiency and that allows us to scale up... because we're only going to those traps that need to be looked at, so it's a good leap forward."