What the Minister of Conservation is calling the largest ever pest-control programme in New Zealand has been given the go ahead to protect the country's native birds. 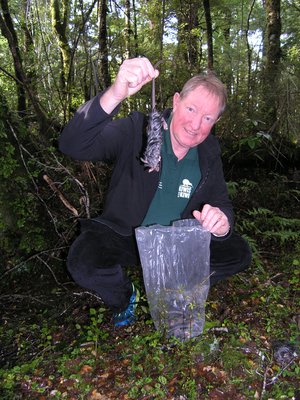 Conservation Minister Nick Smith at the announcement of Battle for our Birds pest control operations at Maruia on Sunday. Photo: SUPPLIED

Nick Smith confirmed the 'Battle for Our Birds' programme in the Lewis Pass on Sunday, as monitoring has confirmed a spike in pest numbers caused by this year's beech mast.

That's when trees litter seeds on the forest floor, which is then eaten by pests such as rats and stoats, causing a population boom.

Dr Smith said forest monitoring had confirmed that about 1 million tonne of seed had dropped in this year's beech mast.

He said the plague of pests would have a devastating effect on birds if it was left unchecked.

"People are dreaming if they think we can do this without poisons like 1080 - you can't trap 30 million rats."

The rat population alone has grown from three million to 15 million, and may reach 30 million.

An increase in stoat numbers, which pose an even greater risk to native birds, is expected, with the numbers estimated to grow to about 25,000. 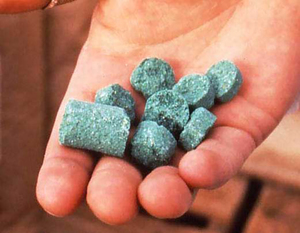 Nick Smith said the programme would involve the use of an aerial 1080 drop. Photo: FOREST AND BIRD

"It does involve the use of aerial 1080, but does not mean record use of the toxin. Pre-feeding, improving bait quality to avoid crumbs attractive to birds, helicopter rather than fixed-wing aircraft distribution, GPS, and the development of repellents for non-target species have enabled major improvements in 1080 control methods."

The operations in 29 forests totalling 700,000 hectares have been confirmed.

A further 14 forests covering 200,000 hectares are on close watch and will also have pest control operations if monitored predator numbers exceed thresholds.

The cost of the pest control programme this year is between $9 million and $12 million.

In addition, TBfree New Zealand carry out another 300,000 hectares of pest control work on public conservation land that is being coordinated with DoC to maximise the benefits to native species.