The Government's threat to revoke fast-track planning status from up to 14 Auckland housing developments may end up hitting far fewer than first thought. 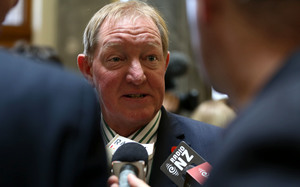 The Minister of Building Housing Nick Smith said a "please explain" letter would be sent to landowners who had so far failed to use the Special Housing Area status granted under the Housing Accord.

The Minister has the power to revoke the fast-track status if demand for housing in a designated area is not shown.

Dr Smith said 14 of 84 Special Housing Areas in Auckland had made no significant progress under the process designed to speed up housing construction.

Auckland Council will first check the list, saying some may be about to start, while others may be developers who are proceeding using the normal planning process. 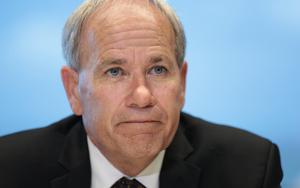 Neither the minister nor Auckland mayor Len Brown would comment further on the move, which was agreed at a meeting last Wednesday.

The accord is intended to contribute to the creation of 39,000 new sections or consents for homes over a three year period - more than double the rate prior to 2013.

Six weeks ago, a joint statement by the pair praised progress under the accord, with the minister saying it was "beginning to pay dividends," and the mayor crediting it with "succeeding in growing housing supply."

It is not clear what, if anything, lies behind the decision of Prime Minister John Key yesterday to announce the threat of "please explain" letters.

The Government is keen for further new housing land to be approved under the accord, which is half-way through its three-year term.

However its partner, Auckland Council, is less keen on further larger rural land blocks being added until it can be sure that infrastructure and services can be provided.

The number of new developments being approved under the Housing Accord is drying up, with none of those considered last week by the council being accepted.

Under the accord, the status of Special Housing Areas is due to lapse in September next year, if sufficient moves haven't been made to create homes on the land.

The Prime Minister's comments may have simply thrown an intended focus on to what is a relatively minor issue in efforts to boost housing supply in Auckland.