Another 17 special housing areas have been unveiled in the push to speed up new home construction in Auckland.

The mostly suburban areas will eventually add another 8000 homes as the Government and the Auckland Council try to ease the housing shortage and curb the rate of price rises.

A list of 80 Special Housing Areas can be viewed here 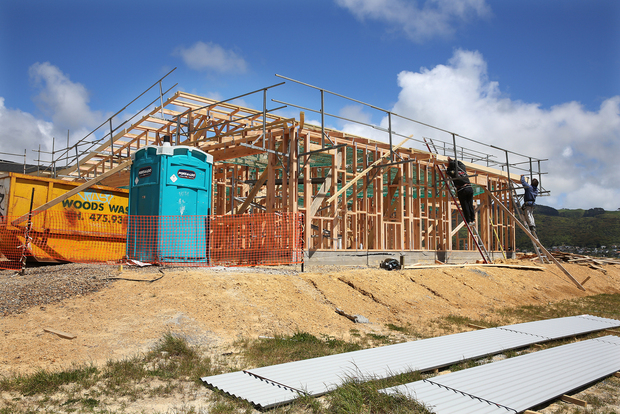 The accord has created 80 special housing areas in Auckland. Photo: RNZ

The homes will be built using the fast-track planning process under the Housing Accord signed by the Government and the council.

The 11-month-old accord has now created 80 special housing areas, where quicker planning and in some case higher density rules should speed up home building.

The aim over three years is to double the rate of home building or section creation to 13,000 a year.

The Government is keen to boost the supply of new residential land, but Housing Minister Nick Smith said he is not bothered by most of the new areas being in existing suburbs.

The largest single new area can accommodate about 4000 homes off Fred Taylor Drive in Whenuapai.

This is the fourth list of areas designated under the accord, and Dr Smith wants to see a fifth list released by the end of the year.

Mayor Len Brown said it is likely to be early next year. He said the accord is on track to reach its first year target of having helped create 9000 new sections or homes consented.

However, Mr Brown warned the building industry may struggle to deliver the homes once construction in the special areas gets into full swing.