A report monitoring the accord to speed up home construction in Auckland shows more than 5100 new sections and dwellings have been given consent in the past six months.

The Ministry of Business, Innovation and Employment says the policy is on track to exceed its first year target of 9000. 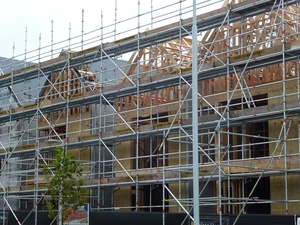 A building in Hobsonville is due to be finished later this year. Photo: SUPPLIED

The Housing Accord between the Auckland Council and Government fast-tracks the planning process in specially-designated areas to try to nearly treble the recent rate of home-building in the city.

The accord took effect six months ago, and the first homes built on the 63 Special Housing Areas are expected to be finished later this year.

Most of the increase so far in subdivisions and dwelling consents is due to an upturn in the wider home-building sector.

The ministry's report notes the more than 3400 dwelling consents in the half-year to March is the highest for eight years.

The Government says accord is making a difference - even though no homes have yet been completed. Housing Minister Nick Smith said on Friday early benefit has been the faster issuing of resource consents by the newly-created Housing Office at the Auckland Council.

"Some of the biggest gains from the accord have been with the housing project office. The consistent message I would've had from over twenty developers is that it has been a significant game-changer for them being able to bring more product onto the market."

Auckland mayor Len Brown expects demand to remain strong. "The Auckland property market generally tends to go for four to six years, maybe seven at a stretch. The last boom was a seven-year upcycle. So I think we're still in the earlier to maybe heading towards the mid part of it." 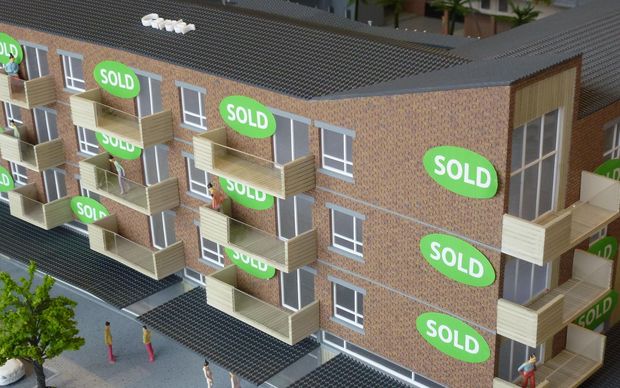 A model of the finished product. Photo: SUPPLIED