Labour leader Jacinda Ardern says her government has been progressive, but a simpler government arrangement would mean a faster recovery from Covid-19. 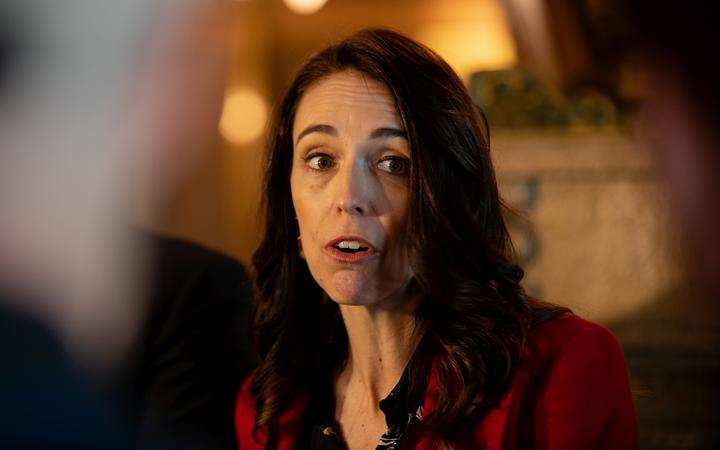 Current polling suggests Labour would need the Greens to govern after tomorrow's election but Ardern has refused to predict any kind of coalition arrangement.

"My final pitch to voters continues to be that I'm looking for a strong mandate for Labour. Every vote that comes to Labour does enable us to form a strong stable government, it means that we can get on with things faster," she said.

New Zealand First is predicted to not fall short of making it back into Parliament, but has defied the polls in the past. The party entered a coalition with Labour - and the Greens providing confidence and supply - at the last election.

Ardern has been reluctant to criticise her coalition partners, but the reverse has not been true for NZ First leader Winston Peters.

"I feel like it would be disingenuous to go and make statements about a party that I worked constructively with for the past three years," she said. "Election time though everyone peels off and campaigns for their own party platform."

"There's no doubt the more complex the arrangement that you have in government, the slower that recovery would be so that's why I'm looking for that simplicity and that mandate."

A partnership with the Greens seems likely however. National leader Judith Collins has repeatedly claimed Ardern "wants" to implement a wealth tax or capital gains tax, though she has repeatedly ruled both out.

Collins, in last night's debate, questioned how a Labour-Green government would be able to pay for the Greens' policies without one, but Ardern remained firm.

She told Morning Report she didn't see Labour's position as a conservative one.

"I've got to balance whether creating great uncertainty in our tax system at this time is the right thing to do and in my view it's not," she said. "I don't consider it to be a conservative approach, I consider it experimental ... that's why I ruled it out."

She said the tax system was not the only way to tackle inequality, and progress was also being made towards increasing benefits closer to the 47 percent her own working group recommended - another target she has rejected.

She rejected statistics showing increases in material hardship for children.

"Unfortunately, there is no measure that gives us a full sweep of all of that list I just gave you ... that is as frustrating for me as anyone else I can tell you, so at the moment all we have is a snapshot of our first 18 months really in government so all those increases in benefit rates we haven't seen the impact of."

She said there were no "complete calculations" predicting the effect that would have, but said treasury estimates between 50,000 and 70,000 children lifted out of poverty.

She said her government over the past three years had been progressive.

"We made and legislated the work that we are doing on child poverty - and I am not finished yet, I take some flattery in the idea that I would resolve a decades long problem in three years but I can't. I'm proud of the work that we have done on climate change, it's more than any government has done ever in New Zealand on that issue. I'm proud of what we are doing turning around water degradation in this country so that our rivers are swimmable again and I am proud that we have removed barriers for people going into training and education by making the first year of education free and all apprenticeships in this country free."