Opinion - Sooner or later this question will be asked - if National Party Leader Judith Collins has been served well by her key tacticians and strategists in this campaign, writes Sandeep Singh. 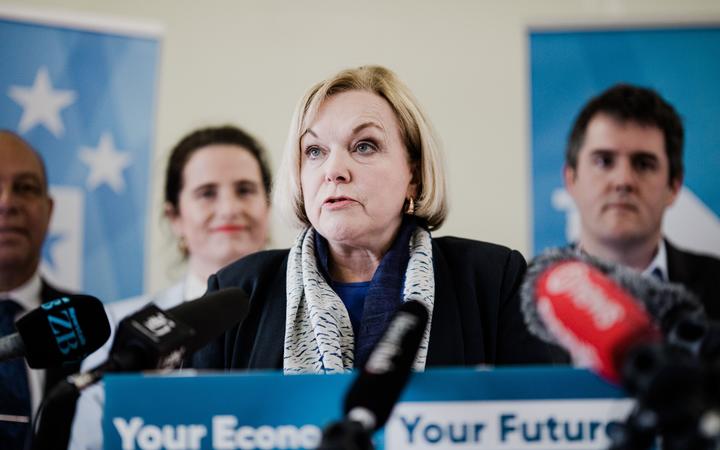 One of the key tasks cut out for her tacticians would have been to shore up National's chances and lead the party to electoral victory and form the next government.

Will Collins be able to produce something scintillating to sway a large voter base decisively that can eventually turn around the wheels of fortune for the National Party? That remains to be seen.

However, until then, a quick review of National's key tacticians providing inputs to Collins in decision-making and deciding the party's broad future trajectory is in order.

So far it seems that in the manner in which Collins campaign is being shaped the focus is on how to project "brand Judith" vis a vis "brand-Ardern" - a formidable adversary - and the one solely responsible for torpedoing National's-ship which was until six months ago, sailing reasonably well.

In this endeavour, the choices available to them were severely limited as they have to emphasise the point of difference between the two leaders, their personality and style of leadership so as to offer a starkly different choice to prospective voters in this election.

If you are done with Jacinda's so-called "waffle" in last three years then you have Judith's "firm, assertive style" on the offer to choose for the next three years - that's how probably her advisers would have hoped to frame the debate in the public narrative.

This was definitely the thinking that would have propelled Collins in declaring resolutely on national television during a live leader's debate that she will not hesitate clawing back from businesses which have taken wage subsidy from the government despite making huge profits - causing some confusion and concern - in the party's supposedly core base of business community.

Not to waffle unnecessarily and not to shy away from taking bold assertive decisions seems to be the key emphasis on which Collins' strategy team would be working behind the scenes.

There's nothing completely wrong about this approach, except that there would also be the expectation to firm-up "brand Judith" in a manner that further accentuates the credibility of the National Party, as the alternative viable, and stable government, and not otherwise.

However lately, on many occasions the manner in which Collins has presented herself out in the public domain - be it on announcing policy on the hoof, or attacking her opponents in Labour and Green Party and criticising their policies vehemently to a level seen as fear-mongering by some - seems that while "brand-Judith" might be shoring up, it might not have helped the cause of the National Party in presenting itself as a viable and stable alternative government.

The successive polls so far where National's vote share is seen to have plateaued at around 32 percent while Collin's popularity as preferred Prime Minister continues to rise, seem to confirm worst fears in some quarters of the National Party.

The recent media leak by a relatively low profile National MP expressing dissent on Collin's Auckland Council policy announcement without any communication with her also hints at how some caucus colleagues might be seeing a seeming lack of alignment between "brand-Judith" and National's credibility as a viable alternative government.

The latest episode of doubling down on the need for "personal responsibility" to address the major societal issue of obesity, is another example of how "brand-Judith" operates.

For a long time, this "brand-Judith" has co-existed and operated without having to simultaneously lift the responsibility of nourishing the credibility of the National Party amongst prospective voters.

That responsibility has been resting with another leader, while Collins had the freedom to operate without having any additional burden.

Things have changed in this election, and we don't know with confidence, how much "brand-Judith" been able to shore up chances of the National Party.

To be fair, she was reined in by her caucus colleagues as an opportunistic last choice as party leader, after their previous collective decision of rolling then incumbent leader, by a fresh, unseen, and untested challenger had misfired.

Clearly, they were hoping to be rescued by the personal brand that she has assiduously built and cultivated over last two decades in politics.

She is indeed National's battle-hardened foot soldier who resonates and reflects the party's core values, albeit in her own combative style, which constitutes her own personal charisma.

However, if "brand Judith" was suited for this critical phase of our nation's history, especially when New Zealanders seem to have less appetite for any transformational change for the benefit of future-generations, and are more worried about maintaining the status-quo - a status quo of safety - only remains to be seen.

*Sandeep Singh is the editor of Auckland-based community newspaper The Indian Weekender. The views expressed are author's alone.