Analysis - We're nearly there, and unless the polls have got it badly wrong the most likely outcome of Saturday's election is going to be a Parliament made up of four parties. 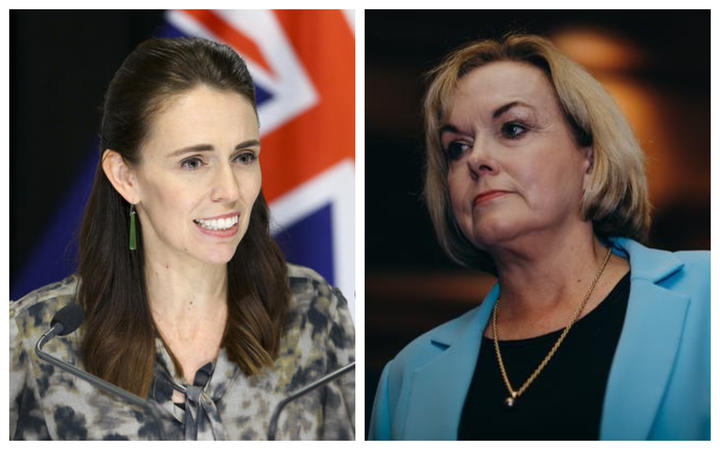 If that's how it turns out the equation is simple: Which group has the most seats - Labour/Greens or National/ACT.

All the polls point to the government winning a second term.

In the 1News Colmar Brunton poll, conducted between 3 and 7 October, Labour was 15 points clear of National. The totals for the groups were Labour/Greens 53 percent and National/ACT 40 percent. Labour/Greens would hold 68 seats, National/ACT 52.

Previous polls have delivered similar results, and some have shown Labour with enough seats to govern alone.

Political scientist Professor Jennifer Curtin told RNZ she thought that was "still highly unlikely" and despite the high number of early votes there would be those who had not made up their minds.

"We've actually seen this before under John Key's reign when National would… sometimes poll over 50 percent and even on the night would look like they'd have a majority but would drop back," she said.

Curtin thought that even if Labour did get a majority it would be wafer thin, and it would be risky to try to go it alone.

There are potential upsets which could change the four party scenario.

New Zealand First could experience the surge that Winston Peters is predicting, lifting its abysmal rating to 5 percent or more, and the Māori Party could win a seat and have a presence in Parliament. 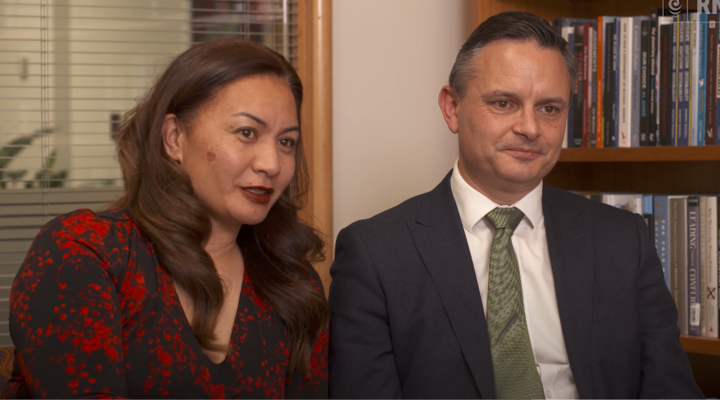 The Greens could fail to reach the threshold and have no seats - they aren't safe in the polls with the Colmar Brunton survey giving them 6 percent. Others have shown them slightly higher, but its margin-of-error territory.

National's chances of leading the next government seem remote, but pollster David Farrar set out what he called "a credible path to victory" on his Kiwiblog website.

As the days pass, a swing becomes less and less likely. There doesn't appear to be any reason why Labour supporters should switch allegiance, and the high early voting turnout means there are fewer to change their minds at the last minute.

The Electoral Commission estimates up to 60 percent of votes could be cast early, far more than ever before. On the current trend, it could be more than 60 percent.

While the party vote determines the outcome there are also electorate seats up for grabs, and if Ardern's popularity carries over to candidate contests some seats could change hands.

The interesting ones are explained in RNZ's 'Electorates worth watching on election night'.

One intriguing example is Nelson, where Labour's Rachel Boyack is trying for the second time to unseat National's long-serving Nick Smith.

Since then boundary changes have not favoured Smith and Lawry is not standing. The Greens have put up a new candidate. Aaron Stalland, who has said his emphasis is campaigning for the party vote.

During this last week of campaigning neither of the main parties have big policy announcements on their agendas. 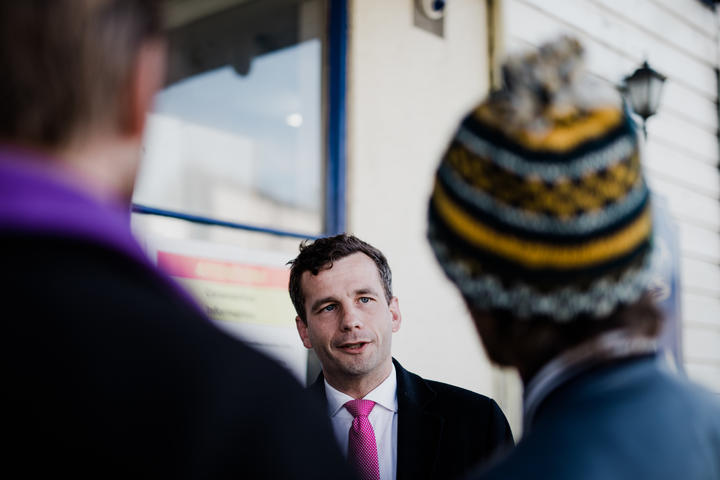 The main story has been National's Judith Collins raising the scary prospect of a Labour/Greens government "taxing your retirement".

She's treating the Greens' wealth tax policy as something that's sure to be implemented by a Labour-led government.

Labour has said, time and again, that the only tax change during a second term would be the new higher bracket of 39 percent on income of over $180,000, announced at the beginning of the campaign.

"I have said the same thing on this policy no less than probably 50 times. I have ruled it out," she said.

The Greens have said their wealth tax proposal won't be a bottom line policy in any negotiations to form the next government, but co-leader James Shaw helped Collins keep the story alive by saying on RNZ it would not be credible for the Greens to avoid raising the tax issue in any post-election negotiations.

That gave Collins oxygen and she used his comments as evidence that the Greens could "bully" Labour. "They (Labour) will do anything to get into government," she said. "Of course they will give in to the Greens."

That doesn't seem likely. Ardern and Robertson are on record numerous times firmly rejecting a wealth tax and to implement anything like it would seriously damage their credibility. It would probably damage Labour's chances in the next election as well. 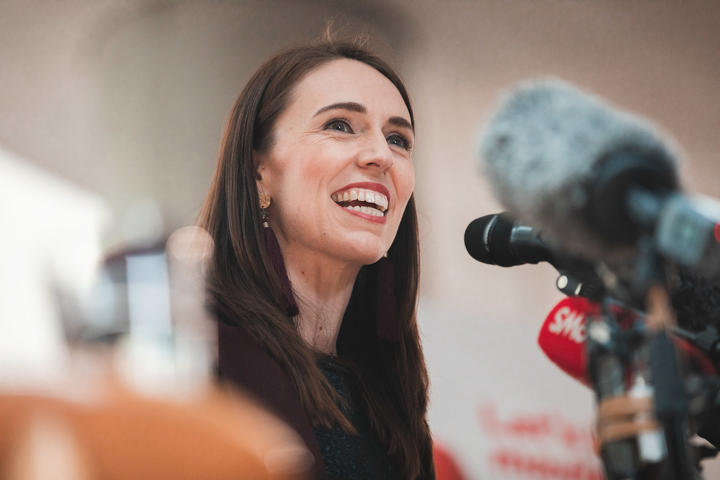 Ardern and Collins are spending the last week of the campaign rallying support on the streets and at meetings around the country.

Ardern held a rally in Wellington, telling about 800 supporters her vision for the future.

"Imagine, if you will, that it's 2030," she said. "We are now a country where children living in poverty has halved, where we've ended our housing wait list, where health inequalities based on race, wealth and geographical location no longer exist, where every New Zealand child knows their history and our nation's history, where we've overcome the digital divide."

She was mobbed by fans wanting selfies and handshakes when she visited a Hamilton mall, but she was also nailed by a delegation of farmers who let her know how they felt about the way the new freshwater reforms are being implemented. 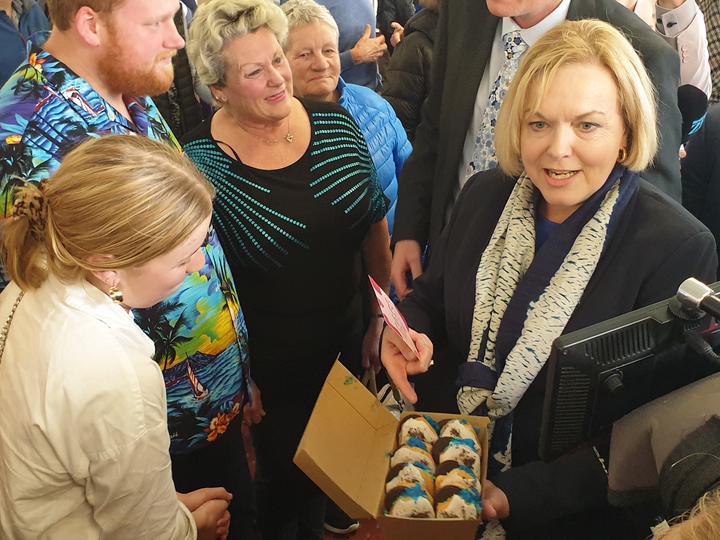 Collins doubled down on her tax attack and went after Ardern, accusing her of lying over testing at the border.

"She stood up and she told us 23rd of June 'everyone is being tested'. What a lie, what a lie, and I'll call it out for what it is," she said.

Collins said she hoped Ardern would sue her so she could prove in court that the Labour leader had lied.

Ardern said the border testing issue had been thrashed out in Parliament's debating chamber.

Collins' attack was opposition politics, she said. "I mean look, these issues were well traversed in the debating chamber and so I don't think I need to go through all of that again," she said. "It was all very public."

As for Collins' challenge about suing: "I just think frankly that's odd."

*Peter Wilson is a life member of Parliament's press gallery, 22 years as NZPA's political editor and seven as bureau chief for NZ Newswire.