With four days to go to the election, the number of advance votes cast has already surpassed the total cast in 2017. 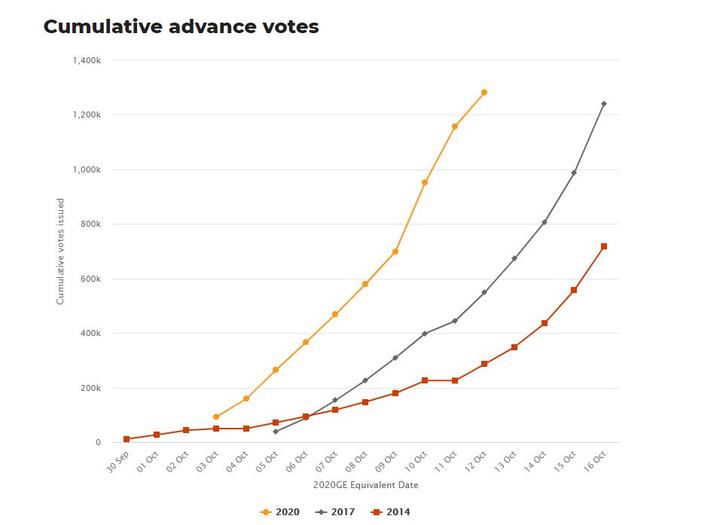 Last election, more than 1.24 million people voted in advance in total, about 40,000 less than today.

It comes with three more days of advance voting to go.

Advance votes will start being counted at 9am on election day. The first results should start coming through by 8pm that evening.

The polls close at 7pm on election day, 17 October. The Electoral Commission says there will be 2600 voting stations available that day.