The Labour Party is promising to increase tax on the country's highest two percent of earners and close loopholes so multinationals pay their fair share of tax. 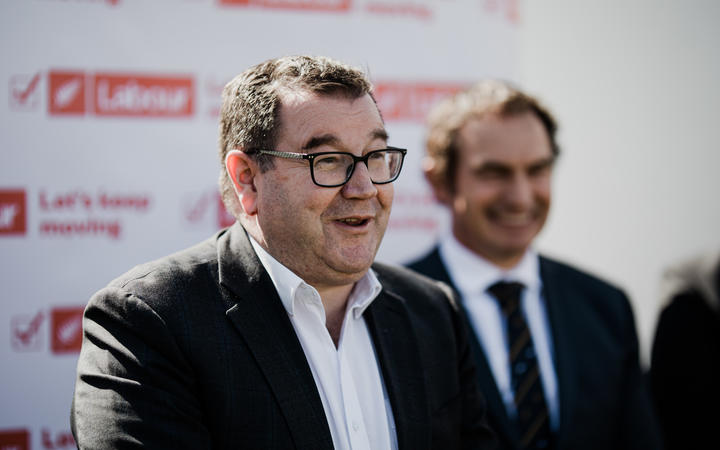 The party has released its tax policy and the new top rate of 39 percent on earnings over $180,000 is the sole change.

The policy is forecast to generate $550 million of revenue a year.

Labour finance spokesperson Grant Robertson said the policy is about maintaining investment in crucial services, while keeping tax rates exactly the same as they are now for 98 percent of people.

"Our plan strikes a balance as we recover from Covid-19. It will avoid the cuts to services being suggested by the National Party, and also help keep a lid on debt as we support the economic recovery from a 1-in-100 year shock.

"The necessary borrowing for the Covid-19 response meant we could fund emergency measures like the wage subsidy, which protected 1.7 million jobs and gave businesses and workers confidence during lockdown. But we have to be careful about not running up more debt than necessary for our recovery."

"We know from the experience of other countries - like Australia, Canada and the UK - that their economies grow strongly when higher earners are paying tax rates above 39 percent. When New Zealand previously had a 39 percent top rate, it certainly didn't stop GDP from growing at annual rates of three percent and four percent," he said.

Labour is also promising to continue work with the OECD to find a solution to the issue of multi-national corporations not paying their share of tax.

"Labour will continue to work to get an international agreement that will see a comprehensive regime for multinational corporations to pay their fair share. But we also need to be prepared to put in place our own rules to ensure fairness, if that agreement is not possible," Robertson said.

He said Labour would be prepared to implement a Digital Services Tax (DST).

"Current projections from IRD estimate a DST will raise between $30m and $80m of revenue a year," he said.

Labour's opponents say more tax is not the answer to the economic challenges facing New Zealand.

"No country's ever taxed its way out of recession," National's Paul Goldsmith says.

The projected revenue of $550m a year will not make a dent in the forecast deficit of $28 billion this year, he says .

"And there's a very big question as to how much actual revenue will be gained because this will be great for tax planners and accountants to work their way around."

Goldsmith also warned this is "just the beginning".

"There's every indication that a government that can't control its spending and manage its finances will eventually come after more and more New Zealanders."

Robertson is promising no other increases or new taxes, but was asked whether that would stand if Labour needed to negotiate post election for support, with a party like the Greens, that has a more aggressive tax policy.

"This is the policy that Labour is campaigning on and we will only implement the changes that are in this policy," he said.

Greens co-leader James Shaw says Labour's policy does not address "the growing wealth gap and inequality in Aotearoa", or help pay for the Covid response.

"The Greens believe we should ask those who are benefiting the most to chip in a bit of what they've gained to help the people who need support during this crisis.

"We know that a huge accelerator of this inequality is our broken tax system that taxes people who earn but not people who own," Shaw says .

His party is campaigning on a "wealth tax": 1 percent of net worth of more than $1m; and 2 percent over $2m, plus the creation of two new top income tax bands.

Labour leader Jacinda Ardern has ruled out ever introducing a capital gains tax; but that policy, excluding the family home, is still on the Greens' manifesto.

"What is being proposed by Labour is long overdue, but it is tinkering that won't address the long-term challenges facing Aotearoa. It shows the importance of having the Greens around the table of the next government," Shaw said.

The party also supports environmental taxes: "Taxing of pollution and those who profit from our shared natural resources, like water, is essential to build a more environmentally sustainable economy," he says. 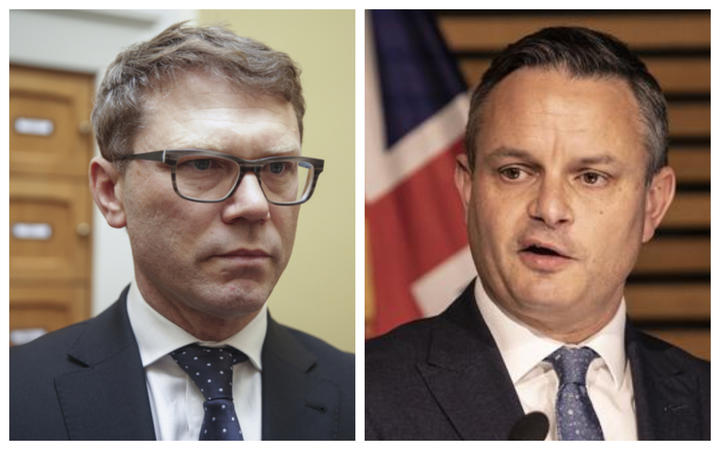 Robertson had some criticism of his own for National, saying Labour's plan "stands in contrast to a chaotic and desperate National Party who are simultaneously promising large, uncosted policies and talking about a debt target that will require $80b of cuts to essential services like health and education".

Goldsmith says that's Labour "flailing around ... feeling the pressure because as a government, they haven't really delivered on the economy".

"We're losing jobs and New Zealand is dealing with mass unemployment, and they don't have a clear plan to get growth going again. And that's what we're focused on," he says.

"Jacinda Ardern likes to say we're all in this together, but Labour is picking on a small group of New Zealanders to fund the Covid-19 recovery.

"Labour is telling young New Zealanders 'if you study hard, get good grades, get a good job, save money, and invest wisely, we'll tax you harder' - that's the wrong message," Seymour says.