National Party leader Judith Collins has defended its proposal to put $7 million of air conditioning into part of Hawke's Bay Hospital before rebuilding it. 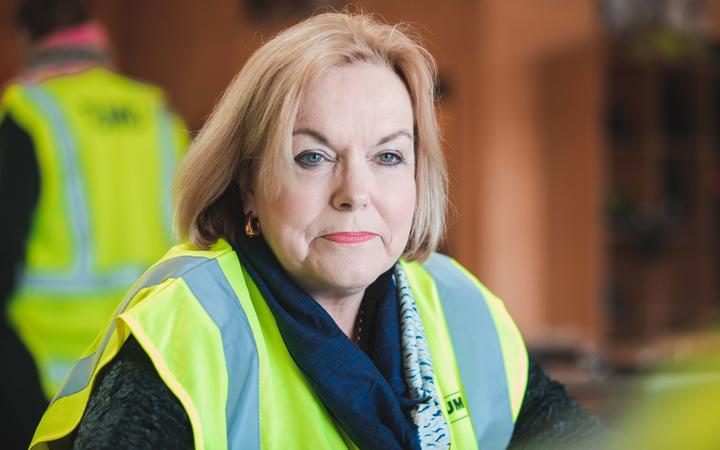 National pledged to immediately begin the installation of air conditioning - but also to rebuild the main block and expand the emergency department.

In March the DHB revealed spending in the previous year of nearly $12,000 on ice blocks and fans for staff working in sweltering summer heat with no air-conditioning. The DHB said the estimated $7m cost of retrofitting air conditioning in the wards was in the DHB's capital plan but no date had been set for when it might go ahead.

"We have obligations as employers in government to our staff and health and safety would make it absolutely a requirement that our staff are not working in 30 degree heat in Hawke's Bay Hospital in outdated buildings when there is a fix that could be done," Collins told Morning Report.

"That is actually a requirement. I am surprised anyone hasn't taken any sort of claim about it to the DHB."

Collins said it was a good use of money given the main wing would take some years to rebuild.

"Is it a good spend of our money to care about our staff? Actually I think it is."

Collins reiterated her party will put out full costings for its campaign pledges after the books are opened up for the Pre-election Economic and Fiscal Update (PREFU) next week.

She said a few policies may change "a bit" given the party doesn't have access to the PREFU yet.

But its policy on combating methamphetamine addiction, where it is pledging more detox beds at DHBs, would stay.

"Being able to address something of that magnitude, of that harm, for $63 million over four years ... most people would think that that was a very reasonable spend."

Collins said it would be going "a bit too far" to evict people from state houses if they had used meth.

If state houses were being used for dealing meth it is breaking the social contract, she said.

Asked if National got it wrong when in government over evicting state house tenants if their homes tested positive for methamphetamine, Collins said the policy needed to be refreshed as more was known and the situation changed.