Politicians are travelling the length and breadth of the country making big spending promises - but when will the public know if it all stacks up? 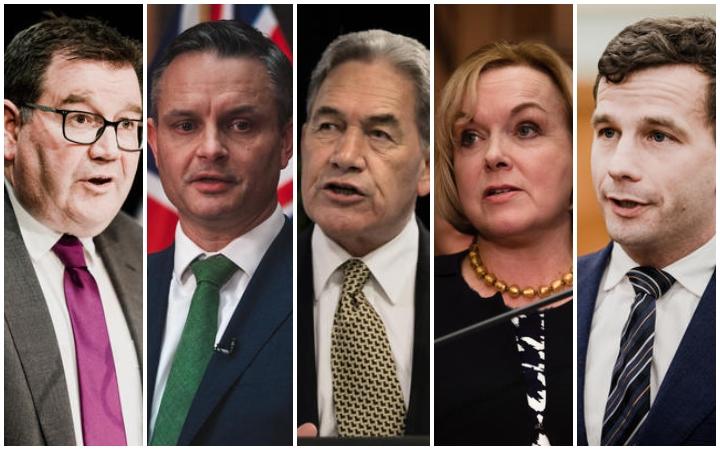 Labour's accusing National of gearing up to slash public services in pursuit of its debt target, with National hitting back at the vast amounts of money being borrowed and spent by its opponent.

The campaign has roared into gear and politicians are adjusting to the new way of campaigning, with masks at hand and social distancing a new, and challenging, requirement.

But what's not new this election is the fierce debate over how each party would spend New Zealanders' hard-earned taxpayer dollars, and how much more they're going to borrow.

In 2017 there was the $11.7 billion fiscal hole accusation from National, and the attempt by Labour to present itself as a credible manager of the economy.

In 2020 the shoe is on the other foot for Labour's finance spokesperson, Grant Robertson.

"A major political party like National has a responsibility to say what the cost of policies that they're announcing are, and I think this is the chaotic state of a party that's had three leaders since Covid began, isn't sure of its policy footing, and is putting out things that just fuel uncertainty."

National's Judith Collins says her party will put out a fully-costed plan after the books are opened up for the Pre-election Economic and Fiscal Update (PREFU) next week.

It's not just National who should be scrutinised for its spending, she says, with "irresponsible" government spending "loading a lot of extra debt and cost onto small businesses".

"What I think is really important to understand is that we cannot simply borrow our way out of a recession, what we need to do is build our way out of it."

A more worrying proposition if you add in the Greens, says Collins, a prospect that "should scare the basically the bejesus out of people, frankly".

"National are doing down their brand when they say that they're good fiscal managers if they can't even provide the electorate with proper numbers for this election campaign," shot back Greens co-leader James Shaw.

The accusation the Greens are poor economic managers was "always a caricature", says Shaw, during his first media outing since having to apologise profusely for backing nearly $12 million of funding for the Green School.

"The first thing you got to know, is the latest updated information. I know others have got all their costings out there, now how they did that, I wouldn't know. But we want to wait until the PREFU comes out, and we'll know what we're dealing with."

Debt is another major economic black cloud; net debt that pre-Covid-19 had sat about 20 percent of the value of the economy will hit a peak of 53.6 percent of GDP in 2023, and is projected to sit above 40 percent well into the 2030s.

National wants to pay it back more quickly than Labour - down to 30 percent within a decade.

Robertson says that means slashing about $80b out of the budget.

"What that's about is not increasing health spending to keep up with inflation or population increase. It's not spending in the education sector, to make sure we've got the resources for the number of children who are coming in.

"So they actually have to be upfront about this is no free lunch here."

That was dismissed by Collins as "PR spin" from a "finance minister who doesn't understand that money needs to be borrowed, needs to be paid back.

"I think we've been lulled into a false sense of security by interest rates that are low now, but may not be in years to come.

"It's people currently at intermediate school who will have the biggest cost from this and they don't even know the decisions being made for them," he says.

The party's Debt Destroyer calculator will help people see the true impact of various on the amount this country will have to borrow, Seymour says.

Next Wednesday, PREFU will be released by Treasury, giving an overall predication of the how the economy will perform, including the speed of recovery, the numbers of people heading for the unemployment queue and those debt tracks.

Before that though, voters will hear about Labour's tax plan, to be announced later this morning.