Power Play - This time last election James Shaw captained the Green Party through the stormy waters after Metiria Turei's dramatic resignation - now he's in danger of capsizing the ship himself. 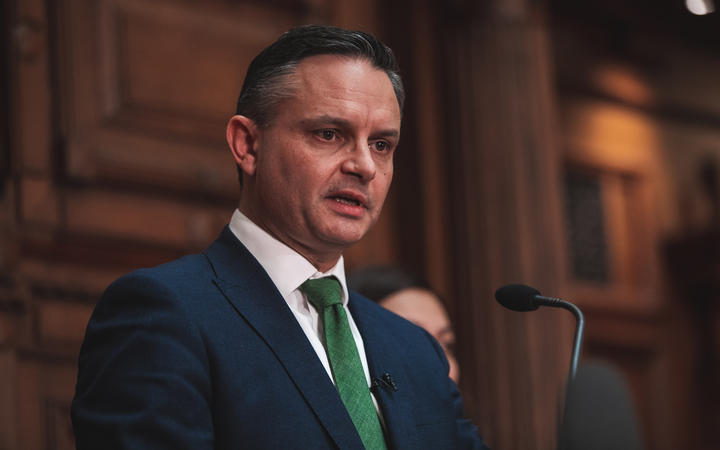 He's battling to restore his political credibility and trust with the party base after being chief cheerleader for a private school project that's enraged Green supporters, school principals and unions.

Shaw has prostrated himself and offered an apology to a list of people too long to name but remains in a precarious position just over six weeks out from the general election.

The complete contradiction of the party's own policy has prompted a mutiny among some party supporters, exacerbated by stark comparisons of nearly $12 million to upgrade and expand the Green School while many public schools grapple with decrepit, leaky and mouldy classrooms and buildings.

That outrage spread further to members of the public who couldn't give a hoot about Green party policy but were alarmed at such largesse shown towards a private school.

It's also opened up a seam of distrust from the more traditional side of the party, that Shaw is too businesslike, too centrist, too far removed from core Green principles. These are accusations from within he's defended before, but many believe his strong backing of the Green School shows he's disconnected from those key beliefs, and has shown an incredible lack of political judgement.

That extended to threatening to withhold sign off for other projects in the infrastructure package if the Green School wasn't included - that was dismissed as an unavoidable part of running a coalition by Labour.

The Green School is located in the Taranaki district. Photo: RNZ / Robin Martin

But will it hurt the Greens in the polls?

The problem is they've been teetering around the 5 percent mark in political polling; that's the crucial mark parties have to reach to get into Parliament if they don't have an electorate seat. Growing its support therefore, not decimating it, is even more important.

Timing is everything and the six weeks left does give Shaw and co-leader Marama Davidson a window of opportunity if they can shut this down and soothe ruffled feathers. This term of Parliament winding up today will help, by removing the daily platform for political opponents wanting to keep the story alive.

While Shaw has floundered this week his ministerial colleagues have sat back and watched; no-one has been willing to throw him a lifeline. Senior Labour Party ministers made it very clear Shaw was the minister who backed the project and the responsibility was his alone; they could see the proverbial was about to start flying and wanted to make sure they were all well out of the way.

The Greens might be a Labour ally but it's every party for itself as they all gear up to resume campaigning and if there are any votes lost from the Greens, Labour is the most likely beneficiary. Or disillusioned Green supporters just may not vote. This is an incredibly volatile political environment and Labour will be out for every vote it can get.

Shaw's management of this situation has made it worse. The Green School told RNZ the original plan was for a loan and the whole $11.7m was never going to be a straight grant. That tallies with other political sources who say officials were so opposed to giving the school a taxpayer handout a loan was seen as the only option to progress the application.

But the way Shaw presented it, it was as a grant; in his August announcement he talked about "government funding for a school expansion project," of $11.7m from the Covid-19 Response and Recovery Fund, and then again during his apology speech.

"My personal view is that the best way to do this is that support for the Green School to come in the form of a loan, rather than a grant. That would ensure the money is paid back in full."

That has just made the whole situation worse... a loan would have been bad enough but it was the prospect of a straight government handout to a private school that caused such outrage. A loan is in fact where this is all likely to end up, with the school and officials now working on a solution that keeps faith with what ministers agreed to, while minimising political damage.

Everyone is asking why Shaw was so amped about for the Green School project but there is no evidence at all of any personal or political connections.

More likely he was motivated by seeing hundreds of millions of dollars going out the door for roads and other "non-Green" infrastructure and saw the Green School as a way of stamping his party's mark. Whether or not that blinded him to the political risks of that particular project is a question only he can answer, but regardless it's a massive own goal.

This remains a real problem for Shaw and his party. It's a story that's caught the attention of not only die hard supporters - but also the wider public.

The coming week will be crucial. The Opposition has already called for his resignation but this is a blunder of political misjudgement, not ministerial misconduct so that would only be forced if the Greens make it clear to Shaw they no longer have confidence in him as leader and as their ministerial representation.

He is not at that point but this is certainly not the way the Greens would have wanted to go into their 2020 campaign, with potentially a seat in the next government at stake.