Greens co-leader James Shaw is scrambling to find a solution after his support for handing millions of taxpayer dollars to a private "green school" caused a storm of controversy. 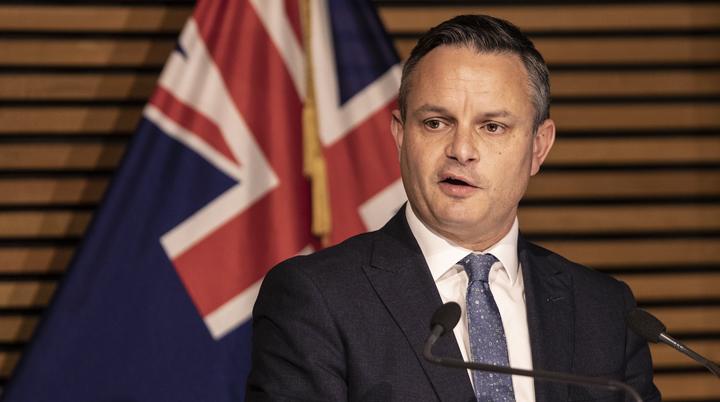 Shaw, also associate finance minister, has been under increasing pressure for signing off on the cash, alongside other ministers from Labour and New Zealand First - allocated from the $3 billion "shovel-ready" projects fund.

The backlash is due to the Greens position on private schools - they do not support giving them taxpayer funding.

"I simply missed the fact, I mean...I knew it was a school obviously, a private school, but it didn't occur to me that we had an exclusion on funding of private schools," Shaw told student radio station 95bFM.

Shaw will be wishing he remembered his party's long-held stance not to fund private schools before approving almost $12 million for Green School New Zealand in Taranaki.

He has already apologised to hundreds of furious Green Party members, but some have told RNZ it is not enough.

They want Shaw to issue a public apology and for the party to produce a public education package to cement its stance on private school funding.

The co-leader declined to speak to RNZ, but told student radio 95bFM he was working to find a solution.

"The Crown has entered into this agreement in good faith with the green school and so it is important for us to fulfill our commitment there. But we also recognise that it obviously landed very badly with the public and in particular with teachers and principals of those schools that haven't yet received the funding that the Crown's allocated towards them.

"I can't say what the resolution will look like," Shaw said.

Finance minister Grant Roberston was adamant the deal had been done.

"I know that Minister Shaw is seeking to come up with another plan, but I haven't heard back from him about what that is, but as I say, I think it's an issue of good faith.

"If the government says it's going to fund something, we have to go through with that even if one of our partners might regret it," Robertson said.

National leader Judith Collins made the most of the mess by today announcing her party's education infrastructure policy at a state school in Taranaki.

"It's a decile 1, it's in desperate need of some renewal of the buildings but also you've got to really committed teaching staff who are trying to do their very best and it's just a total kick in the guts for them to hear about this flash green school thing, suddenly getting all this money for capital expenditure and we've got kids at Marfell [school] who are trying to learn at buildings that are well past their use-by date," Collins said.

The party is promising to spend almost $5 billion on fast-tracking education infrastructure if elected in October.

Some $2.8 billion would be put towards its school growth plan, which is yet to be developed, and $2 billion would be spent on an alliance of builders, educators and architects over five years on repairing, redeveloping and rebuilding schools.