Education Minister Chris Hipkins is distancing himself from an $11.7 million boost for a Taranaki private school after the National Party panned the taxpayer funding as "rank hypocrisy". 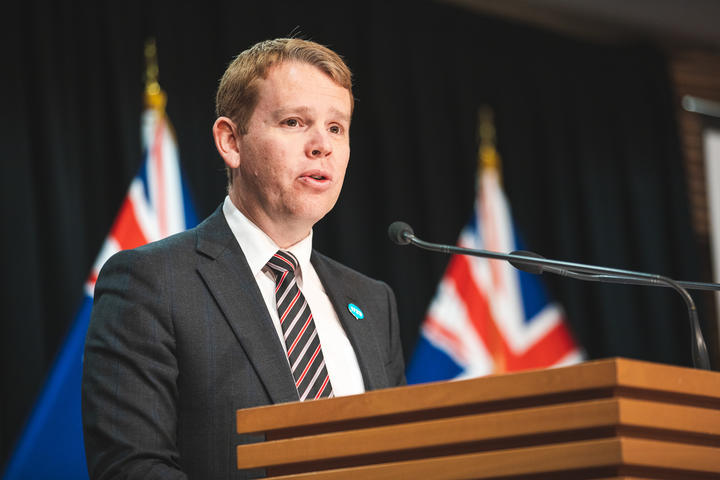 Associate Finance Minister James Shaw - who is also Green Party co-leader - yesterday announced the support for Green School New Zealand, as part of the $3 billion set aside for infrastructure in the Covid-19 recovery fund.

The move has attracted ire from numerous quarters, including the opposition, school principals, unions, and from within the Greens' own ranks.

Responding to reporters at Parliament, Hipkins ducked responsibility, stressing that the money did not come out of the education funding pool.

"It wasn't considered through the usual education capital spend route. It was considered as a shovel-ready project."

Hipkins deferred questions to the Ministers responsible and noted that the Green Party had advocated "quite strongly" for the funding.

"It was one of their wins, if you like, out of the shovel-ready project area," he said. "It's not necessarily a project that I would've prioritised."

The school has about 50 students, half of whom come from overseas. The funding is designed to expand the school's capacity from 120 to 250 students. 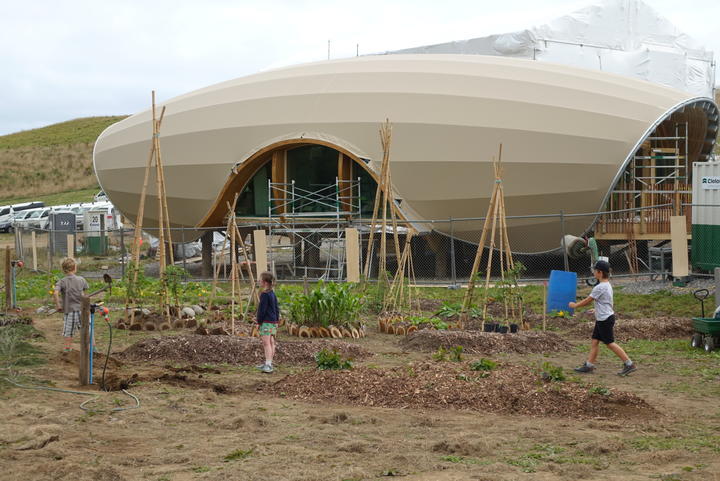 "How was it that James Shaw was able to have his pet project funded - and now we have the Education Minister saying it shouldn't be a priority?" she said.

"The government has prioritised it... and it's not good enough to look the other way now."

Willis said the funding worked out at about $200,000 per student while public schools were lining up around the country asking for money for construction.

"I have already been on the phone to the principal at New Plymouth Boys' High School, and he said to me, 'Nicola, should I just say that I'm going to build a Green Hut? And then would I get the property funding I want?'"

Willis said the Labour-led government had long opposed public-private partnerships for building schools and the Greens' own policy was against giving state money to private schools.

The Greens' education policy states: "public funding for private schools should be phased out and transferred to public schools".

Meanwhile, Taranaki school principals have asked for the funding decision to be reversed.

"We would like a retraction of it because it's clearly a logistical error. The Green School is a privately-owned institution and any benefit coming to it goes into one individual's pocket.

"I think they have politically wrong-footed this. Their political ideal connected to green politics, which is laudable of course, that has got in the way of the logic of the other downstream effects and in effect contradicts other government policies."

Chamberlain said there was a crying need in state and state-integrated schools for money that could also go into attracting international students, which was what the Green School was about, and for building and repairing facilities.

"If we are talking about adding more jobs in our community and bringing in more international students then our schools do that very job and we're taxpayer-funded not-for-profit institutions."

Chamberlain said the funding announcement had the effect of devaluing local schools struggling with aged facilities.

Writing on Twitter, former Green MP Catherine Delahunty said the party needed to regroup and withdraw their support for the funding.

"I cannot support this funding of a private school - whatever colour is in the name," Delahunty tweeted.

Delahunty also retweeted comments by other former Green MPs Denise Roche and Mojo Mathers, both of whom said they were "furious".

Speaking to RNZ, Shaw said the purpose of the spending was to create jobs and inject money into the economy through infrastructure and construction.

"The local council was keen on this project, both because of the near-term gain of 200 jobs, as well as representing a future economic development opportunity in the export education sector."

Shaw said infrastructure spending at other schools was being accelerated through another government funding stream.