A strong majority of Chinese New Zealanders say they still prefer National to Labour, even though they're pretty happy with the government's Covid response. 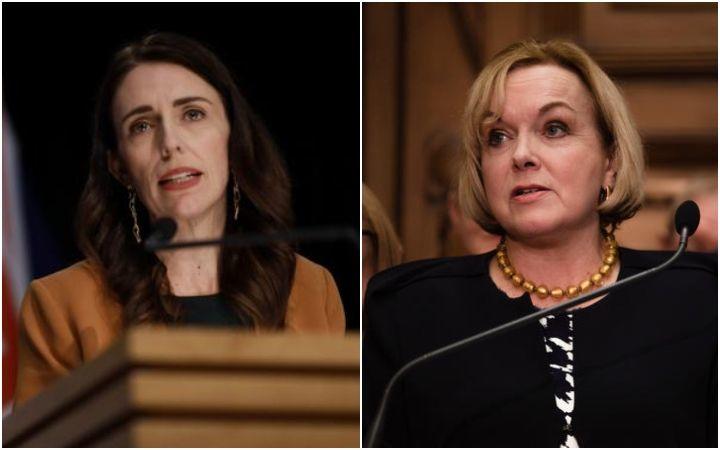 Prime Minister Jacinda Ardern's popularity has risen in the Chinese community, but more than half surveyed said they preferred Judith Collins. Photo: RNZ

This was the headline finding from a new survey that also suggests the Act Party is fast gaining support among ethnic Chinese.

Aucklander Jim Zheng has been a firm National supporter during his 26 years in New Zealand. He likes the message of self-sufficiency.

"I always vote for National. I think they're quite good in economy. I dislike government which gives so many support to people who don't like to work," he said.

In the survey, almost two out three (62 percent) ethnic Chinese said they would vote for the National Party.

While still enjoying a healthy lead, that support rate is down 9.1 percent from the 2017 version of the same poll.

An Auckland woman, who didn't want to be named and has been here 20 years, was one of those who has shifted stance.

"I was supporting the National before but this year I'll vote for Act. I think Act's policy is as much as what I want. I haven't seen anything from National this year. Also the leader of Act is very a very action[-focused] person."

Just one in five (21 percent) would vote for the Labour Party, almost unchanged from three years ago.

"Since my first vote in general election in 1999, I voted for Labour Party for six times out of seven and I'll vote for Labour in this coming election," he said.

More than half (52.2 percent) of the 1364 people surveyed said they would prefer National Party leader Judith Collins as the Prime Minister.

Current leader Jacinda Ardern gets the support of just over a quarter (26.5 percent) of ethnic Chinese, although Ardern has become more popular than in 2017 when just one in five gave her the nod.

Senior lecturer at the School of Humanities at Massey University, Dr Sally Liu, says Chinese voters in New Zealand often look to a party which they believe will preserve wealth.

"They're better off. They're from the middle class or above middle class, so when they vote, they will vote for a party which can represent their socioeconomic class."

She said many Chinese voters also like to see a belief in a firm rule of law.

"The Act Party's policy is to enforce harsh law and to give more security to the society."

Three quarters (74.7 percent) of the respondents said they are satisfied with the government's response to Covid-19 - but it didn't translate into votes for Labour.

Professor Paul Spoonley from Massey University has a theory.

"I suspect what's happening is that it's a report card on how well the government has done up to this point but the Chinese voters are thinking about the future and what needs to happen next so that's why they're very focused on things that will stimulate the economy and which will address their concern."

He said all parties have done little to canvass the vote of minorities living in New Zealand.

"I think one of the things that surprise me a little bit is how little the major political parties are thinking of the immigrant, minority and ethnic vote. I would have expected to see more of a pitch in terms of candidates and policies which address the concerns of these communities."

The survey also shows Chinese voter turnout rate is at 78 percent, largely in line with the national average of 79 percent.

"The purpose of this poll is to encourage Chinese voters to care about their democratic rights and engagement with the upcoming general election and also that could help Chinese perceptions be better understood by wider communities of New Zealand."

Data were collected between 3-16 August through email and social media platforms and covers ethnic Chinese who were born in New Zealand and those from mainland China, Hong Kong, Macau, Taiwan, Singapore and Malaysia.