A group of Chinese workers claim they've been left out of pocket to the tune of tens of thousands of dollars after a former employer failed to pay their wages in full. 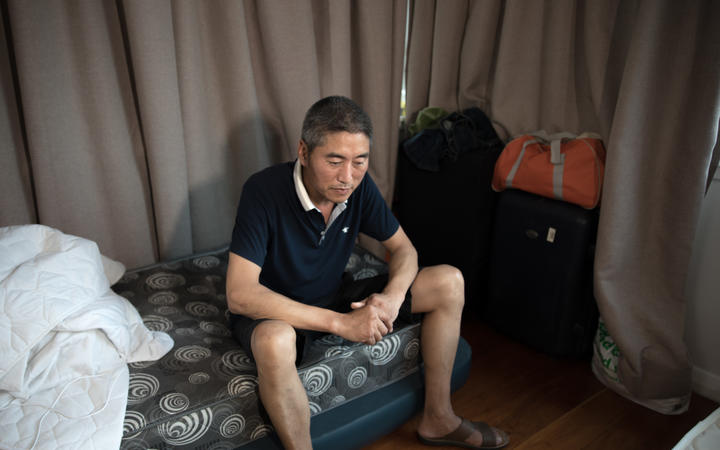 They claimed they've worked 16-hour days and up to 500 hours in one month, but received little or no pay, and now they've taken their old boss to the Employment Relations Authority.

The four men, Li Yanglin, Huang Jianjun, Yu Deli and Gao Litong, were among a group of construction workers who arrived in New Zealand in 2018 with the promise of good jobs and good pay. However, they were left without stable jobs.

They started to work for a concrete manufacturer in Auckland in February and their jobs included making frames, labouring and pouring concrete. Some of them were even asked to work as guards overnight during lockdown.

"The boss had been asking us to hurry up, hurry up. We worked until late every day, and were working more than 100 hours per week. Seven days, we worked every day. Sometimes we would work through the night."

Li said he only got one week's pay for 499 hours worked in four weeks.

He said for that week's work, IRD didn't have his tax record, which meant he was not entitled to the wage subsidy scheme, and he ended up not having enough money for necessities.

"During that period of time, our landlord always asked us for rent. We didn't have any way out but had to borrow money from friends, or I wouldn't even have a place to live."

Gao Litong said he's not been paid at all for his four weeks' work. Despite asking the management time and again, he said the payment never arrived.

"They kept delaying the pay - to the end of April and then the end of June. I was the first to leave the company later on. Some of them stayed there for another 10 days. I left it and went back to my previous company."

He also said it was unfair that he had to bear the additional costs.

"I wasn't even paid a cent. I have to use my savings for food, accommodation and transportation - we have to use our savings. I've paid rent for a few weeks. Not only that, because I broke the contract for leaving the rental place early, I didn't get my bond," Gao said.

The workers' employment advocate May Moncur said the men's treatment was appalling. She said migrant workers were in a vulnerable position.

"It was very difficult for them to deal with such issues giving that they have very limited resources, have language barriers and are also quite concerned about their ongoing employment and visa status."

Moncur said the normal employment relations claims procedure is too long for migrant workers, who are often limited by visa conditions.

"For these migrant workers on temporary visas, it's a very difficult, stressful process. Hopefully one day there could be a process designed to help these workers to resolve their issues in a more timely fashion."

The company said it's been in negotiations with the workers.

RNZ has decided not to name the company as the matter was only lodged with the authority this month.