A union representing a group of Chinese workers is calling for the government's help for the men who now have no work and nowhere to live. 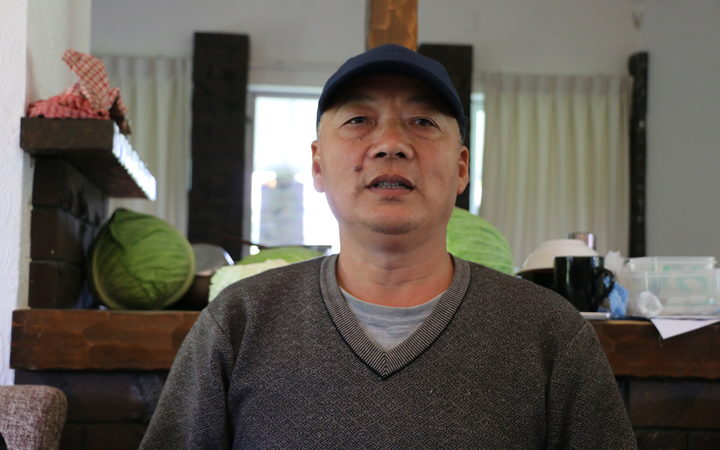 The men were trespassed on Monday and a security guard is now at the locked entrance to the property.

In December, RNZ reported the group's concerns about the man they believe conned them out of tens of thousands of dollars.

Workers said they paid tens of thousands of dollars to a man named Peter Li, and were given contracts for a construction industry labour company called National Personnel Ltd (NPL).

About 30 workers say they arrived in August - some claiming they paid at least $40,000 to Mr Li for working visas.

They said they were promised steady work, pay of up to $6000 per month, and that they'd eventually be able to bring their families to New Zealand.

But, one worker, Fan Guohua, said those promises were never fulfilled.

"Peter met us at the airport and took us to a small hotel in Tauranga.

He said some of the men were asked to mow lawns or prune fruit trees, despite the fact they had come to work in construction.

Most of the men were moved to a house in the South Auckland suburb of Takanini.

Mr Fan said they were suddenly kicked out and the property's gate locked this week.

"At 3pm on the afternoon of the 7th, NPL locked the door and stopped us from going inside.

"All of us were not at home then. They move us to here from Tauranga and arranged us to live on site of the company and now they kicked us out.

"They called the police and kicked us out."

The workers tried to enter the property to get their belongings, and police were called to try to resolve the situation.

They stayed at a community hall on Tuesday and the Unite Union's offices yesterday.

Another worker, Jin Jianming said he and all of the other men wanted to work honestly, pay tax, and contribute to New Zealand.

"If there's work for us here and if we can be transferred to some companies that need us, we'd like to make some contributions to New Zealand and continue to work.

"If they cannot do that, we'd like to have our money back."

Unite Union said the nature of their visas meant they could only work for National Personnel Limited.

Unite spokesperson Joe Carolan called for the government to help the men.

"We can get them work, there's offers of work coming in already ... and we want the government to assist in that matter so that these guys can get back to work and provide for themselves."

RNZ tried to contact Mr Li, but he could not be reached.

A spokesperson for National Personnel Limited said the Takanini house became overcrowded when some workers refused to leave.

The company said it had offered alternative accommodation.

"NPL has no obligation to provide accommodations to its workers . On compassionate grounds, NPL estimates it has provided over $25,000 of free accommodation to these employees," the statement said.

NPL said reports some of them were charged $150 a week in rent, and more for utilities, are false.

It said some of the men had refused to leave the property, and had brought in other people who were not employed by NPL into the house, causing overcrowding.

It had provided about $25,000 of free accommodation to the workers, the company said, and had no obligation to do so.

NPL also said it at no point seized the men's passports.