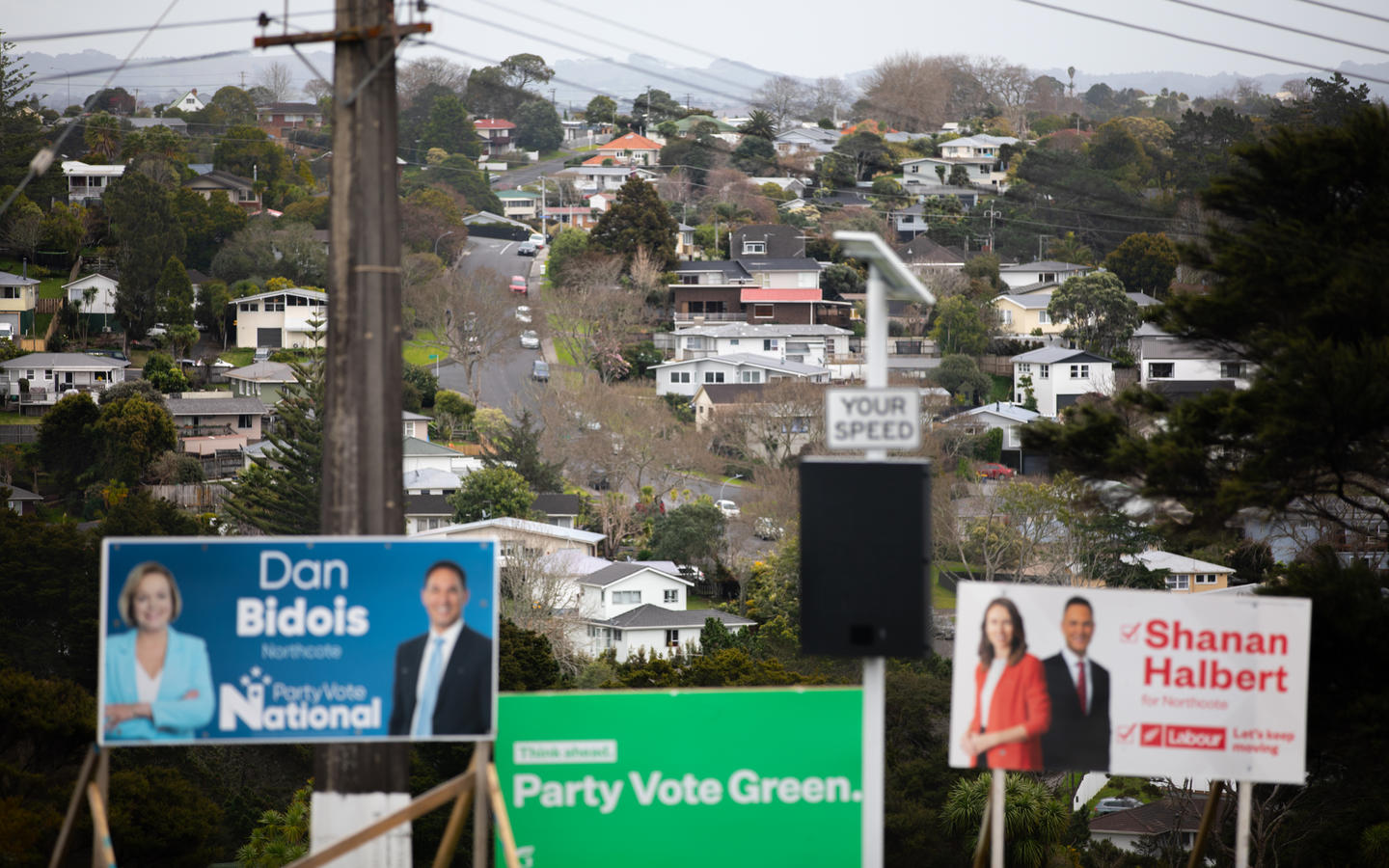 For the inside running on who might win the 2020 election, forget the polls. Instead, consider Birkenhead Baptist Church.

Not for divine insight - though Pastor Rob Markley sometimes wonders if there’s “something spiritual” at play - but because, one Saturday every three years, its hosts a kind of democratic miracle.

Pews get shunted across the hard-wearing grey carpet, replaced by cardboard voting booths, and the doors are opened to all-comers. About a thousand people cast their ballots at the church each election - and they do so almost exactly in line with how the nation votes.

Of the roughly 2500 polling booths across the country, Birkenhead Baptist is one of just eight that have got the party vote pretty much right in 2017, 2014 and 2011 - and the only one of those that also got it right in 2008.

For such a remarkable record, the church is entirely unremarkable.

The building, on Birkdale Road on Auckland’s North Shore, is low brick with a boxy corrugated roof, a plain wooden cross on the facade the only thing distinguishing it from the Chorus telecommunications building next door. Its next neighbour is the Birkenhead Transport depot, where a phalanx of pale yellow buses park up each night.

“We’re a bit dated and shabby...we’re not flash inside at all,” Markley says. “The furniture’s a bit run-down and the carpet’s worn out.”

The surrounding area of Birkdale is pick-and-mix: wooden bungalows fronting the street, smaller fibrolite houses tucked down right-of-ways, a cluster of pensioner flats on one corner. The residents are a similar jumble of incomes and backgrounds - and plenty of them come to Kathy Mavaia’s salon opposite the church to get their hair done and have a yarn.

There’s plenty of talk from customers about the election, though they’re coy about revealing who they support. “They’re a bit careful because it can get pretty heated,” Mavaia says. The Covid-19 response is the issue on most people’s minds, she thinks. “There’s a lot of talk about Jacinda… If she can get us out of this mess.” But she’s happy to call the result of the cannabis referendum already. “Heaps of people want to vote to legalise cannabis - every type of person you can think of has been saying they want to vote for that.” 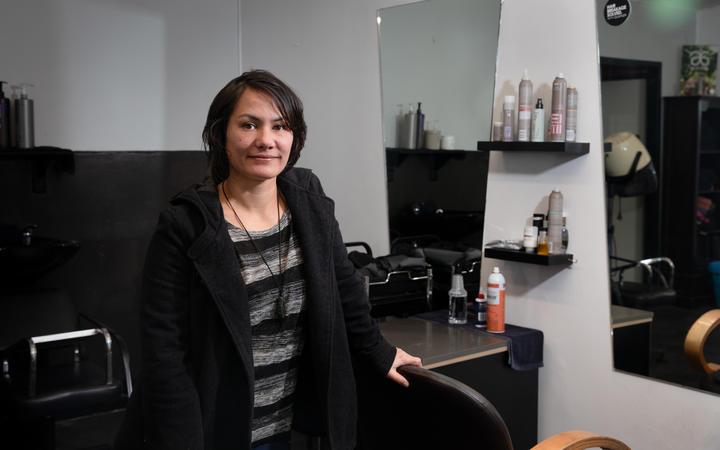 Birkdale’s accuracy each election doesn’t surprise her. “There’s a huge variety of people, from lawyers to cleaners - they all come into the salon,” she says. “It’s so diverse and so you get everybody’s different opinions - which is all of New Zealand I guess.”

Demographics don’t fully explain which polling booths end up as bellwethers, though.

Based on Census data, none of the areas that the most bang-on polling booths are located in, including Birkdale, are wild outliers for either ethnicity or income, but nor are they dead-ringers for the demography of New Zealand overall.

What is noticeable is that all eight polling booths are in areas with a slight skew towards Pākehā and Asian residents. “I know what that will be,” Auckland University political researcher Dr Lara Greaves says. “Māori and Pasifika - Pasifika particularly, but Māori too - are multiple times more likely to vote for Labour than they are National. So they’re less likely to swing to National when there’s a popular leader…. So they’d just overrepresent Labour voters wherever you have Māori and Pasifika.”

Conversely, research shows Pākehā and Asian voters seem to have fewer partisan attachments, Greaves says - and so an area where both groups are overrepresented means a voter population that is more likely to swing with the prevailing political mood.

Pick an area of the country that does represent New Zealand’s demography, right down to education levels, religious beliefs and home ownership levels, and the polling booth results aren’t at all accurate. RNZ identified a block in Saint Andrews in the Hamilton West electorate in this story last year that represented New Zealand in miniature - but the results from the nearest polling booth at Vardon Primary School were way off, with voters in the area skewing towards National every election. The better Labour did nationally, the more out-of-step the polling booth became.

For a long time in New Zealand’s political history, Hamilton West was one of two traditional bellwether electorates, along with neighbouring Hamilton East. “[They] used to be the ones that people talked about - where Hamilton goes, the country goes,” political pollster David Farrar says. “That was certainly quite correct for many years.” However, National has now retained those seats since 2005 despite two changes of government.

Using entire electorates as bellwethers is not as feasible under MMP as it was under first-past-the-post, Farrar says. “You still get that in countries like the United States where they can point to tipping-point states… You can still find areas that tend to be reflective of New Zealand so they give you an advance look at what’s happening but I don't think they're as predictive as they were in the past.”

Counterintuitively, looking at individual polling booths could provide a more accurate picture of voting tendencies, he says. “You get some polling places which reflect [a] suburb as a whole and that suburb [happens to be] a good microcosm of the swing voters - the ones who do tend to flip between National and Labour. There are some areas where it doesn’t matter how good a day the National or Labour Party is having, they’re still going to be 70 or 80 percent that party.”

In his work polling for National, Farrar has resorted to looking at groups of polling booths he knows are accurate to give him a feel for how election night results - which the Electoral Commission reports booth-by-booth - are going. “There’s more sophisticated ways to do it ... but if you’re just wanting to get a very quick and simple way to do it, that is what we would do.”

Not everyone in the area is a swing voter. Peter Abel and his wife Maraia - who opens the door with a big, toothy smile - live on a side-street down the street from the church, where they’ve voted most elections. The couple migrated to New Zealand in the early 1970s, when Norman Kirk was prime minister. Peter liked Big Norm; liked the Labour Party he led. He cast his first vote in this country for Labour and has been doing so ever since.

He’ll make the short walk to the Baptist church again on 17 October - his 16th election - and vote for Jacinda Ardern’s Labour Party. “Jacinda’s been good to us pensioners - increased our electricity [winter energy payment].”

Abel doesn’t advertise his party leanings, but the fences that line Birkdale Road are peppered here and there with billboards - mostly National and Labour. Whether the Birkdale area will retain its bellwether status or become more polarised may depend on how the face of its population evolves. Rob Markley hasn’t noted much change in the nine years he’s been there but says that, as one of the few remaining affordable areas on the North Shore, it does attract first-home buyers. “So there is a certain amount of upwardly mobile families that have stretched to get into the area but have been able to buy houses.” 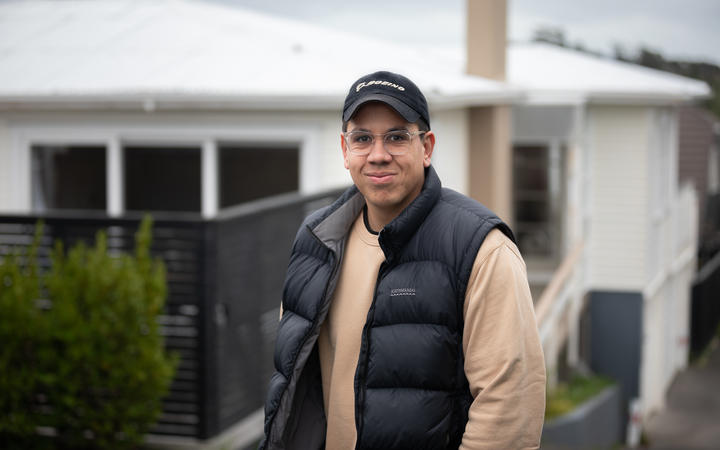 Daniel Matenga has recently moved to the area and will vote at Birkenhead Baptist Church for the first time in October Photo: RNZ / Claire Eastham-Farrelly

The white weatherboard cladding of Daniel Matenga’s house looks newly-painted and a wooden handrail leading to the front door is still mellow and honeyed, not yet bleached grey by the sun. A small, bouncing shadow is yelping behind the glass door and makes an unsuccessful rush for the gap when Daniel opens it. “You’ll have to come inside,” Matenga says, holding the door with one hand and gripping the collar of Tucker the pug with the other.

Matenga and his partner Ash bought this house less than a year ago and live with a couple of flatmates. It makes sense to him that the area is a barometer of political opinion. “It really is everyone and anyone in this sort of area.”

He’s on the Māori roll and says party policies around tikanga and Māori representation are important to him, along with the environment, sustainability and what he describes as the “rebuild” of New Zealand’s economy in a post-Covid world.

He voted Labour in 2017, partly because he liked the party’s housing policies. “We were purchasing our first home and that sort of drove the decision.” He’s still waiting to see what policies are announced in the lead-up to the election but isn’t expecting to change his vote. “I would personally be better off myself if I swung towards National, given my income band plus I’m a home-owner … but we’re only in that position because of what’s happened previously. So it would be really unfair for me to now go, ok, I’ve got what I wanted from it so now I’m going to change my vote.”

There’s diversity beyond the main parties in Birkdale, too. One of the residents of the pensioner flats says she’s been a staunch supporter of New Zealand First for years, though wonders out loud if leader Winston Peters is getting past it: “He’s too old.”

Rob Markley says the people he knows in Birkdale would not be Labour voters, “but I wouldn’t necessarily expect them to be National voters either”. 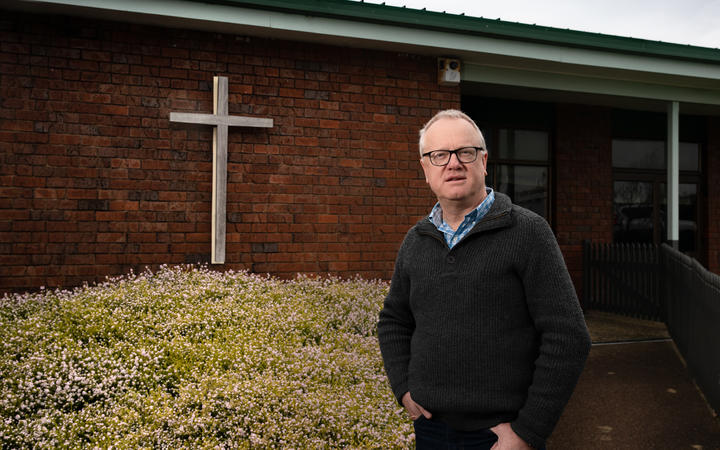 This will be Markley’s fourth election since he became Birkenhead Baptist’s pastor. Does he ever feel any tension between its role as a place of worship and an occasional outpost of political expression? Not really, he says. “I actually like the idea of the church being a polling booth…. In a bygone era, churches were the centre of their communities.”

There’s something reverent about election day after all - the earnestness of adults lining up clutching their EasyVote cards; the watchfulness of the polling staff; and the quiet calm of a cardboard voting booth where anyone, no matter their background, can make a secular confession that’s just between them and their ballot paper.

Accuracy of polling booths was based on how much the party vote for each party that won a seat in Parliament deviated from the nationwide vote each election. RNZ selected the top 100 most accurate booths at the 2011, 2014, and 2017 elections and calculated their average (mean) ranking, keeping only those booths with an average rank of 50 or better (to account for one slightly ‘off’ year in an otherwise highly accurate run). This left eight booths, with only Birkenhead Baptist Church also appearing in the top 100 booths in 2008 (ranked 7th). The visualisation shows only the vote share for the five parties that were returned to Parliament for the past three elections (ACT, Greens, Labour, National and New Zealand First).