Clever tactics from Jacinda Ardern this week, starting off Labour's policy rollout with a promise that if the government is re-elected there will be a public holiday to mark Matariki. 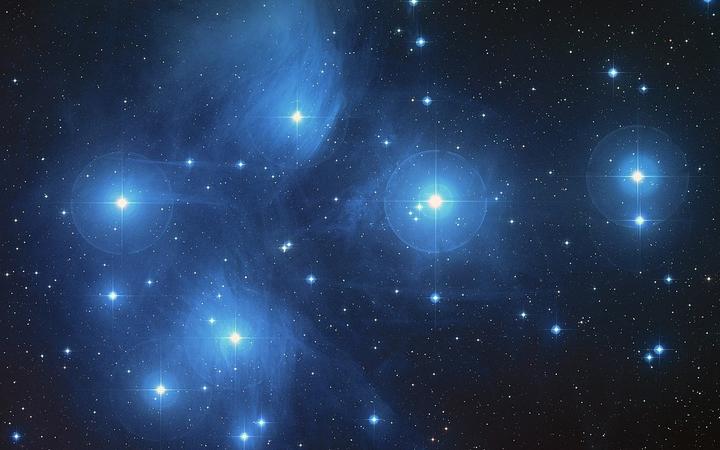 She won praise from Māori and Pakeha for recognising the Māori New Year, public holidays are popular with the vast majority of voters and the decision was difficult to oppose without critics looking like spoilsports.

It's also something that can definitely be achieved. Ardern can swiftly put a Holidays (Matariki) Amendment Bill through Parliament with Māori filling the public galleries. It should have locked in a few votes.

News outlet Stuff, which has been campaigning for a Matariki holiday, headlined its report "Matariki move a masterstroke".

National leader Judith Collins said some of her team thought it was a great idea but she was concerned about its impact on businesses - another public holiday employers would have to pay for.

Stuff picked up on that aspect in its report, recalling that Helen Clark's Labour government increased annual leave from three to four weeks in the early 2000s. There were dire warnings at the time about the effect that would have but the sky didn't fall and now it's accepted as simply a cost of doing business.

Labour's other big announcement wasn't good news, and Grant Robertson ignored the historic belief that announcing a tax hike before an election is a sure way to lose votes.

He decided to do it in the first week of the campaign and get it out the way. It was, however, relatively benign and there can't be many Labour voters among those who earn more than $180,000 a year.

They are the ones who will have to pay 39 cents in the dollar on income above that level. The current top rate is 33 cents which cuts in at $70,000.

Robertson said it would affect only two percent of earners and bring in $550 million a year. The other 98 percent probably think they can afford it.

"Our plan strikes a balance as we recover from Covid-19," he said. "It will avoid the cuts to services being suggested by the National Party and also help keep the lid on debt as we support the economic recovery from a 1-in-100 year shock."

It means someone earning $200,000 a year would pay an extra $23 a week. That's a cup of coffee a day, said Winston Peters, who thinks it won't raise nearly enough revenue.

National said it was just the beginning. "Labour will eventually widen the net and come after middle income earners," finance spokesman Paul Goldsmith told Morning Report. "We don't need more taxes at a time like this… nobody got themselves out of a recession by increasing taxes."

Tax expert Geof Nightingale, a member of the government's Tax Working Group, said higher earners would be able to put their money in companies or trusts to avoid taxes.

Collins had a busy week, kicking off with a $50m policy to deal with the methamphetamine scourge - four years after former prime minister John Key announced his own "war on P".

"We can either decide that we're going to lose the war or we're going to decide to take it seriously," Collins said. "A National government will tackle this problem from all angles, addressing both demand and supply."

The new war plan also focuses on treatment and rehabilitation as well as cracking down on drug smugglers.

Collins also unveiled a plan to create a National Infrastructure Bank. It would consolidate several existing agencies and provide finance and advice to local government on infrastructure projects.

How it would do that takes some explaining, and finance spokesman Paul Goldsmith had a go: "Our infrastructure bank will provide clear lines of accountability to not only ensure value for money but also deliver tangible assets that underpin future development in the form of better resourced schools, health services, water provision and housing."

The main parties released a raft of relatively minor policies. Among them, Labour promised to extend the Small Business Cashflow Loan scheme and National said it would fund a Hawke's Bay Hospital upgrade.

The minor parties were there too, and Act announced a substantial policy. It would take mental health funding away from the Ministry of Health and DHBs and instead channel it to patients and providers through a Mental Health and Addiction Commission.

Deputy leader and health spokesperson Brooke van Velden said the current system was a disorderly mix of funding arrangements with providers struggling to deliver a co-ordinated response. "We need a new approach to addiction and mental health in this country, it's clear the status quo isn't working," she said.

Winston Peters took NZ First's campaign to Southland, where he met workers at Tiwai Point aluminium smelter. Owner Rio Tinto intends closing it in August next year, putting more than 2000 jobs at risk and threatening many more in the local economy.

Peters told them there was no reason why Tiwai Point couldn't continue operating for another two decades, and his plan could be negotiated by Rio Tinto, the power companies and Transpower.

To make it happen Southland voters would have to support his party and give him the leverage he needed to negotiate on their behalf.

Peters said keeping Tiwai Point open was a bottom line for his party, meaning he would insist on it being part of any coalition agreement.

It wasn't all serious politicking during the first week.

Peters is learning a new way of campaigning because of social distancing restrictions. He's at his best in front of packed audiences at public meetings, the noisier the better. That isn't happening and he's been on walkabouts instead.

Politik's Richard Harman was with him in Dunedin and wrote this account: "A first attempt at a walk around the Octagon produced one encounter with three young men enjoying the spring sun and having a beer and then a group of schoolgirls, half of whom, unfortunately, were wearing blindfolds because they were trying to experience what it would be like to be disabled."

The traditionally raucous Aro Valley candidates meeting was limited to 50 people because of social distancing but there was no shortage of hecklers and water pistols.