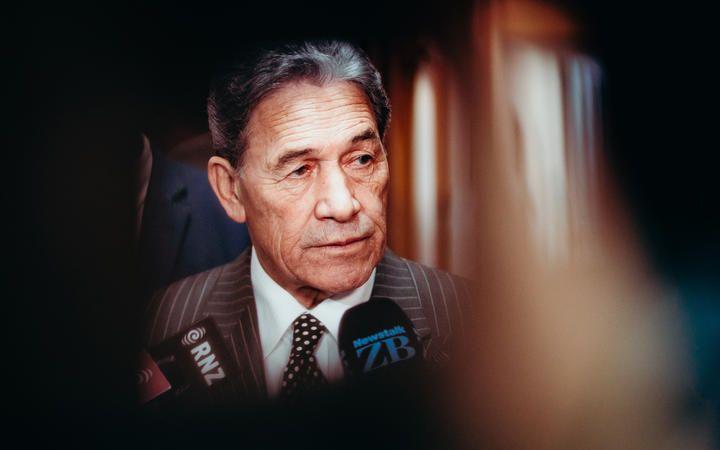 The photographs, and a video, were posted on The BFD, a Whale Oil-linked website which has been running stories defending New Zealand First and trying to belittle reporting about the NZ First Foundation donations.

The photos ran with an article criticising the reporting, which Espiner and Shand have both been involved in. 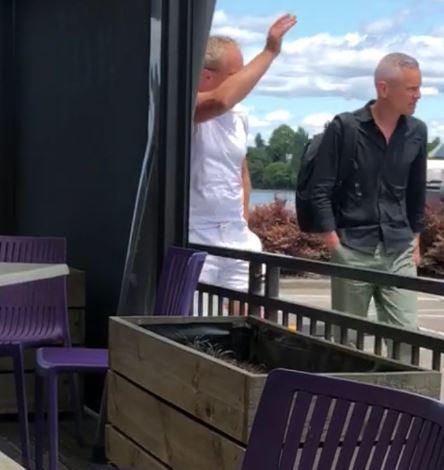 The deputy prime minister has said two reporters were photographed going to a meeting with Gray "to prove that was the sort of behaviour going on".

When RNZ contacted Peters this evening to ask who "we" referred to, Peters said he didn't know who took the photograph.

"To say that I said that we physically went and took a photograph, that's bulldust," he said.

Later, Peters tweeted: "NZF has no interest in following Mr Espiner or any other journalists. The very reverse applies. No private investigators have been engaged to follow Mr Espiner or anyone else. A supporter thought it odd seeing ex-president Lester Grey with Mr Espiner so took a photo. Simple."

He made no mention of how the pictures came to be on The BFD site.

The Whaleoil website closed in 2019 in the wake of its parent company going bust, defamation cases and its controversial founder Cameron Slater suffering a stroke.

It was the subject of the 2014 book Dirty Politics, by investigative journalist Nicky Hager, which detailed close links between the blog and National MPs running smear campaigns against political opponents.

The BFD website is registered to Andrea Parkes, who has a Whale Oil email address.

Winston Peters has been under pressure to answer questions about the secretive New Zealand First Foundation.

RNZ has revealed that the Foundation received donations from entities connected with some of the country's wealthiest business people in amounts just under the threshold at which the donors' names would normally be made public.

The Electoral Commission said it believed the Foundation had received donations which should have been treated as party donations and had referred the matter to police to investigate. The police then referred it to the Serious Fraud Office.

Peters said in light of the Commission's findings, New Zealand First would review its arrangements for party donations.