Cabinet is taking advice from officials on whether a wider investigation is needed into the Whakaari / White Island tragedy last week that killed 16 people. 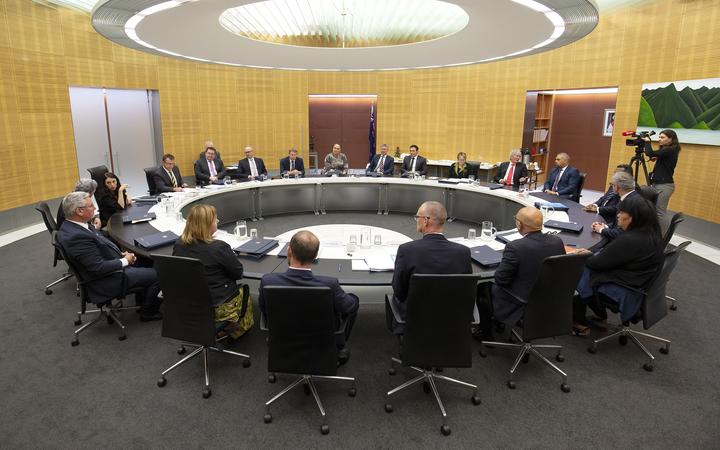 The Cabinet has asked for any gaps not covered by the two investigations into the Whakaari / White Island eruption to be identified. Photo: POOL

Prime Minister Jacinda Ardern announced this afternoon at the post-Cabinet press conference that Cabinet had requested work be done to identify any broader issues or gaps that may fall outside of the two investigations into safety concerns surrounding the eruption a week ago.

The eruption on the small island in Bay of Plenty left at least 16 people dead, with two people also presumed dead and yet to be found. Another 26 people are still in hospital in New Zealand and Australia, 10 in a critical condition.

There are two investigations under way: one by police on behalf of the coroner and the other by WorkSafe, as is mandatory when a fatality occurs at a workplace.

With the WorkSafe investigation likely to take about a year, Ardern said Cabinet ministers wanted to know if any action needed to be taken sooner and ordered work to be done.

That advice is expected in the New Year.

Workplace health and safety laws and regulations for adventure tourism have been updated over the years in response to past tragedies.

Tour operators, like White Island Tours, work under 2016 regulations that require them to undergo a safety audit and register with WorkSafe, the agency that has primary regulatory oversight.

The WorkSafe investigation will consider all the relevant work and health and safety issues surrounding the eruption and can prosecute if anyone is found to have been at fault.

"I understand the WorkSafe investigation may take a year and coronial processes are also likely to continue for some time," Ardern said.

"As a Cabinet we know that it's possible there will be broader issues that won't be covered by these inquiries. Therefore I have asked for advice from officials to look into whether there are any gaps that need to be addressed that fall outside of a potential coronial inquiry and the WorkSafe investigation." 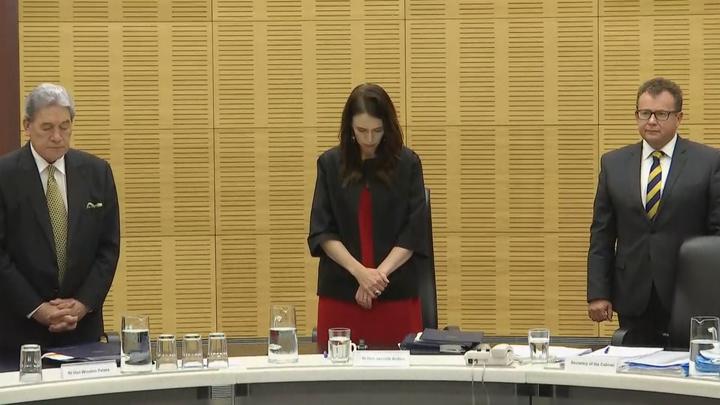 Whakaari is privately owned and Ardern said it might be a case of looking at the different regimes as part of a wider inquiry.

WorkSafe is the regulator of activities classed as adventure tourism, and Ardern said the watchdog would not be able to investigate its own actions, "but it wouldn't be out of the question for instance for a coronial inquest to potentially do that".

While a wider investigation is possible, Ardern said she wanted proper advice from offficials before deciding what more to do.

"I want to ensure we answer all the questions that need to be answered and to try and do that with as little duplication as possible,'' she said.

The adventure tourism regulations have only recently been updated and Ardern said she did not envisage needing to substantially change them.

She said the changes had been made after other tragedies, like the 2008 Mangatepopo canyon disaster and the 2010 Fox Glacier parachuting crash.

In both those cases the investigations had been carried out by WorkSafe's predecessor - the Department of Labour - alongside coronial inquests, and Ardern said that meant the Whakaari tragedy may also not require an investigation beyond what had already been announced.

She said if officials determined there were gaps, it was likely a third inquiry could get under way before the others were completed.

As for whether tourism would resume at Whakaari, Ardern said that was not a decision for her to make and it was up to WorkSafe to decide.

Cabinet today also approved $5 million to mitigate the impact of recent events both in Whakatāne and the flooding in Westland.

"This fund will focus on small businesses who may have been adversely affected," Ardern said.

Ministers Phil Twyford, Grant Robertson, Kelvin Davis, Nanaia Mahuta and Peeni Henare will establish the criteria for the fund and administer it over the Christmas period.

Ardern also said it was too early to plan a Whakaari memorial, and the priority was reuniting families with their loved ones.

"That will take some time but I don't expect we'll have a memorial as a result anytime soon,'' she said.

Ardern met with Australian Foreign Minister Marise Payne in the Beehive this afternoon, along with the Australian High Commissioner Patricia Forsythe.

Ardern expressed her gratitude for the "enormous support" from the Australian government in the wake of the eruption.

"Australia has experienced a huge amount of loss in this tragedy and the contact, the offers from PM Morrison and the government has been fantastic.

"We've really felt that support and at the same time we want to offer it to you for your loss," she said.

Payne thanked Ardern for her words.

"I appreciate that so much, Prime Minister. I've been in touch with Deputy Prime Minister and Foreign Minister Peters as well and condolences for the tragic event itself but also for the losses New Zealand has experienced," she said.

"I met some of the medical professionals there that have literally saved lives. They've literally enabled people to be able to be in a state where they could be transferred back to Australia.

"Medical evacuation of burns victims is extraordinarily difficult and I cannot thank you enough for what those professionals have done, let alone the first responders who took people off the island, brought them back, and saved those lives. It's extraordinary," Payne said.