A minute's silence will be observed on Monday at 2.11pm to honour the victims of the Whakaari / White Island eruption. 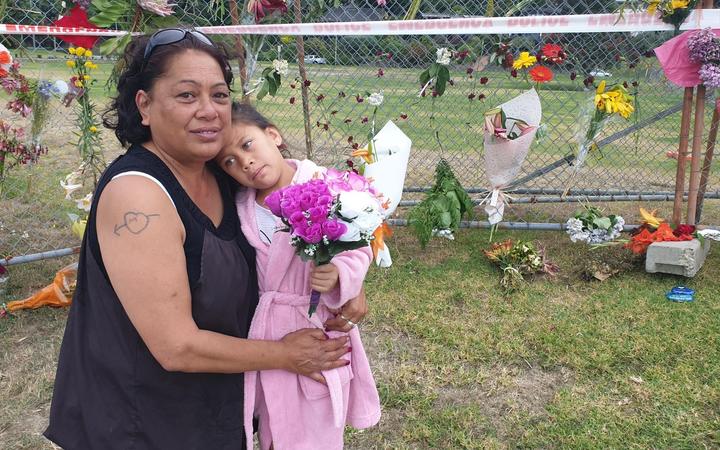 Prime Minister Jacinda Ardern said she will be observing the silence alongside members of Cabinet at their weekly meeting.

She said it will be a moment that New Zealanders and those around the world can stand alongside those who have lost loved ones.

The minute's silence will be exactly one week after the eruption started on Monday.

The security cordon on the Whakatāne foreshore has been lifted today for the first time since Whakaari / White Island erupted on Monday taking the lives of 17 people.

Parked beyond the wall of tributes - which has been moved aside - are the vehicles of the police dive squad and a screened off receiving area.

The police and navy dive squad continued to search today for one of the two bodies which remain unaccounted for.

The body was last seen in the ocean near the island. The whereabouts of the other body is unknown.

At the wall of tributes, Katerina McLean had travelled over from Rotorua to tautoko (support) the whānau involved in the tragedy.

"We just brought some flowers down for the memorial just to remember everyone who has passed and for all the families who have lost someone here."

McLean and a group of about six supporters are members of tour guide Tipene Maangi's wider family. 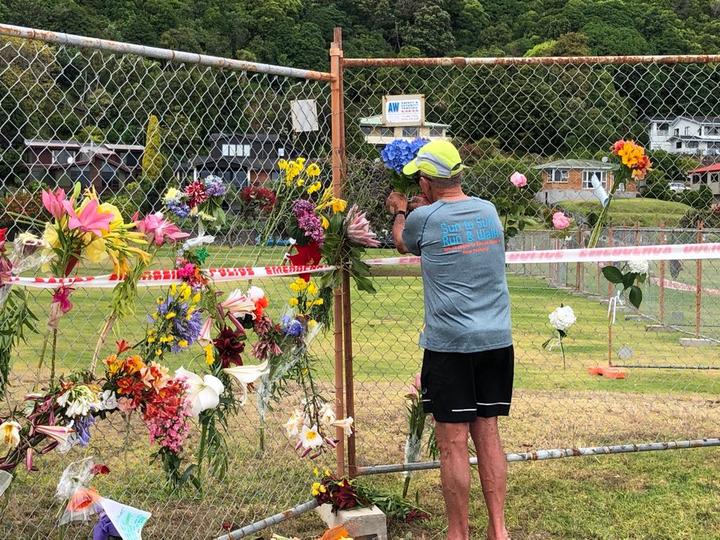 The fence cordoning off the Whakatāne boat ramp has become a place for flowers and other tributes to the victims of Monday's eruption. Photo: RNZ / Murphy

Tipene was one of those missing on the island.

Six-year-old Kymani Mihaka laid flowers at the cordon on behalf of the group.

"Because the people died and they passed away."

It said no further eruptions had occurred since Monday's fatal blast, but the volcanic alert level remained at level two.

GNS said there had been a very short-lived and unsustained period of ash emitting which did not fall beyond the active vent area.

The vent area was still hot, with web cameras recording images of a glow coming from it.

Some of the agency's monitoring equipment is partially buried under ash and may stop functioning as batteries run out, but GNS Science said the remaining equipment would allow monitoring to continue. 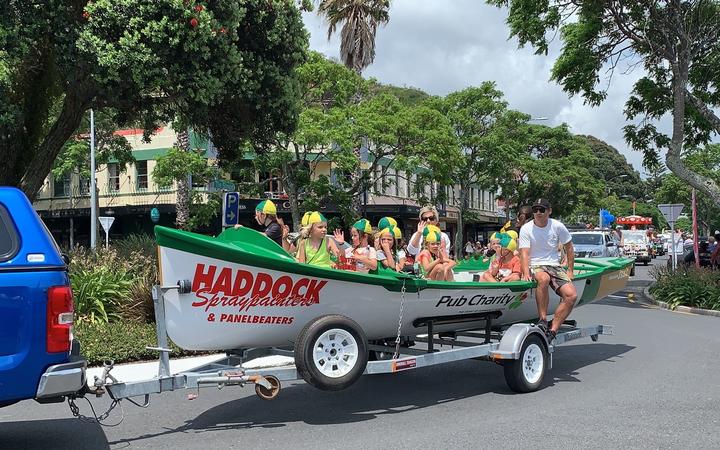 One local says although Whakatāne will never be the same after this week's tragedy, she is pleased the annual Christmas parade has gone ahead. Photo: RNZ / Katie Scotcher

Whakatāne locals said it had been a long week of mourning after Monday's eruption. They said they were still shocked and saddened by what happened, and would take a long time for the town to move on.

The town held its Christmas parade today and one woman, Eula, said she had lived in Whakatāne her whole life and always hoped something like the eruption would not happen.

Waiting with her mokopuna for the Christmas parade to begin, she said she was pleased it was going ahead.

Whakatane’s annual Christmas parade is underway. Lovely to see so many smiling families, considering the awful week this small Bay of Plenty town has had. @radionz pic.twitter.com/rVGpHmW8FP

She said the town would never be the same after the eruption and the loss of life.

Another woman, Sonia, said it will take a long time for the town to get back to normal.

She said there will be some difficult questions to face in the coming weeks and months, particularly about the future of tourism on White Island. 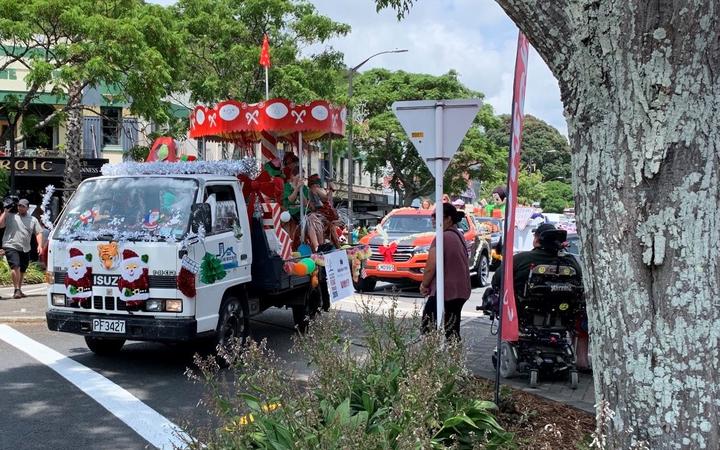 Of the 14 victims of the eruption being cared for in New Zealand hospitals, 10 are in a critical condition.

Another 13 patients have been transferred to Australian hospitals.

Counties Manukau Health is under pressure caring for patients from the eruption and some of its patients will be sent to other hospitals in the Auckland region for treatment next week.

The Emergency Department's Clinical director, Vanessa Thornton, said the demand on Middlemore's Burns Unit has been immense. She said in the coming days, patients from Middlemore may find themselves transferred to Auckland or Waitemata DHBs.