Sheep placenta cream - ever heard of it?

Thai Prime Minister Prayut Chan-o-cha has, and named it while talking with Jacinda Ardern about their respective countries working more closely together on high value agricultural goods. 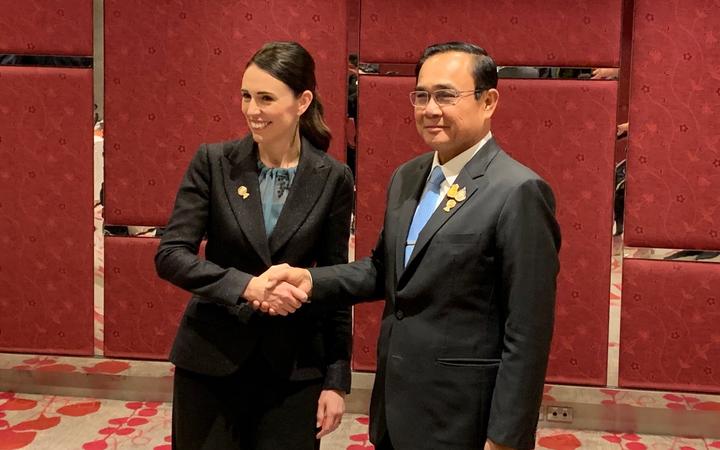 Ms Ardern is in Bangkok for the East Asia Summit, which has become the main game in town after the cancellation of APEC in Chile due to anti-government protests.

The serious business of trade and regional security will occupy the ASEAN leaders, and dialogue partners including New Zealand, as they head to the main summit meeting later today.

Mr Prayut greeted Ms Ardern warmly, asking about her daughter Neve, who was back home in New Zealand.

Then it was down to business with talk of taking tips from New Zealand about adding value to agricultural goods.

"Because New Zealand is a leader in this area as shown by these products that have been renowned around the world such as kiwis, dairy and sheep's placenta cream," he said.

Ms Ardern was bemused by the reference, saying that had never been raised with her before, "perhaps he noticed the youthful look of our delegation", she told reporters afterwards. 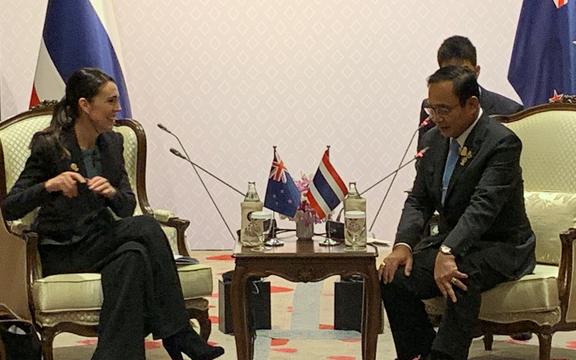 Her Agriculture Minister, Damien O'Connor, was also unfamiliar with the product - "the prime minister might use it, I certainly don't - can't you tell?"

But there is a serious deal on the table for many of the countries represented at the summit - known as RCEP.

The talks have dragged on for years, but speaking yesterday Ms Ardern said it was a bit early to be writing off any progress yet for another year.

"There is majority consensus around RCEP members that has been the case for some time, there are some outstanding hurdles to overcome but premature to make a call before the end of the summit."

Both this government and its predecessor have said New Zealand won't settle for a poor quality deal, and there's one country holding up the RCEP agreement.

"We will be advocating for New Zealand to gain from the RCEP agreement have trade deals with almost all member countries - bar India - its an obvious opportunity but that country too will be looking at own domestic interests," Ms Ardern said.

Those interests are a huge agricultural sector, fearful of what liberalising trade with a country like New Zealand would mean. 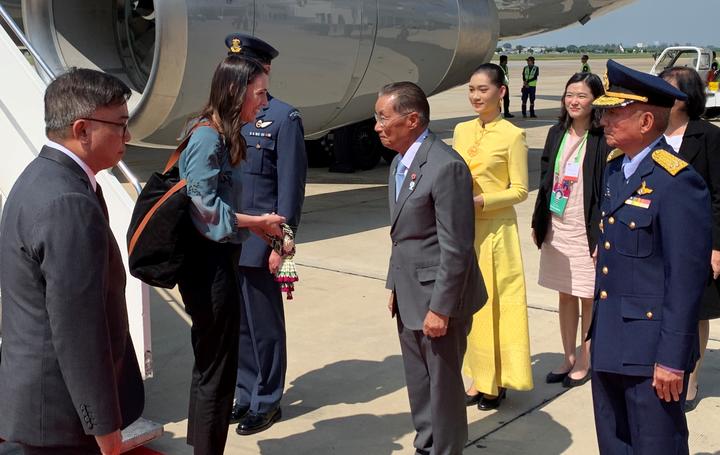 India had "farmers with two cows very sensitive to any impact on their incomes", Mr O'Connor said, but New Zealand would be focused on the high-end, value-added part of the market.

But "not all the Indian dairy farmers see it that way", he acknowledged, saying it was all part of negotiating trade deals.

"Get on a plane and get to Washington and have a frank one-on-one with the President of America in the White House, he's indicated he's keen on a trade deal, we should be doing everything we possibly can to move forward."

Ms Ardern responded, saying: "Actually you recall that I only just met him in September and we're obviously working towards free trade talks already."

She was asked if she was planning a trip to Washington next year.

"I haven't scheduled any of those kind of plans going forward, particularly next year obviously weighing up very closely the need to also make sure I'm focused on a general election ... but that chance in September to have that meeting one-on-one ... was a very efficient way to catch up."

The summit resumes later today where Ms Ardern will continue the one-on-one meetings, with India and China likely on the list.