Chile has pulled out of hosting two major international summits, including a UN climate change conference, as anti-government protests continue. 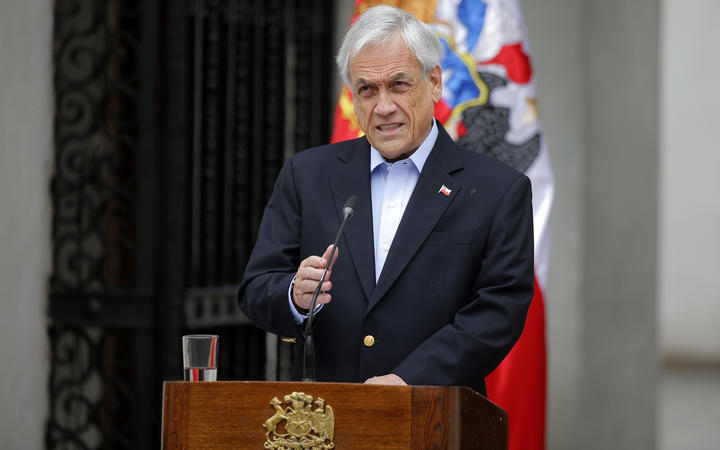 President Sebastian Pinera said the decision "caused him a lot of pain" but his government needed "to prioritise re-establishing public order".

The Asia Pacific Economic Cooperation (APEC) forum was scheduled to bring together 20 world leaders, including the US and Chinese presidents on 16-17 November.

White House officials said President Donald Trump had been planning to meet Chinese President Xi Jinping there to discuss a possible trade deal. The two nations have been locked in an escalating trade war for some 18 months.

The COP25 climate summit was scheduled for December, and the UN said it was now "exploring alternative hosting options".

And as the news was announced, a US-based organisation also separately revealed that millions more people are at risk of coastal flooding from climate-driven sea-level rise within the next century than previously thought.

Chile's cancellation of the APEC summit caught the Trump administration by surprise, a White House official told Reuters. The official said Washington learned about the decision from news reports and is seeking more information. 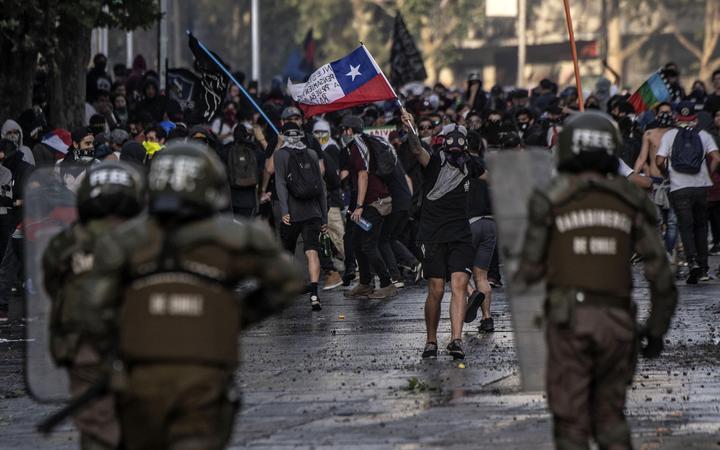 Demonstrators clash with riot police in Santiago, Chile, during protests against the government's economic policies on 29 October. Photo: AFP

What's going on in Chile?

At least 20 people have been killed since the mass protests in Chile began.

While many protests were peaceful there were also deadly incidents of arson and looting, as well as violent clashes between the security forces and protesters.

They have shown little sign of abating despite Mr Pinera announcing measures to ease Chileans' discontent with high levels of inequality and other grievances.

More than 7000 people have been arrested and the response by Mr Piñera's government to the protests has come under heavy criticism.

He declared a state of emergency and night-time curfews in many of Chile's major cities but the measures only seemed to further incense protesters.

A rally on Saturday is estimated to have drawn more than one million people to the streets of Santiago, in what organisers said was the largest demonstration since democracy was restored in Chile in 1990.

The cancellations are a further blow to Chile's much-vaunted image as one of the most stable countries in Latin America.

"This has been a very difficult decision, a decision that causes us a lot of pain, because we fully understand the importance of APEC and COP-25 for Chile and for the world," Mr Pinera said in a brief statement from La Moneda presidential palace.

He said Chile was "deeply sorry for the problems and inconveniences that this decision will mean for both APEC and the COP. But as President of all Chileans I always have to put the problems and interests of the Chileans, their needs, their desires and their hopes."

With Mr Pinera's popularity at an all-time low, Chileans were calling for new protests and the United Nations was sending a team to investigate allegations of human rights abuses by security forces.