Hundreds of Extinction Rebellion activists have been arrested as protests take place across the globe. 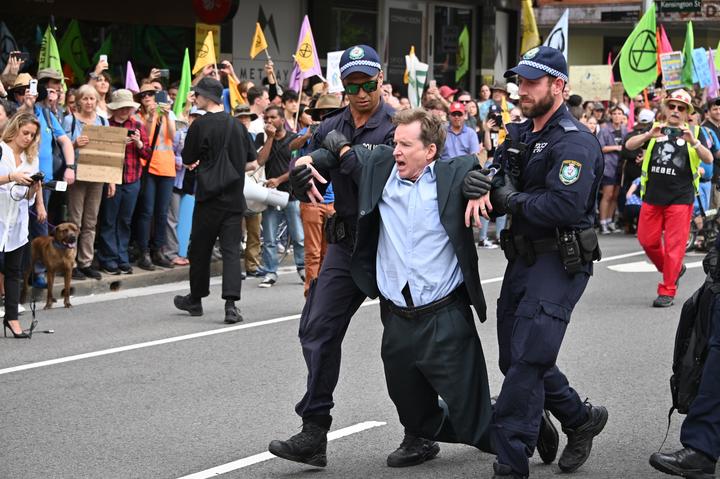 A man is arrested during the Sydney Extinction Rebellion protest. Photo: AFP

Thirty people were charged with committing offences in Sydney after hundreds blocked a road, while more than 100 were arrested in Amsterdam.

Protests by climate change activists are expected in some 60 cities over the next two weeks.

The group is also causing disruption in London, where at least 276 people were arrested on Monday. 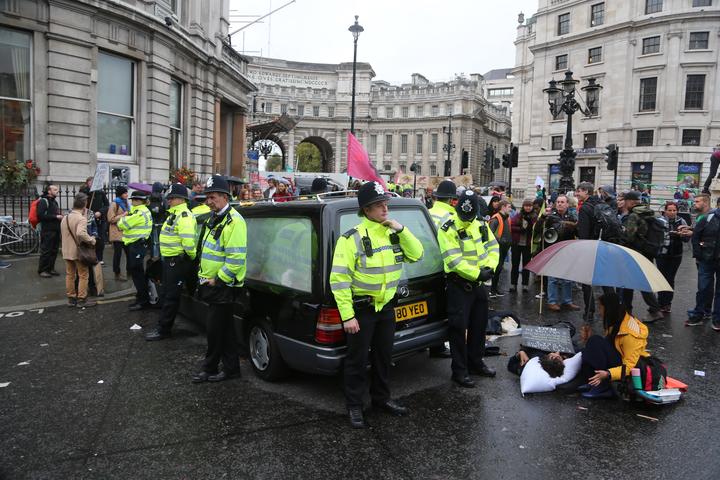 "We have tried petitions, lobbying and marches, and now time is running out," Australian activist Jane Morton told the AFP news agency.

"We have no choice but to rebel until our government declares a climate and ecological emergency and takes the action that is required to save us."

Australia's government has been criticised for its lack of action in tackling climate change but it insists that it is doing its part to reduce global carbon emissions.

The country's Home Affairs Minister Peter Dutton said last week that names and photos of Extinction Rebellion protesters should be widely distributed to "shame" them.

What's been happening and where?

Almost 150 activists have already been detained in London, with organisers vowing to shut down key sites in the city including the Houses of Parliament and Trafalgar Square.

Similar protests in the UK earlier this year brought major disruption to London and resulted in more than 1100 arrests.

Protests are expected to spread across dozens of cities, including Delhi and New York, in the days and weeks ahead as activists call for urgent environmental action. 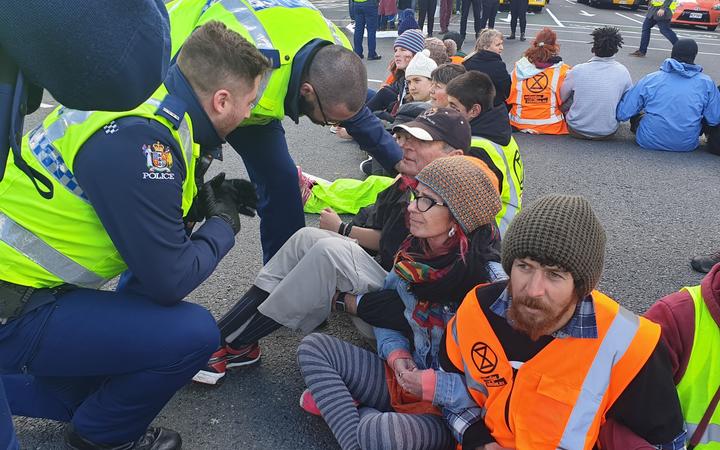 It describes itself as an international "non-violent civil disobedience activist movement".

Extinction Rebellion was launched in the UK in 2018 and says it now has groups willing to take action in dozens of countries.

The group uses an hourglass inside a circle as its logo to represent time running out for many species.

What are its aims?

In the UK, Extinction Rebellion has three main demands: