Hundreds of thousands of people have joined climate strike marches across Canada, with almost 100 events planned in cities and towns. 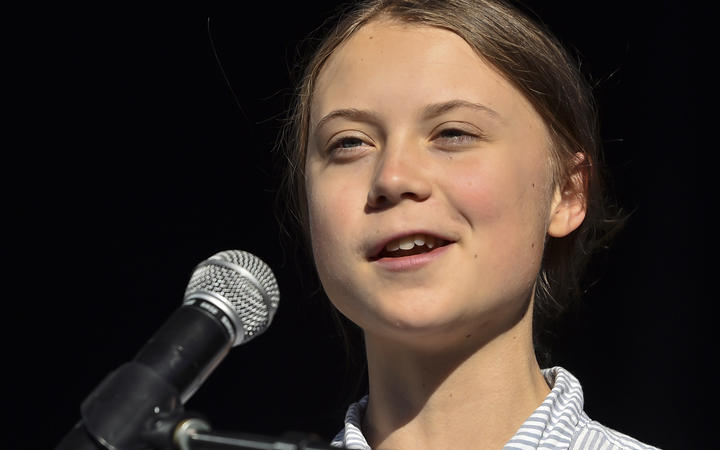 Swedish climate activist Greta Thunberg takes to the podium to address young activists and their supporters in Montreal. Photo: AFP

Protesters are taking part in the global climate strike movement, which has seen people around the world take to the streets.

Yesterday 170,000 people took to the streets around New Zealand with thousands of adults joining tens of thousands of school students for the country's third school strike for climate action.

The 16-year-old - who on Monday chastised world leaders at the United Nations over their failure to do more - spoke in Montreal at the start of strikes in the city, which are expected to draw more than 300,000 people.

"It is very moving to see everyone, everyone who is so passionate to march and strike," she told reporters. "It is a very good day, I would say."

During her visit, Ms Thunberg will receive the key to the city from Montreal Mayor Valérie Plante.

Organisers say half a million people have gathered in the eastern city of Montreal alone. Officials told local media the number was closer to 315,000.

These figures place the Montreal event among some of the most attended environmental marches in history. The September 2014 People's Climate March in New York attracted at least 310,000. 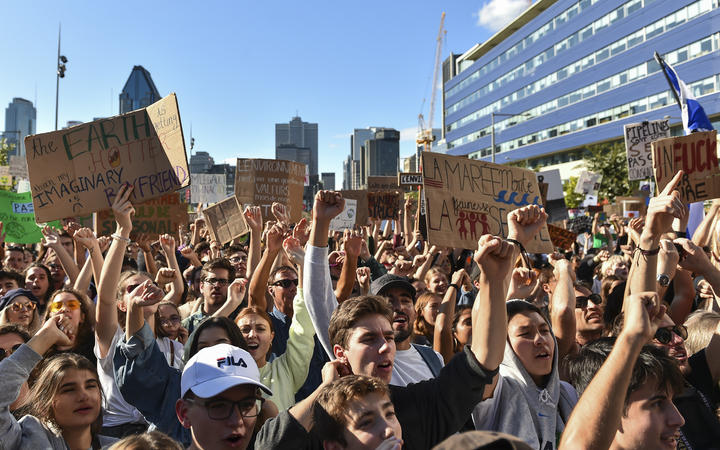 Young activists and their supporters rally for action on climate change in Montreal. Photo: AFP

Schools, colleges and universities suspended all or some classes for the day, and the city government and some businesses have encouraged staff to take the day off. City public transit is also free for the event.

The march was mostly peaceful, though a man was tackled by police and arrested after approaching Prime Minister Justin Trudeau.

Léa Ilardo, 21, a university student helping to organise the march, told the BBC she hopes it serves as a demonstration of how important it is to take climate action.

"Why should we study or work when the survival of humanity and the planet is called into question?" she said.

Meanwhile, in Portugal, police removed hundreds of climate change activists, mainly from the Extinction Rebellion group, from one of Lisbon's main streets on Friday evening after a peaceful demonstration earlier in the day.

Throughout the afternoon, thousands of young protesters took over Lisbon's streets in a climate strike inspired by teenage activist Greta Thunberg.

But, later on, a group of hundreds of protesters holding Extinction Rebellion flags blocked one of the city's main arteries. Protesters put up tents and sat outside the Bank of Portugal building before being removed by authorities. 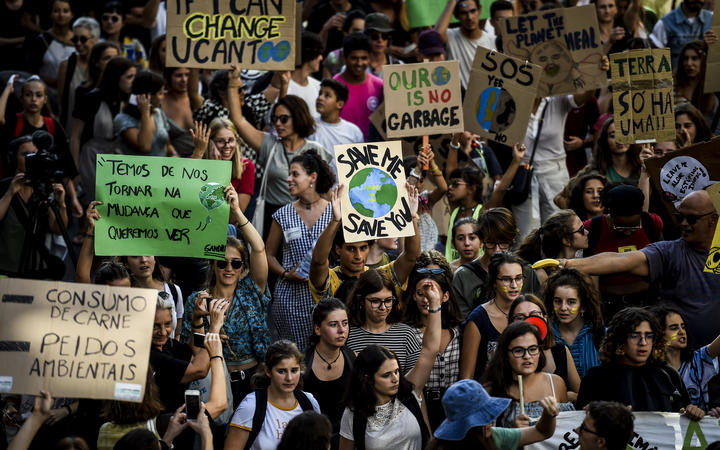 "There's no planet B," the protesters said.

A Reuters witness saw some of the protesters being dragged away by police. As officers removed them from the middle of the Almirante Reis avenue, some protesters shouted: "This is not what democracy looks like."

Extinction Rebellion activists disrupted London with 11 days of protests in April that the group cast as the biggest act of civil disobedience in recent British history.

On their Facebook page, the Portuguese branch of Extinction Rebellion said they demand, among other things, a climate emergency to be declared and carbon neutrality by 2030.