More than 40 events have been held across Aotearoa as part of an international movement sparked by Greta Thunberg.

See images from today's protests around the country here: 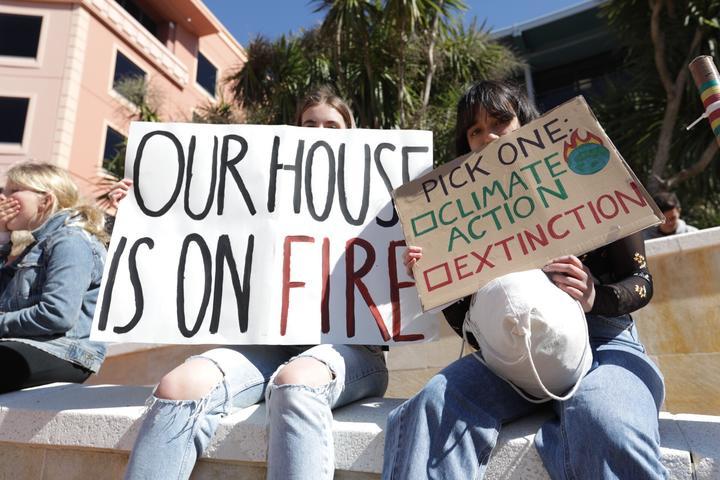 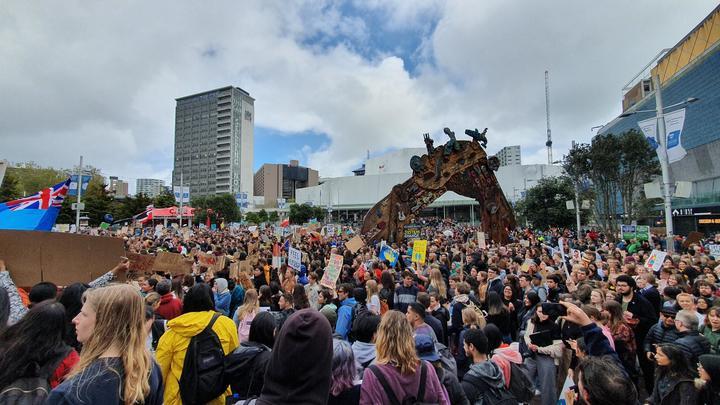 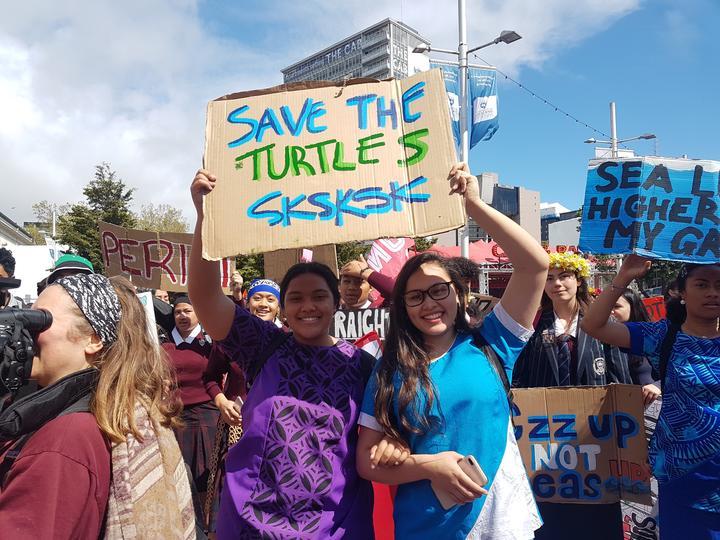 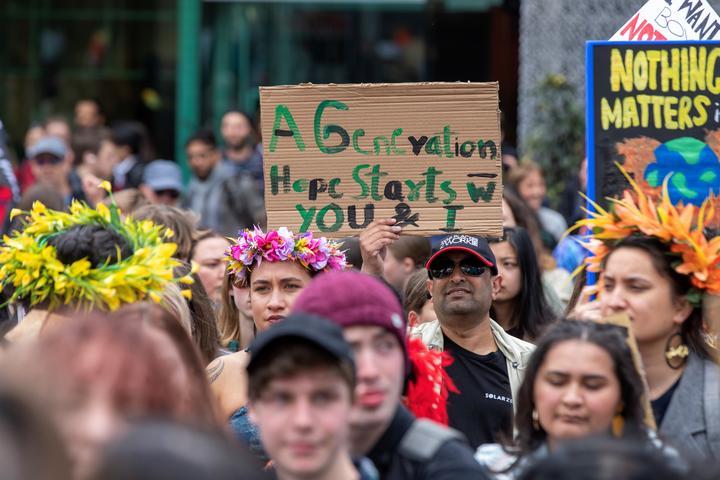 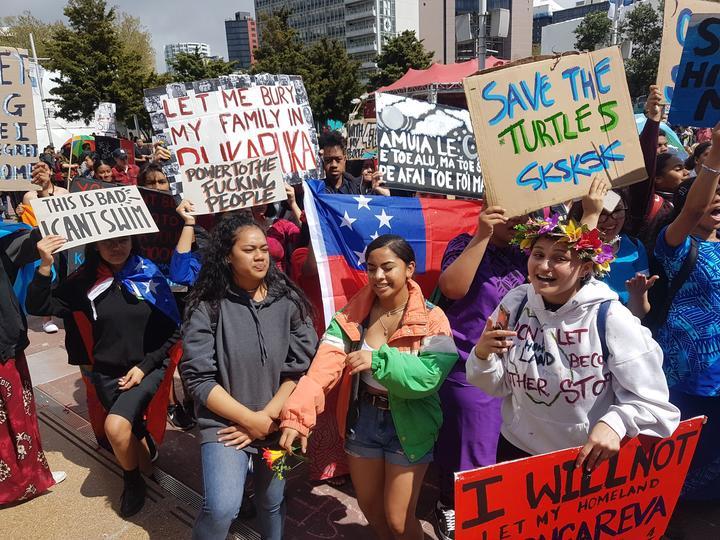 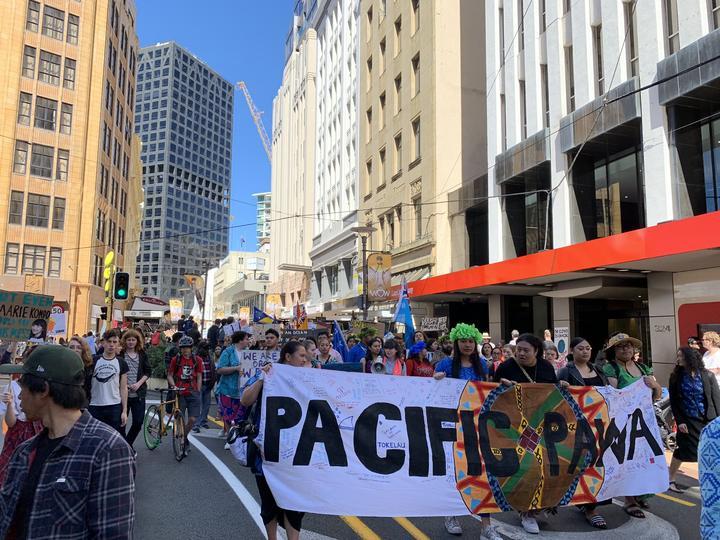 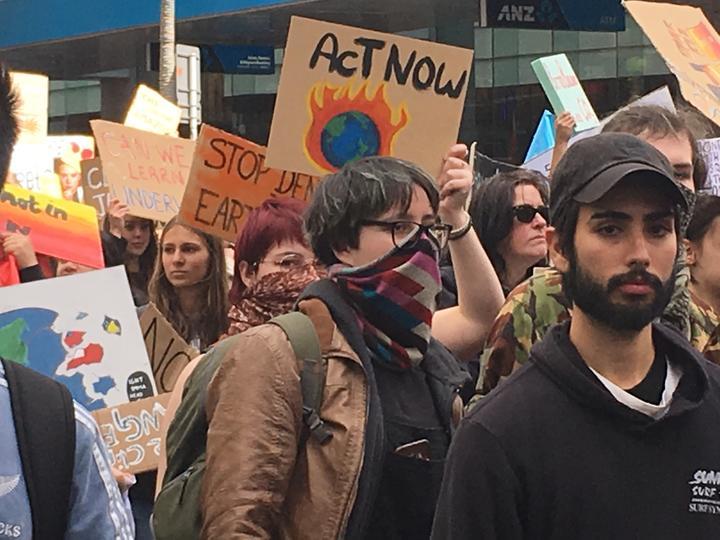 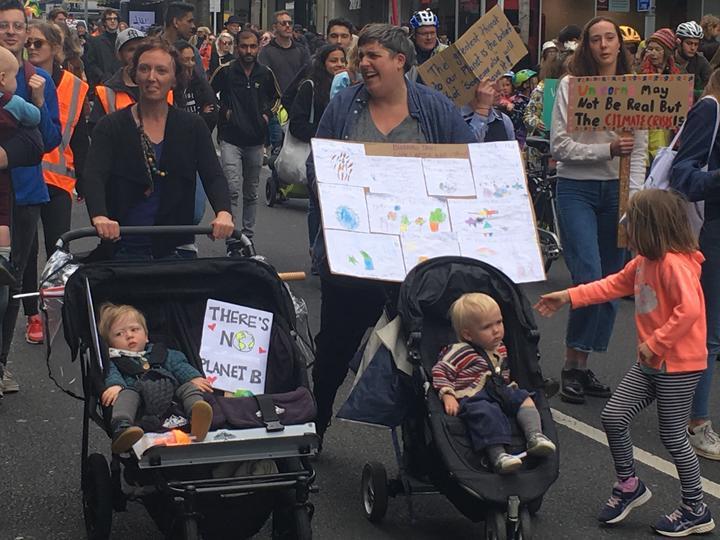 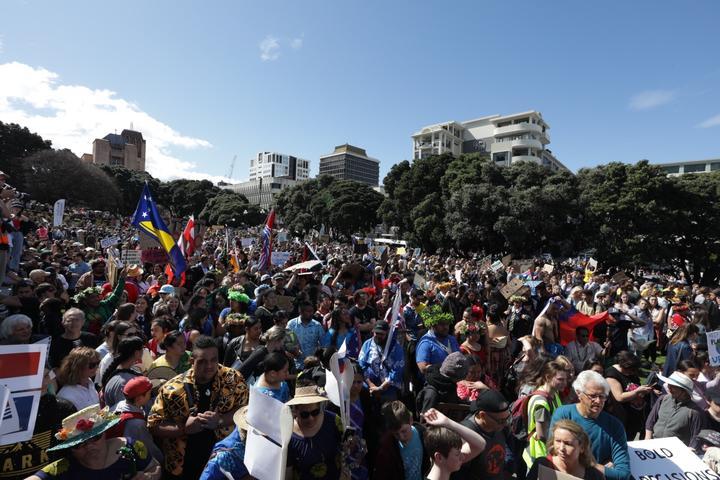 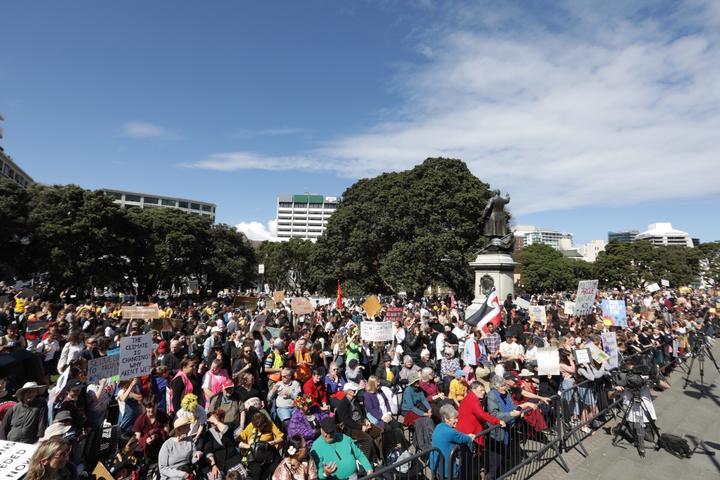 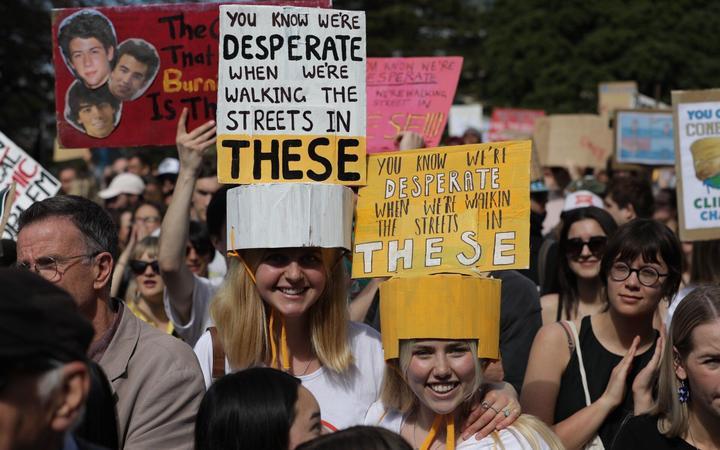 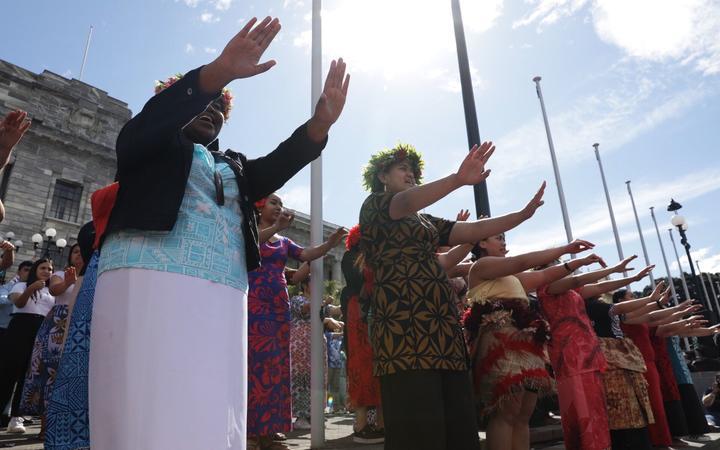 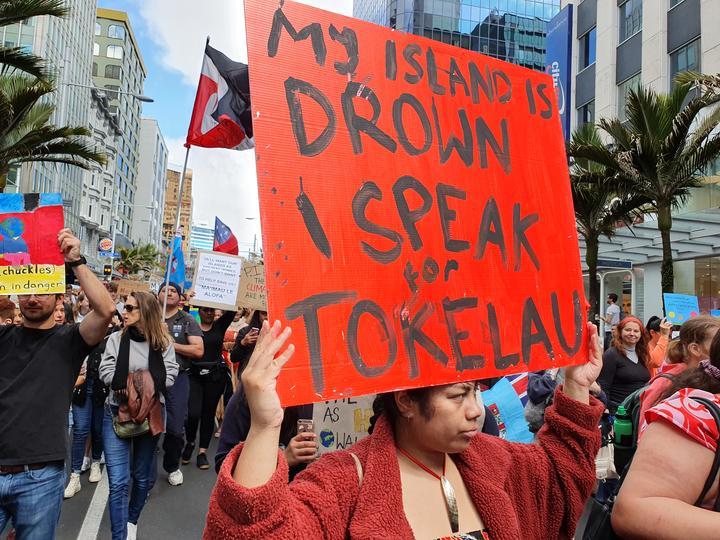 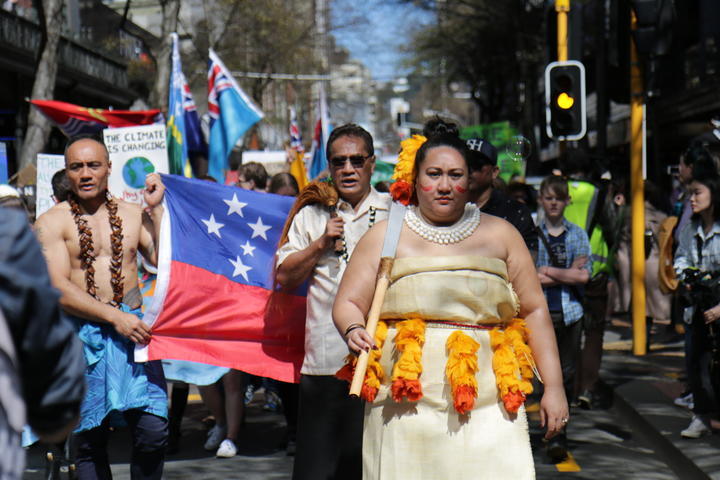 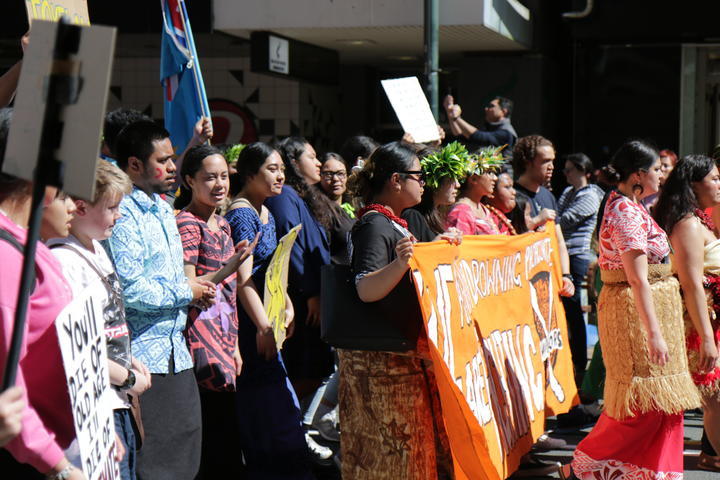 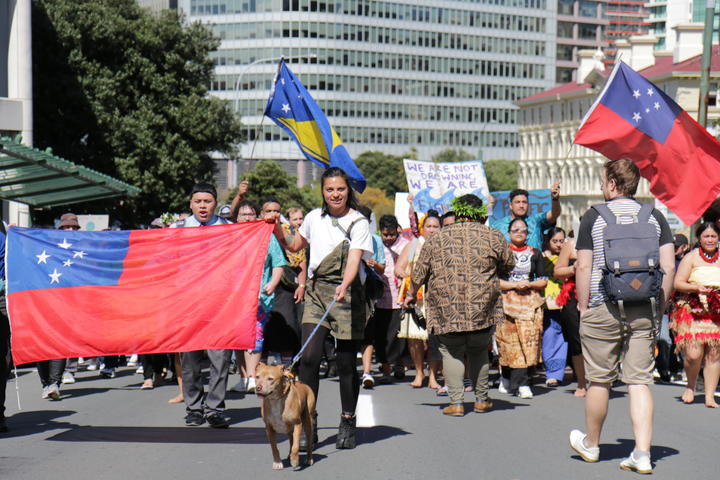 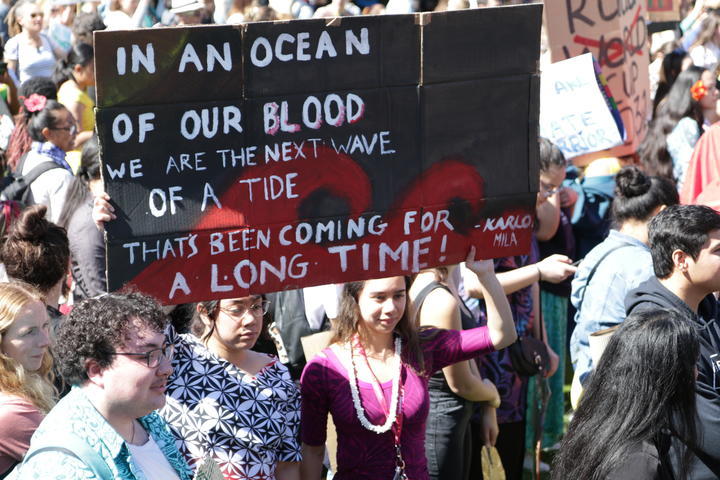 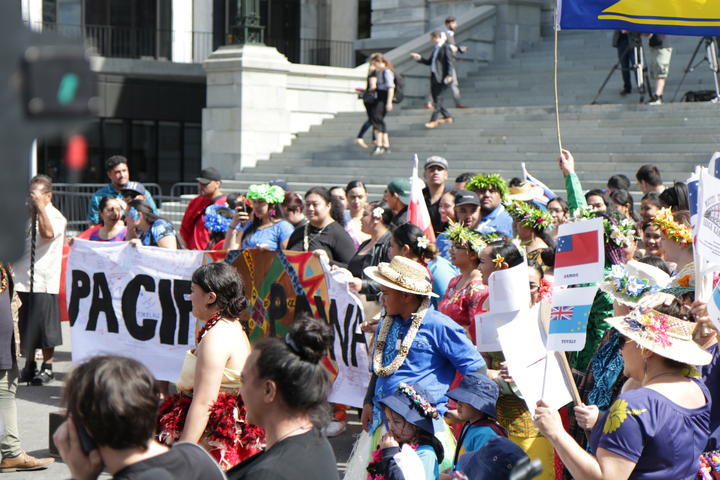 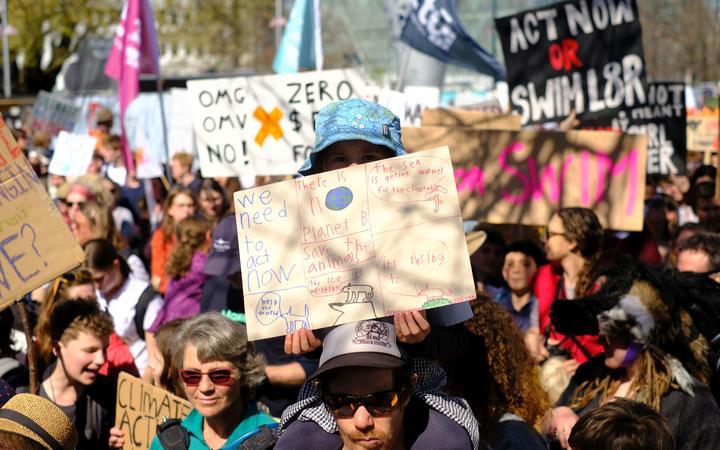 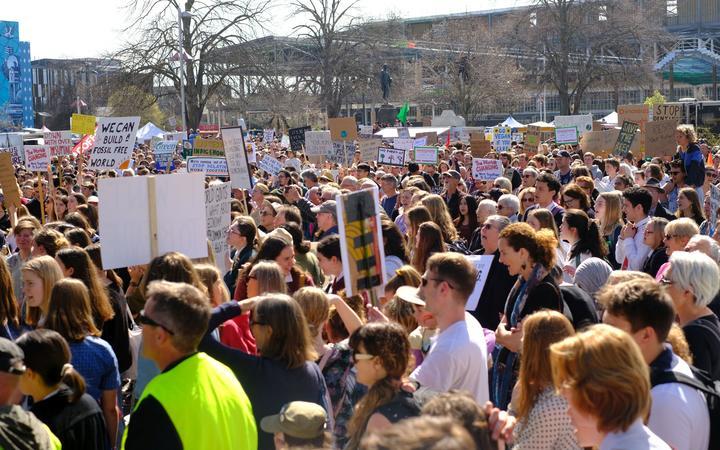 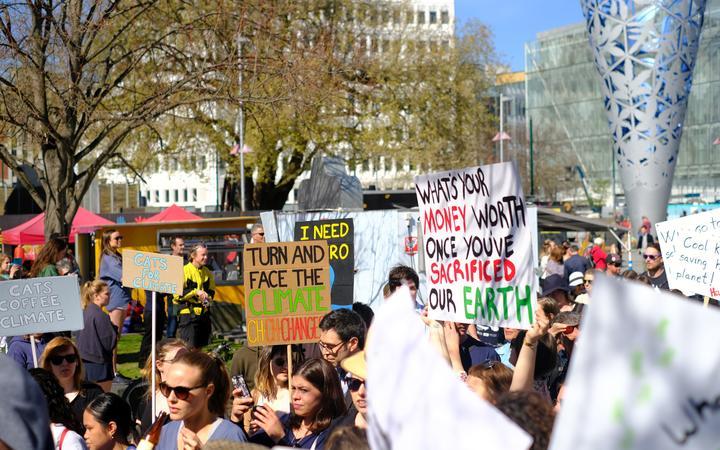 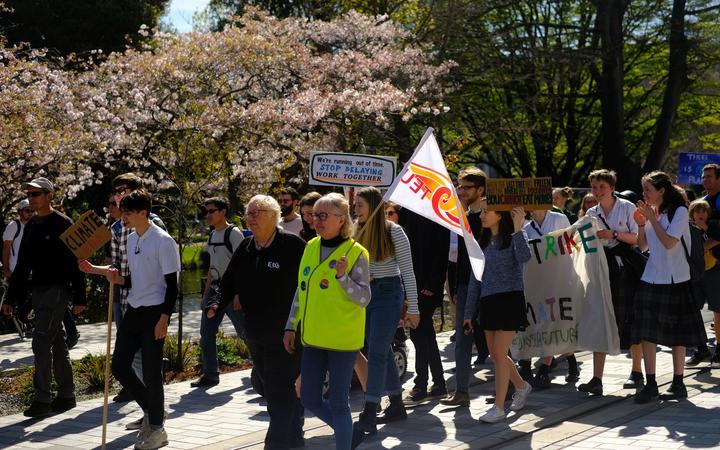 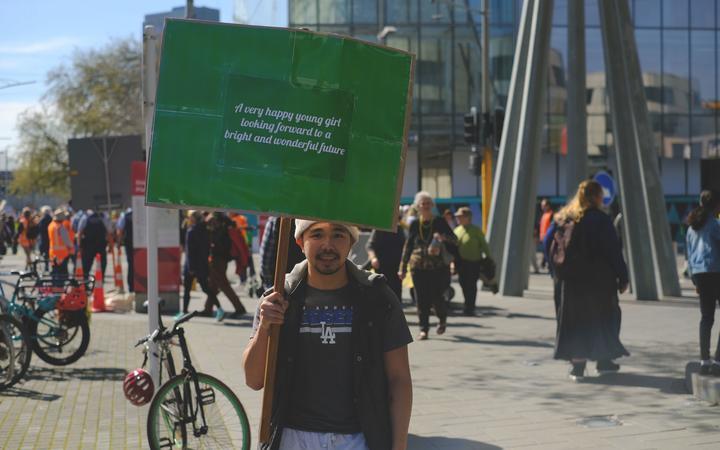 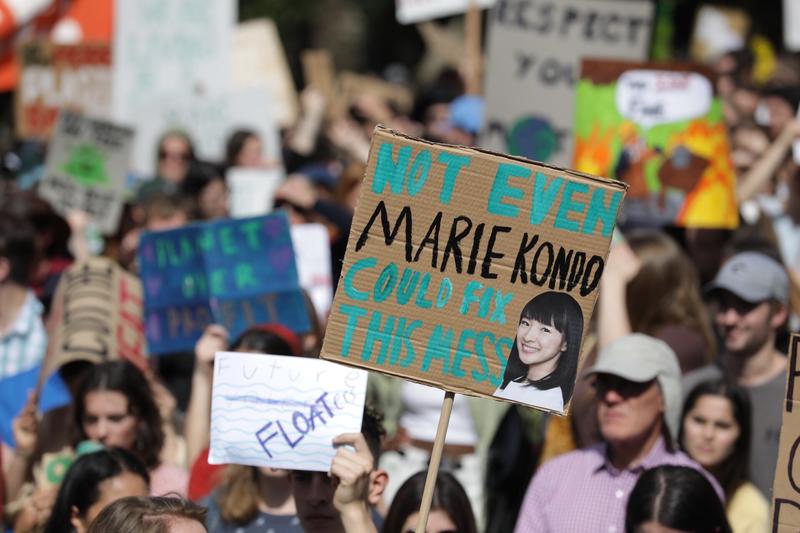 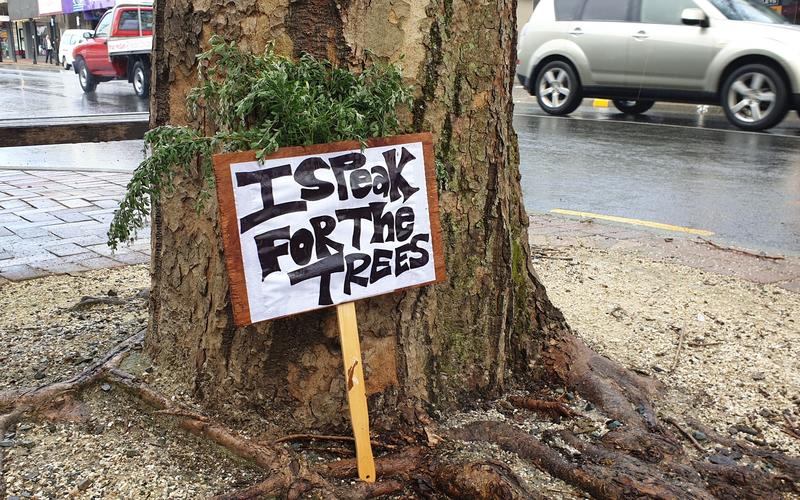 It's the third School Strike 4 Climate, but this time organisers called on the wider public to join - and dozens of businesses and organisations shut their doors to take part.

A letter signed by more than 11,000 people was on its way to Parliament, calling for the government to declare a climate emergency and to start building a renewable and regenerative economy.

According to research by Harvard University political scientist Erica Chenoweth it takes around 3.5 percent of the population actively participating in the protests to ensure serious political change, the BBC reported.

One of the organisers Sophie Handford said School Strike 4 Climate had only been in New Zealand for seven months.

"Greta Thunberg's ability to say it how it needs to be said, she says 'we only have time to speak clearly and everyone at the moment needs to be speaking clearly about the impacts of climate change', I think the way that she's able to put these world leaders in their place and almost make them feel guilty for what they're doing and the destruction of what will be our future is incredibly powerful."

Another organiser Luke Wijohnand said: "There's such a difference between what we see happening in our political area and what is coming out from these scientists. It's like they don't even read the stuff, it's like they can't even understand or they don't panic when they hear that billions of people are going to die."

He said climate change legislation "is too little too late".

'Protect the world from turning into a bombsite' 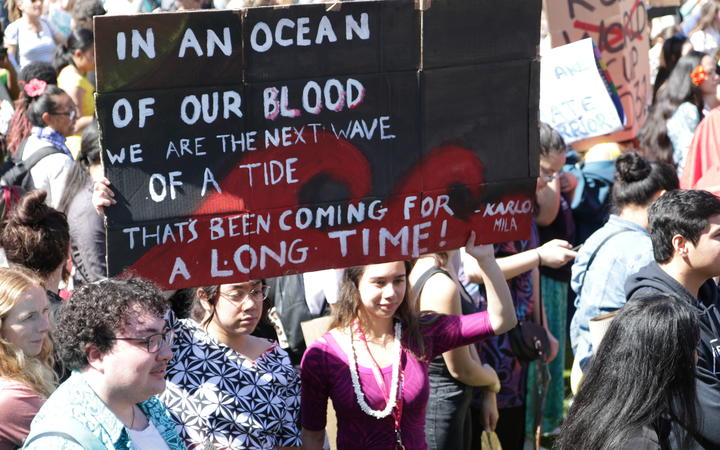 In Wellington, protest organisers and other observers estimated as many as 40,000 people joined a march through the central city in one of the biggest rallies in memory.

Led by a contingent of Pasifika students, the protestors ranged in age from newborns to grandparents and the final marchers did not arrive at Parliament until more than 30 minutes after the first had arrived. 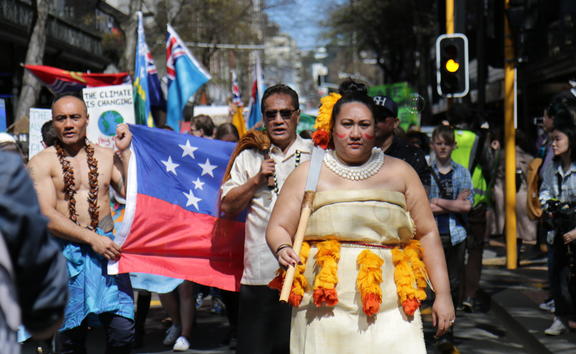 For many, the Pacific Islands represent ground-zero in the fight against climate change.

"We've made an intergenerational march and we're fighting for our Pacific people - that's what's made it for all these people to stand as one. Standing in solidarity no matter what island we come from, what we speak, just coming together."

It was clear - adults had responded to the organisers call for support for the youth-led movement.

Lachlan Ridley had a very straightforward reason for turning up to today's march in Wellington.

"I'm a big fan of not dying and this seems like the best way to avoid that," he said.

"Something needs to happen and this seems the most effective way to make things change."

Rachel Ridley said she joined the march through the capital because it was time to show politicians that a lot of people wanted urgent change.

"It's really important that we do something about climate change and I think it's important that everyone shows that they're really keen on the government doing something," she said.

Lise and John Satherley said they missed the previous two climate marches but joined their daughter in today's march because they felt the momentum for action was growing.

"I'm not a political animal but this is too huge," Ms Satherley said.

Mr Satherley said: "I've known about these issues for decades and nobody's done anything about it. There's a lot happening but a bit too late really so we need to just get behind it and make sure it does happen."

Sridhar Ekambaram said he wanted to show young people they were not alone in demanding faster action on climate change.

"I just want to show the future generation that I care about them and so I come here to support them," he said.

"They are pretty brave. They are doing what we keep thinking we should be doing."

Lucia Catan, 9, said she was at the strike to try and head off the worst effects of climate change.

"We need to go on strikes to protect the world from turning into a bombsite," she said.

Victoria University student Anna McTaggart held a sign that read "I don't want my retirement plan to be the apocalypse".

"I think it's just kind of crappy that we're killing the environment," she said.

Ms McTaggart was encouraged that many older people had joined the march.

"There's a conception that the old people don't care, and it's really good to see that there are people from the older generation who do care about these issues."

In Christchurch, more than 2000 protesters gathered in Cathedral Square. One of them was 79-year-old Keith Thomson who said he was protesting to protect future generations.

Mr Thomson said some political parties hadn't received the message about the impacts of climate change.

And although the outcome of climate change would have little consequence to him due to his age, he feared for younger people.

In Nelson a crowd of about 2000 protested. Isaiah Malaulau, 18, from Nelson College said it was sad that students had to demand change from the government. He was also prepared to make changes himself.