In the 1960's people flooded the streets to protest nuclear testing, and 20 years later they fought tooth and nail to stop the Springbok tour. Today, they're marching for the planet. 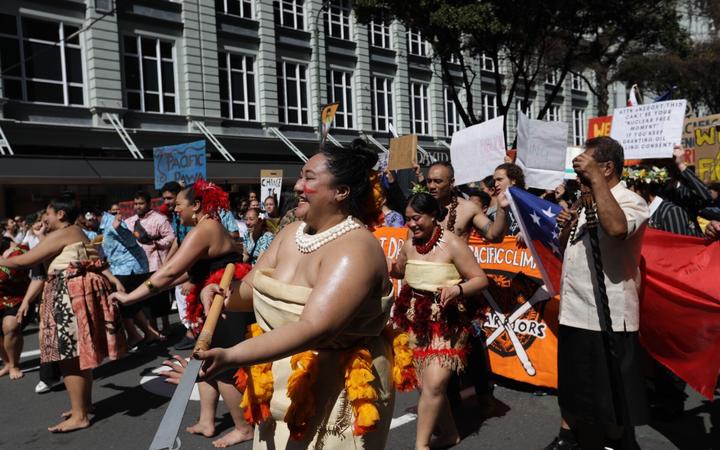 Primarily, they want the government to declare a climate emergency and then implement policies to ensure it is solved.

The protesters are also hoping to see a cross-party consensus on the Zero Carbon Bill and a promise that fossil fuel exploration will end.

There will be more than 40 events throughout the country, but the big ones will take place in the major centres:

The Auckland protest at Aotea Square were set to be moving down to Quay Street to form a human chain.

In Wellington, people were gathering in Civic Square before marching on to Parliament where an open letter with 11,000 signatures will be delivered.

Dunedin strikers will march from the Dental School to the Octagon.

Organisers said more than 200 businesses had also signed on to join the protests, including the transport company Scania New Zealand.

Clothing companies were also shutting up shop, with Kowtow, Commonsensea and Macpac encouraging staff to join the strikes.

The fashion industry is a known polluter, with the charity Tearfund estimating the industry is responsible for 10 percent of global emissions.

All universities except the University of Auckland are encouraging their staff and students to join the strike also.

RNZ will have ongoing coverage of the strikes throughout the day, including on our live blog.