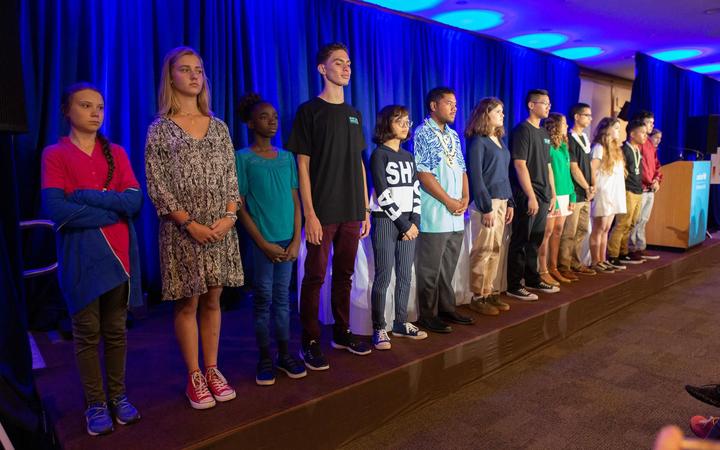 Pacific Islanders are among a group of children petitioning the UN Committee on the rights of the Child about the lack of government action on the climate crisis.

The group of 16 alleges that under the UN Convention on the Rights of the Child, the Committee should order member states to act to protect all children from the devastating impacts of climate change.

UNICEF hosted the teens including Sweden's Greta Thunberg in a press conference at the UN headquarters in New York this week.

Ranton Anjain, aged 17 from Ebeye in the Marshall Islands, was one of the speakers.

He said his country is open for people to come and see the effects of climate change up close for themselves.

"And I would also show you my old house that was destroyed by a storm in the summer of 2015. And yeah, our sea walls that we built, they're, even though we built them they're not useful." 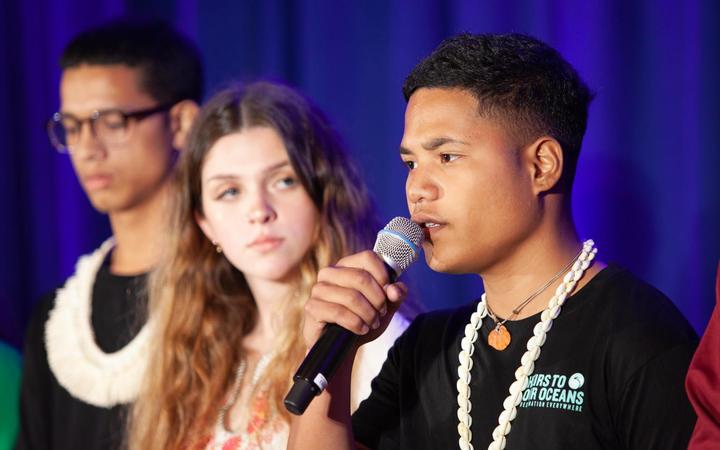 On 23 September 2019, at UNICEF House in New York, Ranton Anjain, 17, from Ebeye, Marshall Islands, speaks at a press conference. Photo: Â© Notice: UNICEF photographs are copyrighted and may not be reproduced in any medium without written permission from authorized

Other members of the group urged young people around the world to work collectively, continue in their efforts to raise consciousness of the climate crisis and not to lose hope for more effective action from adults and governments.

UNICEF supports the child petitioners exercising their right to bring their complaint via the Third Optional Protocol but plays a neutral role in the process and outcome.

Adopted on 20 November 1989, the Convention on the Rights of the Child (CRC) is an international human rights treaty outlining the civil, economic, social, political and cultural rights of children - without discrimination.

It is the most widely ratified human rights treaty in history. Complaints filed under the CRC's Third Optional Protocol are adjudicated upon by the Committee on the Rights of the Child - a group of independent experts.

The Committee is able to receive complaints from children, groups of children or their representatives against any State that has ratified the Protocol.

"There are no walls with climate change."

"It will be the kids who pay the consequences"

"The world is going to be sad"

"I sued my government because I want a better future"

"I don't want to be underwater"

"And the waves are eating up my islands"

"I feel lost. I like to keep my mind off it because it scares me, but it still pops up a couple of times a day"

"It depends on the way we start caring about our environment"

"The climate crisis is not just the weather. It means also, lack of food and lack of water [and] places that are unliveable and refugees because of it. It is scary."

"Unfortunately, governments are ignoring us. They are careless about climate change in general"

"Because if I have kids, I want them to live like I did - to hunt, fish, gather. I want to teach them"