Five people have died after a garment factory was set ablaze by looters near Chile's capital Santiago amid a wave of protests. 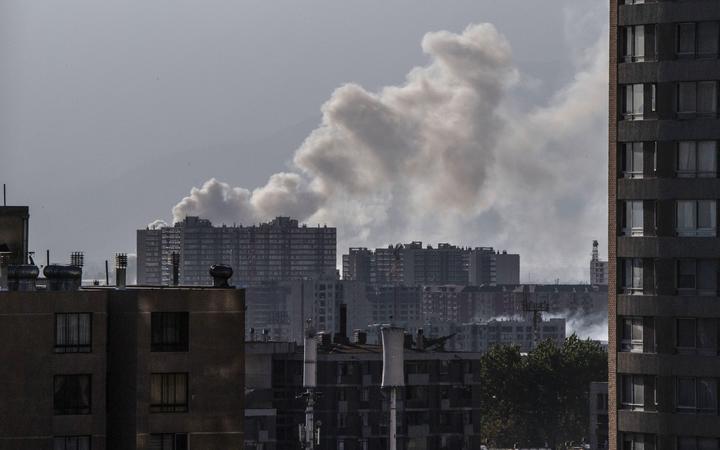 Smoke billows from a warehouse in Renca neighbourhood, in Santiago. Authorities have blamed looters for setting it on fire and causing the deaths of five people. Photo: AFP

The military and police used tear gas and water cannon against demonstrators, and a night-time curfew was imposed in major cities.

The unrest, sparked by a now suspended metro fare hike, has widened to reflect anger over living costs and inequality.

"I'm convinced that democracy not only has the right, it has the obligation to defend itself using all the instruments that democracy itself provides, and the rule of law to combat those who want to destroy it," he said after an emergency meeting with officials.

Protests continued across the country despite a state of emergency in five regions declared by Mr Piñera on Friday, allowing authorities to restrict people's freedom of movement and their right to assembly.

Thousands of soldiers and tanks have been sent to the streets of the capital and other cities for the first time since 1990, when Chile returned to democracy after the dictatorship of Augusto Pinochet.

On Sunday, looting and arson continued and protesters set more buses on fire, smashed up metro stations and clashed with riot police. 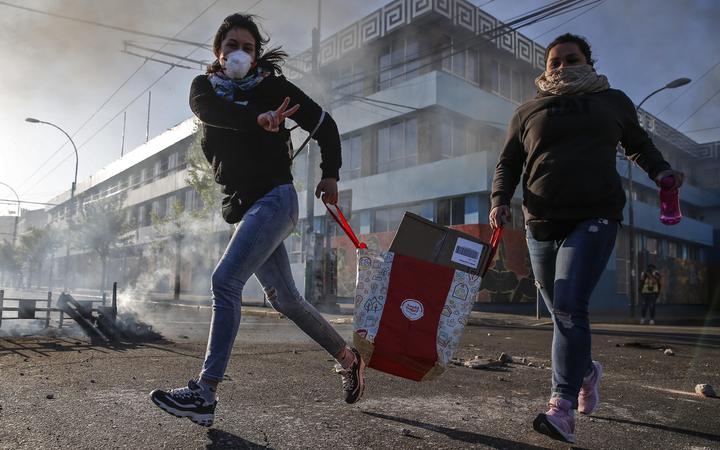 A looter flashes the V sign as she runs during protests in Valparaiso. Photo: AFP

A night curfew was imposed in the areas of Santiago, Valparaíso and Coquimbo y Biobío.

In Santiago, almost all public transport was suspended, flights out of the international airport were cancelled and shops remained closed.

On Saturday, three people were killed in arson attacks at two supermarkets. 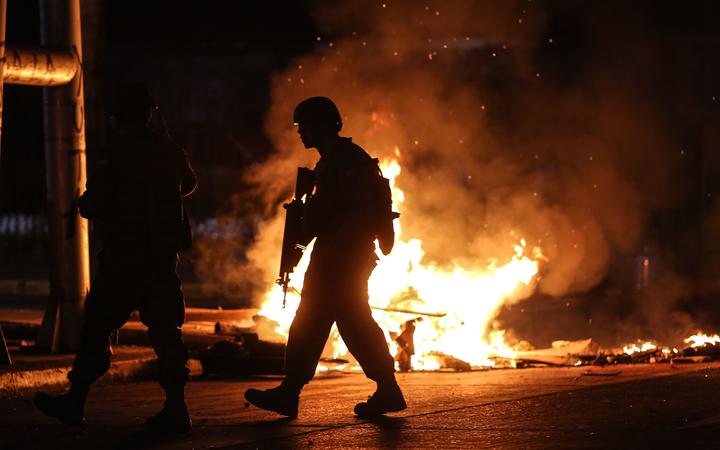 A soldier patrols a street in Concepcion as violence continues in several parts of Chile. Photo: AFP

More than 1400 people were detained across the country, officials said, while two people suffered gunshot wounds after a clash with police.

The unrest, the worst in decades, has exposed divisions in the nation, one of the region's wealthiest but also one of its most unequal, and intensified calls for economic reforms.

The conservative president suspended the rise in the Santiago metro fare on Saturday, saying he had listened "with humility" to "the voice of my compatriots".