A small business in rural Hawke's Bay is cashing in on global demand for its health and beauty ingredients made out of animal by-products such as placentas, brains, and eyes.

The ingredients manufactured at Agri-lab, tucked away in the small town of Waipukurau, are sent all over the world.

Ms Payne started the lab business in 1999, having previously worked as a veterinary nurse and on various jobs such as embryo transfer and parasitology.

"The placenta is the biggest part that we're processing, and then after that it's the brains - the derivatives of the brain glands." 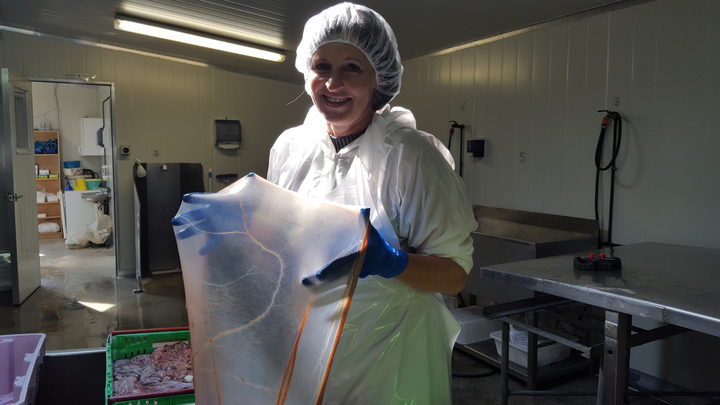 Farmers and horse breeders from all over New Zealand supply Agri-lab with the placentas while other animal parts come from freezing works nationwide. Ms Payne said the placentas were sourced from farms of the highest animal welfare and environmental standards.

The business processes about 120 tonnes of raw animal by-products a year. It is bought mainly by overseas companies and turned into beauty products, health supplements, and drugs for medicine. 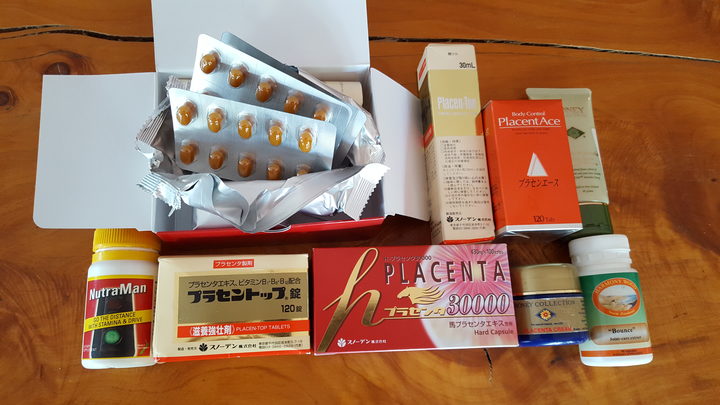 A range of products that use ingredients from Agri-lab Photo: RNZ / Alexa Cook

Less than one percent of Agri-lab's ingredients are bought by the cosmetic industry, but it's this market which attracts big international attention.

"Ironically those are the items that pretty much put us on the map, because when Reese Witherspoon, Simon Cowell, and Posh Spice use these placenta extracts on their face, the Daily Mail trace it all the way back to our little premises in Waipukurau."

She said since then, the business has had a huge amount of exposure through the international media.

"It's funny, New Zealand is a good mower of tall poppies, and Central Hawke's Bay has probably got the sharpest scythe of them all ... but we're more famous on the international stage than we are locally in that regard."

But the journey to international fame has not been without its challenges, including cool store fires, truck crashes - and the 2005 foot and mouth scare which turned out to have been a hoax.

"I've had product in the air on the way to Japan when the Waiheke Island foot and mouth pseudo-outbreak broke everything that was in the air at the time, as soon as it landed it went into an incinerator.

"There was all my work gone, especially in a vulnerable time when I hadn't really learnt enough about having good insurance cover ... which I've now got." 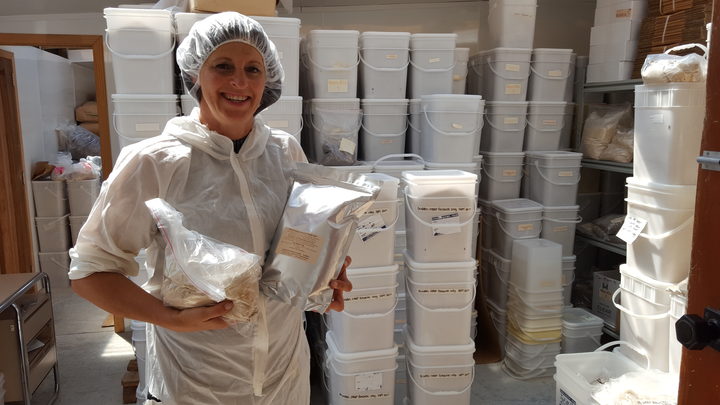 A placenta has three parts - the amnion which encases the baby animal, the chorion which is the outermost fetal membrane around the embryo, and the umbilical cord. Each has different health qualities and is used in various products.

Every bit of the placenta is used. For example, the amniotic sac where a baby animal grows in is full of collagen, and the chorion contains coenzyme Q10 used in anti-ageing and dietary supplements.

Agri-lab's customers come from all around the world, including the US, Japan, Canada, Germany, Denmark and Taiwan.

The US market for health supplements is forecast to grow to at least $US45 billion in the next three years, and with a large and growing global market for anti-ageing products, Agri-lab placentas are in high demand. Ms Payne says buyers come to her, rather than the other way around.

"It all goes into the anti-ageing market because it's rich in that coenzyme Q10 and a whole lot of other growth factors." 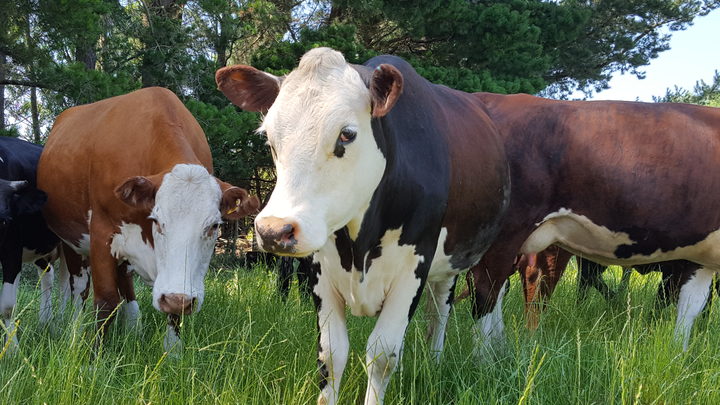 The factory is busiest from September to December, and during April and May - to coincide with lambing, calving and foaling seasons.

Raewyn Cheer is process and compliance manager at Agri-lab, and works at the factory and packhouse with husband Kerry.

Mrs Cheer is in charge of the charge of eight seasonal workers, and says it is good work that fits in with their lifestyle. 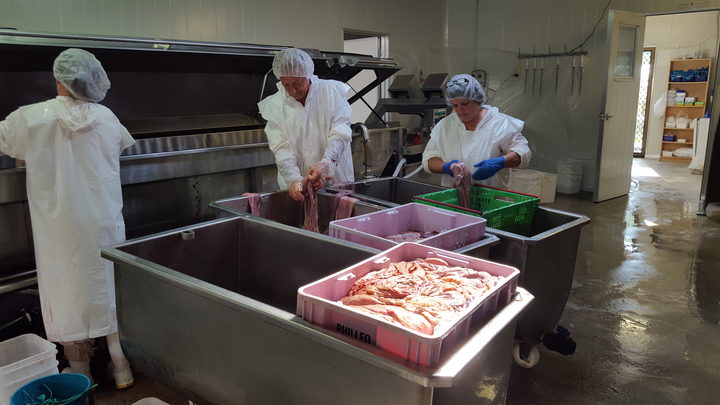 "It's messy, sometimes it can be smelly, but you get used to it. It doesn't bother us - we've been doing it for about three years now.

"We have a few eight week stints and then after that we cruise off somewhere fishing."

Once the animal products have been processed and either frozen, or freeze dried, turned into powder, or liquid serum, they're packed and stored until testing.

The next venture on the cards for Angela Payne is to explore the market for freeze dried whole sticks of deer velvet, and to get more product into South Korea.

And her advice to others - "you've just got to do it." 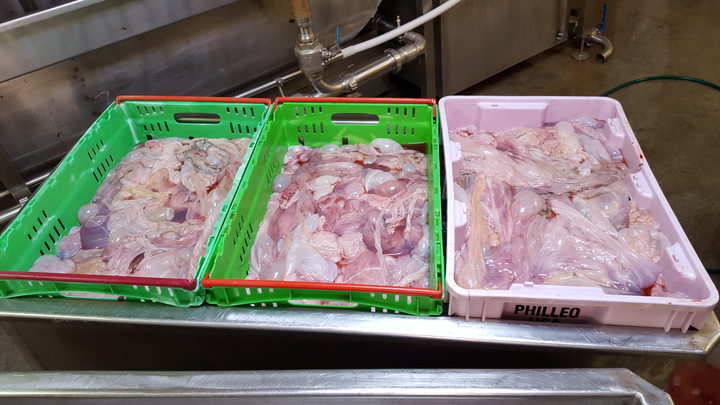 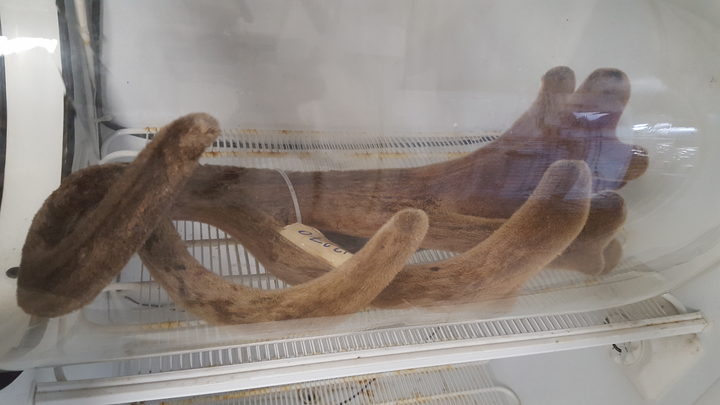 Freeze-dried deer velvet will be sold in pieces rather than powder. Photo: RNZ / Alexa Cook