Acting Prime Minister Winston Peters won't say he has full confidence in technology company Fuji Xerox, despite it being reinstated as a government contractor. 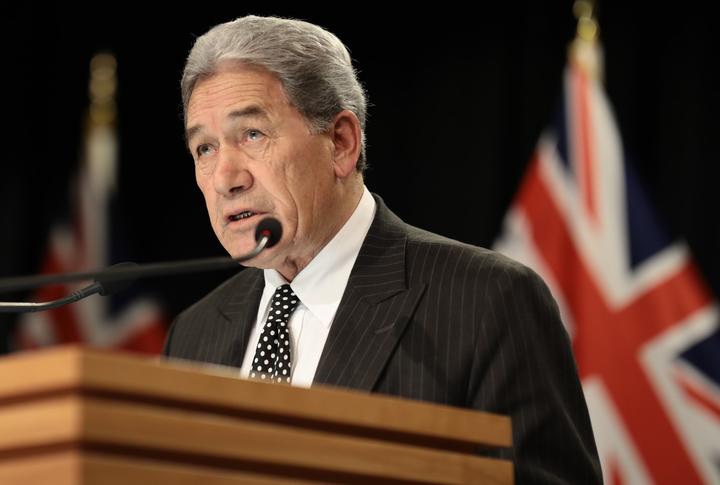 The company was suspended in late 2017 from its all-of-government contract for printing and office supplies after an independent report uncovered accounting "irregularities" and $466m in losses at Fuji Xerox New Zealand and its Australian partner.

The Serious Fraud Office is still investigating the company, but its suspension from applying for government contracts has been lifted.

The Ministry of Business, Innovation and Employment (MBIE) implemented a new code of conduct for all its suppliers last month over the concerns that prompted the suspension.

Acting Prime Minister Winston Peters was one of the company's biggest critics prior to the election in 2017, saying the whole scandal portrayed New Zealand as a banana republic.

"This is nothing less than a stain on our country's reputation and demands that serious questions be asked about External Reporting Board standards - a Crown agency - and other public bodies charged with detecting and defeating fraud," Mr Peters said in June 2017.

"Accounting irregularities at Fuji Xerox NZ went unnoticed over a five-year period and this raises serious questions about standards set by the External Reporting Board."

"We are being made to look like a banana republic and this grates when the government ignored repeated warnings from NZ First," he said.

Two years down the track, Mr Peters said he most definitely stood by those comments, and would not say he had full confidence in the company now.

"I didn't say that, all I'm saying is setting things right was the first thing the Japanese had to do and I believe they set about to do that.

"As to what is happening now I'm not over it because it's in someone else's portfolio. But bear in mind it only enables [Fuji Xerox] to tender or be part of a tender round, it doesn't mean they're going to be winning the tender at this point in time."

Mr Peters said Fuji Xerox Japan had made a very "fulsome, unreserved apology" to the New Zealand government and taxpayers before the completion of the Serious Fraud Office's investigation.

"They'd obviously conducted their own investigation. This is such a rare thing for international corporations to do that - one should commend it when it does happen," Mr Peters said.

An MBIE spokesperson said the ministry made the decision to lift the suspension with effect from 1 May, but it was still subject to probationary terms.

"The probationary period remains in effect until September 2020, over which time the Ministry will continue to monitor FXNZ and their engagement with government agencies," the spokesperson said.

In the roughly five years before its suspension, Fuji Xerox New Zealand secured about $55m in contracts with the government.

The new supplier code of conduct was published on 4 June. Individual agencies will determine how they implement and enforce it.