Two people were shot dead in the past decade by people who had a New Zealand firearms licence despite having been convicted of crimes in Australia. 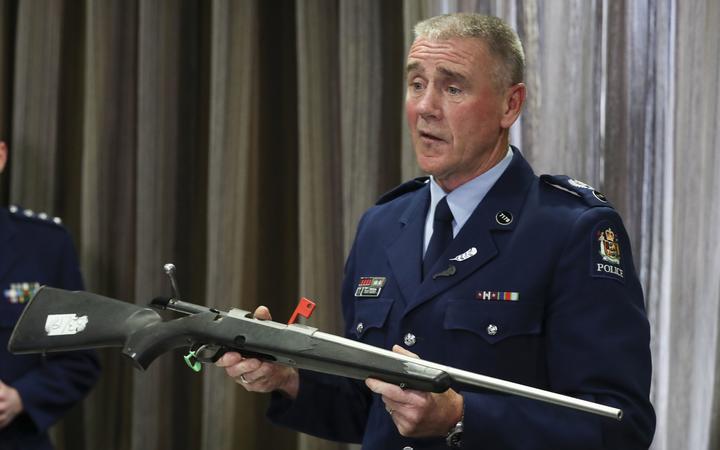 Figures from police records obtained by RNZ under the Official Information Act showed at least 639 people with criminal convictions in Australia were granted firearms licences here.

Of those, 37 went on to commit firearms crimes, including two homicides.

Police said those applicants may not have declared the conviction - or if they did, it was considered insufficient reason to decline the licence.

They weren't willing to be interviewed, but in a statement, acting superintendent Mike McIlraith - the officer in charge of the Arms Act service delivery group - said convictions would have been taken into account by the vettor and arms officer as part of the vetting process.

He said the convictions were often minor "and/or may have happened some years ago", and the licences would have been granted because those people would still have been considered fit and proper people to hold firearms licences.

Vettors do not routinely check Australian conviction records - they can request information from overseas officials as part of the process but it is only undertaken if seen as required.

Police do however have an information sharing agreement with Australia regarding New Zealanders who have been deported.

Mr McIlraith said there were proper processes in place to check if a person was fit and proper.

"This process includes interviewing the applicant and a family referee, usually the spouse as well as an interview with an [independent] person who knows the applicant well," he said, and that was backed up by vetting records.

However, Police Association President Chris Cahill said there was no way for police to get information about previous convictions in some countries, and their reference checking and 'fit and proper person' testing needed to be stronger to bridge the gap.

"While we may have appropriate data sharing relations with some countries, with others we don't, so we have no way of checking if they had previous convictions."

He was also concerned about tourists applying for visitors' firearms licences, which depended on them having a firearms licence in a different country, saying it was impossible to ensure the standards upheld overseas matched New Zealand's.

Police Minister Stuart Nash also would not comment on the matter, saying his focus was currently on the gun buyback scheme.

The government is looking at tightening the rules for firearms licensing, police vetting, and the requirements to be a 'fit and proper' person in the next Arms Amendment Bill.

Further details about the new bill are expected to be released this month.

Gun Control NZ's Nik Green suggested people applying for a license could, like teachers, be required to supply police records from all the countries they had lived in for more than 12 months.

He said there may well be circumstances where a previous conviction did not disqualify someone from getting a license, but it was hard to think what that might be.

"We'd certainly want to see a very high bar applied for that."