Technology company Fuji Xerox New Zealand has been reinstated as a government contractor after being suspended for more than a year. 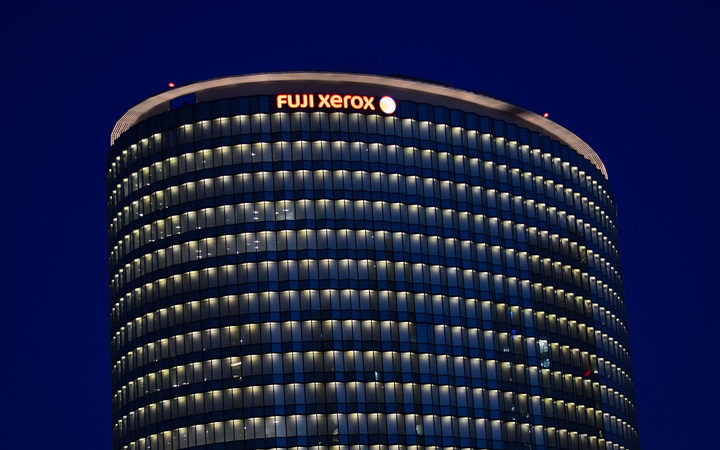 The suspension in late 2017 followed allegations of accounting irregularities that uncovered half a billion dollars in losses at Fuji Xerox New Zealand and its Australian partner.

The Ministry of Business, Innovation and Employment confirmed to RNZ today that Fuji Xerox has been reinstated, even though the company remains under investigation by the Serious Fraud Office.

The ethical concerns and circumstances that led to the suspension of Fuji Xerox in the first place led to the Ministry announcing in January that it was implementing its own code of conduct for businesses that provide services to the government.

"While the development of the code doesn't stem directly from ethical concerns over any one supplier or situation, the circumstances which led to the suspension of Fuji Xerox from the All-of Government contract highlighted that stronger and more explicit provisions were needed in government contracting,'' an MBIE spokesperson said in January.

The code is likely to include expectations that suppliers will manage their activities and affairs, and conduct themselves, with integrity.

Suppliers will be expected to adhere to all laws, regulations and ethical standards, not engage in any form of corruption and be transparent about their practices and activity.

"The supplier code of conduct will likely apply to not only contracts that suppliers have with the government, but also to suppliers' overall conduct,'' a spokesperson said.

Prior to the election in 2017, New Zealand First leader Winston Peters was highly critical of the company's demise, saying it portrayed New Zealand as a "banana republic''.

"This is nothing less than a stain on our country's reputation and demands that serious questions be asked about External Reporting Board standards - a Crown agency - and other public bodies charged with detecting and defeating fraud," Mr Peters said in June 2017.

"Accounting irregularities at Fuji Xerox NZ went unnoticed over a five year period and this raises serious questions about standards set by the External Reporting Board."

"We are being made to look like a banana republic and this grates when the government ignored repeated warnings from NZ First," he said.

A spokesperson for the Ministry said: "Having considered a range of factors, including Fuji Xerox's performance and remediation actions over the course of the suspension, New Zealand Government Procurement has decided to lift the formal suspension of Fuji Xerox under the Print Technology and Associated Services All of Government contract on probationary terms.

The Serious Fraud Office said its investigation relating to Fuji Xerox is "not impacted by MBIE's decision to reinstate the company on the All-of-Government panel".

It's understood that investigation is specific to people who may no longer work at Fuji, as opposed to the company as a whole.