The Ministry of Business, Innovation and Employment (MBIE) is implementing its own code of conduct for businesses that supply goods and services to the government, and Business NZ warns some may forgo contracts if the code is too stringent or has costs attached. 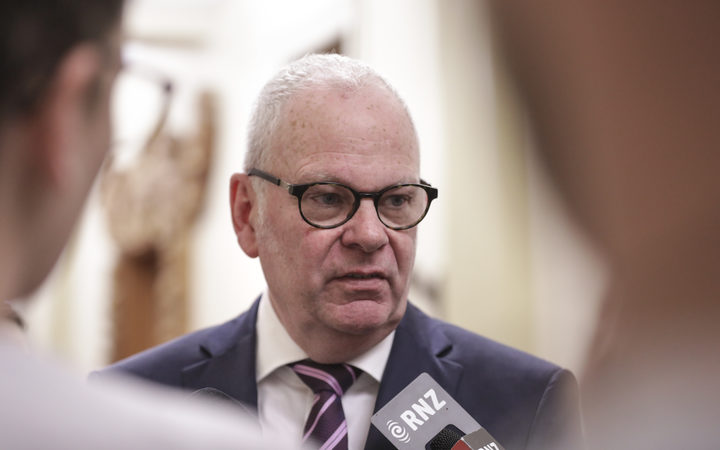 Contractors who provide goods and services to the government were given a heads up about the new rules in an email late last year.

The State Services Commission code of conduct hit headlines last year after Commissioner Peter Hughes released a report into the use of external security consultants that found a private security firm acting on a crown agency's behalf made potentially illegal recordings of quake claimants.

Government departments have been told to clean up their act when it comes to adhering to the code, but MBIE is taking it one step further, which Business NZ warns could put some government suppliers off.

While the idea of a code has been in development since the end of 2017, a spokesperson for MBIE said the ethical concerns and circumstances that led to the suspension of Fuji Xerox earlier in 2017 highlighted the need for "stronger and more explicit provisions" in government contracting.

It followed allegations made against the company earlier in the year over accounting irregularities that uncovered half a billion dollars in losses at Fuji Xerox New Zealand and its Australian partner.

"While the development of the code doesn't stem directly from ethical concerns over any one supplier or situation, the circumstances which led to the suspension of Fuji Xerox from the All-of Government contract highlighted that stronger and more explicit provisions were needed in government contracting,'' an MBIE spokesperson said.

The code is likely to include expectations that suppliers will manage their activities and affairs, and conduct themselves, with integrity.

Suppliers will be expected to adhere to all laws, regulations and ethical standards, not engage in any form of corruption and be transparent about their practices and activity.

"The supplier code of conduct will likely apply to not only contracts that suppliers have with the government, but also to suppliers' overall conduct,'' a spokesperson said.

However, Business NZ chief executive Kirk Hope said some businesses may just pull the plug on contracts with government departments if a new code of conduct is too stringent.

"If there are additional obligations and things they have to do in their business to meet standards, additional auditing of small to medium businesses, particularly if they're only a small supplier then they might say this isn't going to work for us," Mr Hope said.

"But that would be counter productive because what the government needs is a good pool of suppliers for any given set of goods and services so in some ways they need to be a bit careful on where they strike the balance on this."

While it is a bit of a change of tack for businesses, it's not uncommon in other jurisdictions and many businesses will easily comply with minimal fuss, he said.

It's more likely to be small businesses, such as a cafe owner that supplies a morning tea to a government department a couple of times a year, that might decide it's not worth the hassle.

Mr Hope said the businesses impacted would be "pretty wide-reaching" and it's not just the supplier that will be affected but the number of businesses that sub-contract to the supplier as well.