Poll of Polls - Voters have broadly endorsed the new government in three polls taken since the government was formed. 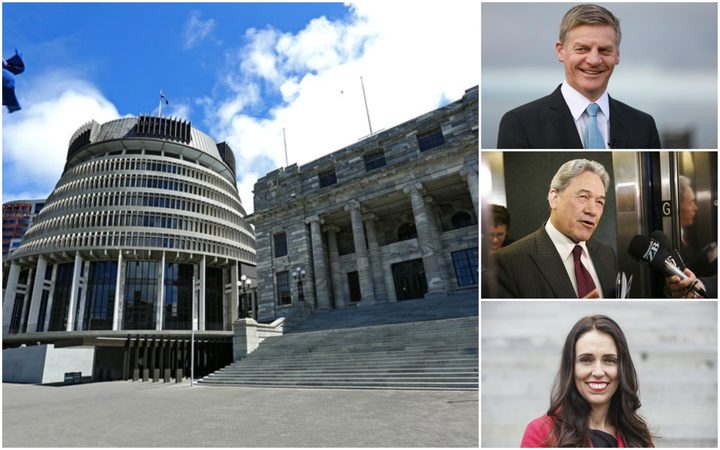 That comes through in party support measures and measures of confidence in where the country is going in a Morgan Research poll in the first third of November, an unpublished UMR poll (done for the Labour party) up to mid-November and a 1 News Colmar Brunton early this month.

That majority has grown. The average of the three post-government-formation polls has given National 42.4%, 11% behind the three-way government's total of 53.4%: Labour 39.3%, Greens 8.6% and New Zealand First 5.5%. A Labour-Green-only combination has a clear 5.5% lead over National.

The latest averages represent roughly a 2% swap from National to the government since the election.

That is no big bounce, but Labour was up in all three polls to almost exactly the same reading in each.

The big difference in the three polls was that the 1 News Colmar Brunton had a much stronger result for National (46%) than the two earlier polls which had National only 1 percentage point ahead of Labour. Colmar Brunton has changed its sampling methodology to polling half on landlines and half on mobile phones.

All three polls had a weaker result for New Zealand First than in the election.

That preference amounted to 1.9-2.0 percentage points out of New Zealand First's 7.2% election result. If those voters have deserted New Zealand First since its choice of Labour, that would suggest it might be expected to be polling around 5.2%-5.3% - that is close to the Poll of Polls figure.

Another measure suggests that voters are comfortable with the arrangement. All three polls ask if voters think the country is heading in the right direction or on the wrong track. Morgan recorded 66.5% positive to 20% negative, UMR 65%-17% and 1 News Colmar Brunton 51%-26%.

These are substantially higher than before the election.

And Prime Minister Jacinda Ardern had a clear lead over National leader Bill English in all three polls as preferred prime minister or in positive-v-negative ratings.