Poll of Polls - Labour and National are only two seats apart in the latest poll of polls average with Newshub Reid Research's latest poll, released last night, added in. 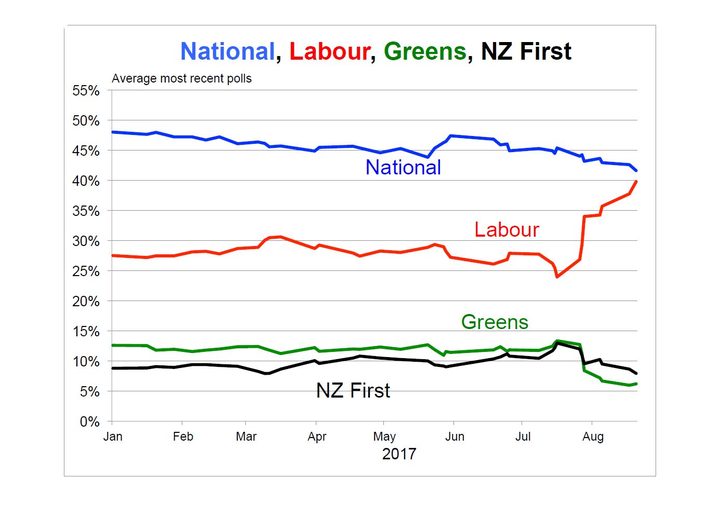 In RNZ's latest average of the three most recent polls, Labour has 39.8% support to National's 41.6%. Graphic: RNZ

Labour and the Greens combined are now comfortably ahead of National.

The Newshub poll was taken a little before the 1 News Colmar Brunton poll published last Thursday, so Labour's lower score than in the 1 News survey - 39.4% compared with 43% - shouldn't be read as Labour going backwards.

On this latest reading Labour would have 49 seats. The Greens' average appears to be bottoming out. It is now 6.2%, which would net eight seats, making the combined Labour and Greens tally 57.

On these figures New Zealand First remains the decider as to which major party leads the next government. But its average continues to fall, from 9.1% in Friday's poll of polls to 8.0% and 10 seats. 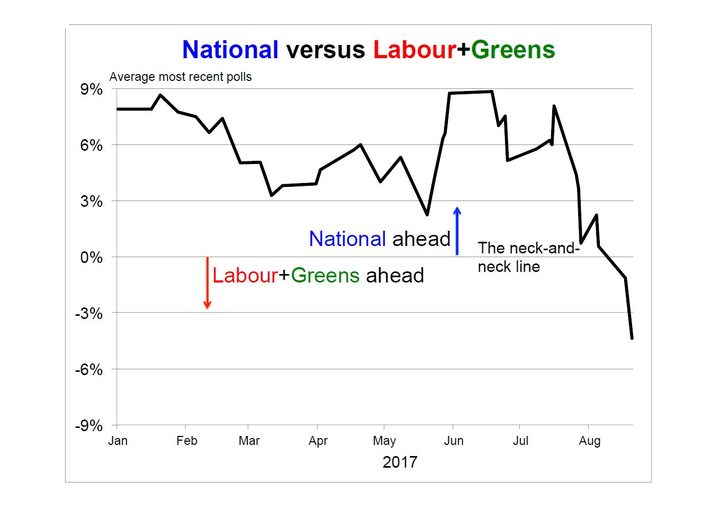 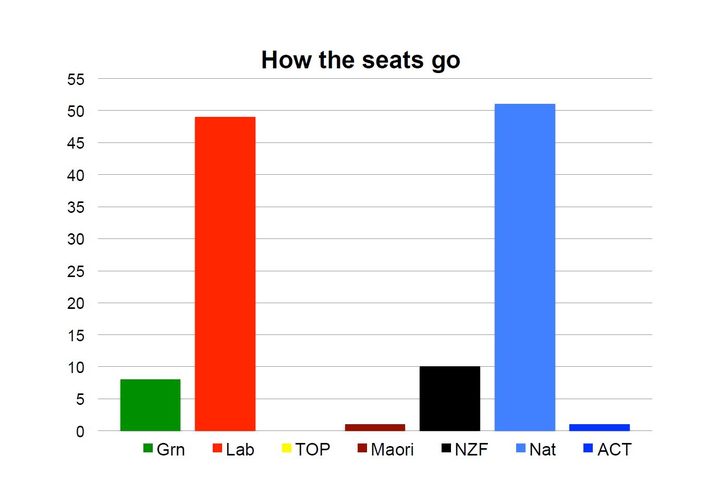 This is an arithmetical average of the three most recent polls: the unpublished UMR Research (for the Labour Party), Newshub Reid Research and 1 News Colmar Brunton. The next full update will be on Friday 8 September