Poll of Polls - A Colmar Brunton poll for TV1 taken through the five days to Wednesday has sharply lifted Labour's RNZ Poll of Polls average and put Labour and the Greens combined ahead of National. 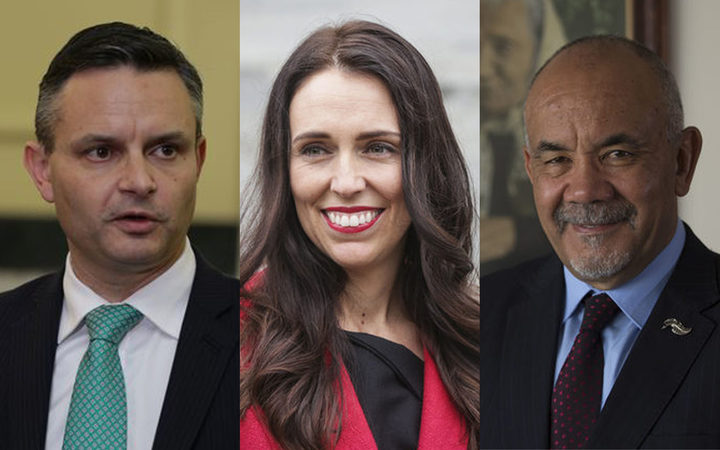 Importantly, the trend continued firmly up for Labour and steadily down for National. National was 42.9% in mid-August.

The Greens were 5.6% on the latest average (6.7% in mid-August) and still trending down, though they look on the chart to be reaching the bottom of their slide.

Put Labour and the Greens together and their latest average came in 2.8% ahead of National, for the first time since very briefly in mid-2015. 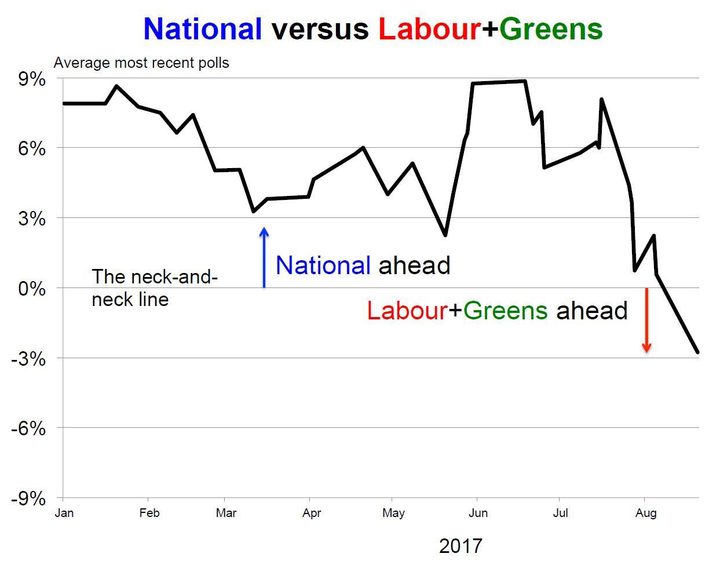 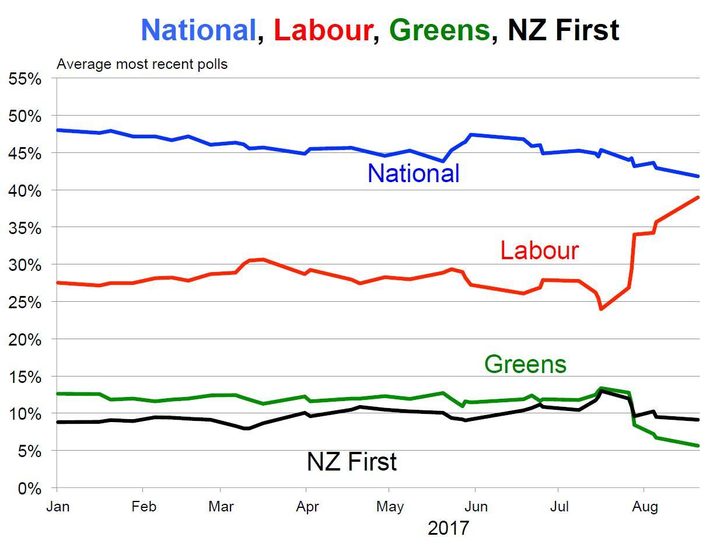 That would give Labour 48 seats and the Greens seven, a total of 55.

That is three ahead of National's 52 seats. 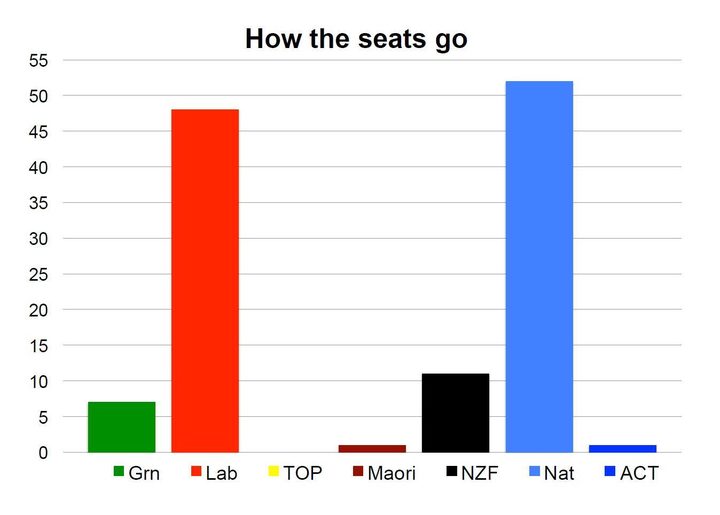 If the trend continues through the next three weeks Labour could possibly govern with just the Greens and the Māori Party.

On the latest figures, National would need New Zealand First to govern. If the downtrend continues that would take it out of contention for government.

New Zealand First continued its downtrend in the latest average, to 9.1% rounded, enough for 11 seats.

The latest average shaves the Māori Party back to 1.0% and only one seat. That also depends on it holding Waiariki or winning another electorate off Labour. ACT is presumed to hold Epsom with National votes but its latest average is a mere 0.5%.

We expect a new poll from TV3 soon. We will do a mini-update then and the next full update on Friday 8 September.

The poll-of-polls is an arithmetical average of the most recent major polls from among: TV1 Colmar Brunton, TV3 Reid Research, Roy Morgan New Zealand plus the unpublished UMR Research (for the Labour Party) and, from September 2016 to July 2017 only, Curia (for the National Party). The latest average is of the three most recent polls.